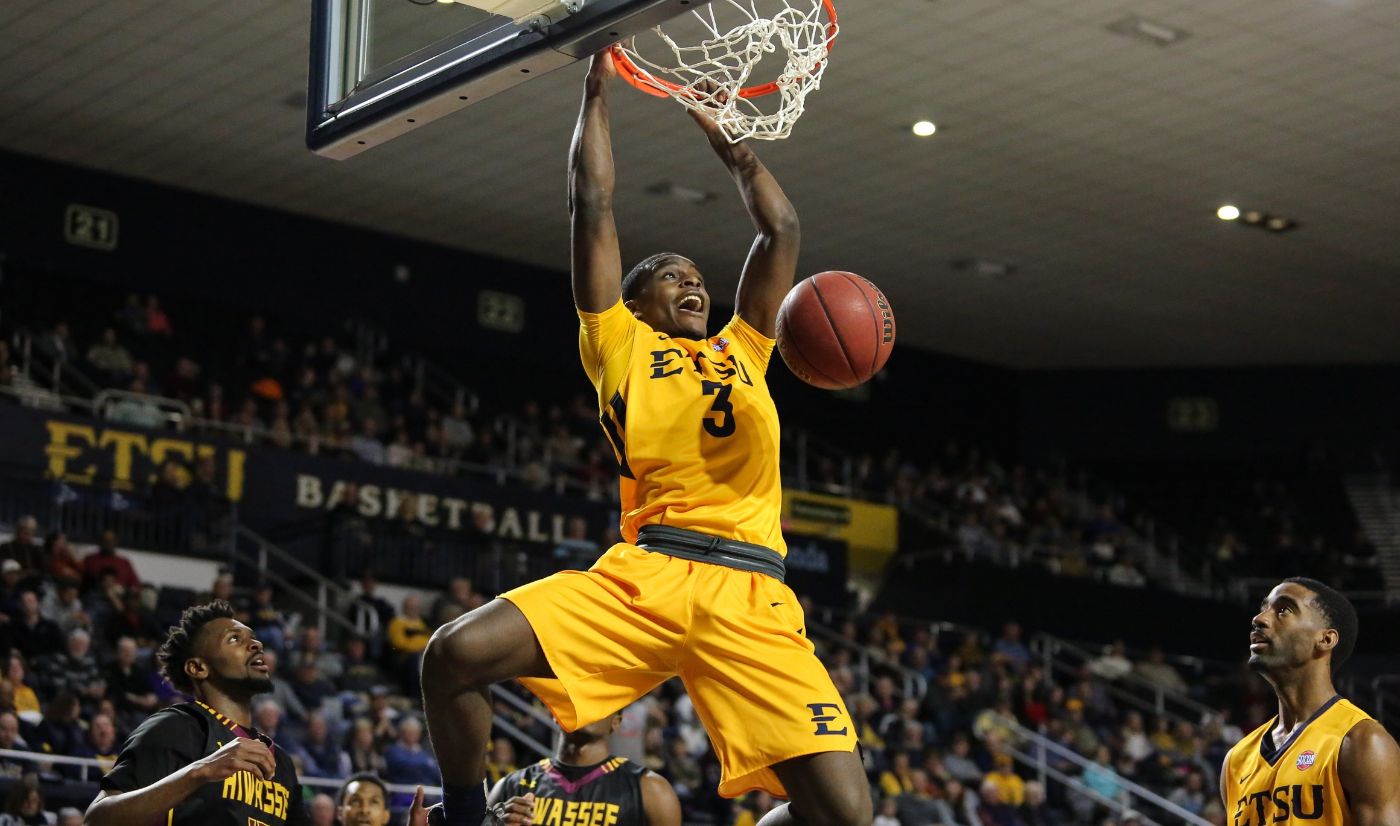 JOHNSON CITY, Tenn. (Dec. 10, 2017) – It is better to give than receive during the holiday season, and Hiwassee College was certainly in a giving mood Sunday afternoon inside Freedom Hall.

The ETSU men’s basketball team had 15 steals and forced 17 turnovers in the first half, closing the opening 20 minutes on a 23-2 run to take a 31-point lead into the intermission and cruise past the Hiwassee College Tigers, 94-48. The partisan crowd of 3,321 fans saw the Bucs improve to 6-3 on the season and head into finals week on a four-game winning streak.

“We went to pressure and they didn’t handle it well,” said ETSU head coach Steve Forbes, whose team ultimately collected a season high 22 steals on the day. “I think we do have a team that can press, we just haven’t used it a lot. We work on it a lot, so I thought that really turned the game.”

All 13 ETSU players scored in the game and each were on the floor for significant minutes, with freshman guard Bo Hodges (Nashville) leading the way with a game high 18 points on 8-of-9 shooting from the floor in just 10 minutes of playing time. Along with Hodges, sophomore guard Jason Williams (Detroit) and freshman post Mladen Armus (Belgrade, Serbia) pitched in 12 and 10 points, respectively.

The Bucs first-half dominance did not begin until 10 minutes into a game with ETSU leading 23-13. It was at that point when Forbes and his staff began to employ the team’s full-court, pressing defense.

While all the Bucs seemed to thrive over the remainder of the half and finished on a huge offensive run, it was Hodges who seemed the most comfortable on the floor, finishing the half with 13 points and two steals to go with multiple dunks in transition.

The second half started in exactly the same fashion as the first half, as senior guard Desonta Bradford (Humboldt) collected a steal and then dunked the transition basket home, making it 50-17 with 19:40 left in regulation. From there, ETSU’s large lead only continued to grow, ultimately finishing at 46 points.

Hiwassee did collect 16 offensive rebounds, and Ben Snider was the only Tigers player to reach double figures with 10 points.

Following back-to-back games at home, the Bucs will take some time to complete academic work during finals week before heading on the road to take on No. 13-ranked Xavier on Dec. 16 and Detroit on Dec. 19. For more on ETSU men’s basketball throughout the 2017-18 season, visit ETSUBucs.com and click on the men’s hoops link.