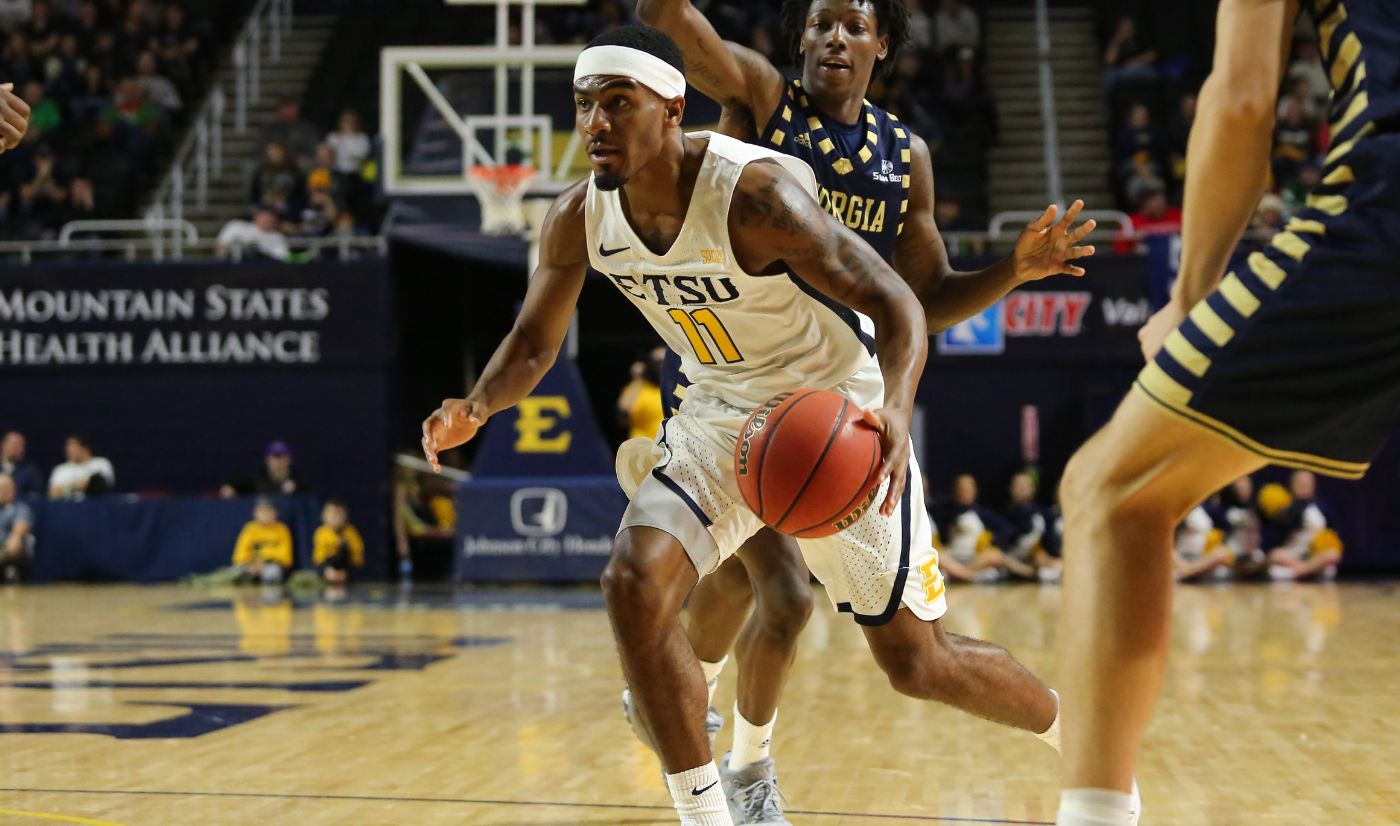 JOHNSON CITY, Tenn. (Dec. 22, 2017) – Employing a stifling defense and scoring 19 unanswered points to open the second half, the ETSU men’s basketball team took a close game and turned it into a blowout Friday night inside Freedom Hall.

Playing a Georgia Southern team that entered the game with a 9-3 record and a high national RPI ranking, the Buccaneers led by as many as 24 points multiple times in the second half and ultimately took an impressive 79-59 victory over the Eagles.

The Bucs, who were once Southern Conference rivals with Georgia Southern, improved to 8-4 on the season and have won six of their last seven games. Meanwhile, the Eagles, who are now members of the Sun Belt Conference, dropped to 9-4.

“I challenged our guys and told them the two years I’ve been here we are 0-2 on Dec. 22, with both those games against Tennessee,” said ETSU head coach Steve Forbes, whose team will now take a holiday break before returning to Freedom Hall to face Tusculum College on Dec. 28. “I wanted them to enjoy a win going into the break and we got it. The run in the second half was big, but more than the points it was the way we were defending. As a team, we’re really good on that end of the floor right now.”

ETSU ended the game shooting 48 percent from the floor and 43 percent from 3-point range, while outrebounding the Eagles, 41-30. The Bucs also outscored Georgia Southern 38-16 in bench points and 23-7 on points off turnovers.

In the first half, Georgia Southern took an early 7-6 lead, but the Bucs would quickly regain the advantage and never relinquish it the rest of the game. In fact, a 15-5 run midway through the half made it 28-18 in favor of ETSU, even though the Eagles did manage to claw back to within five at 36-31 by the intermission.

The Bucs got nine points apiece from Jurkin and sophomore guard Jason Williams (Detroit) in the first half, while Georgia Southern’s Tookie Brown scored 15 to keep the Eagles close at the break.

After the intermission, the Bucs’ 19-0 run and holding Georgia Southern to just one field goal until the 12:35 mark of the second half was the story. When the smoke cleared, the Bucs led by 24 at 57-33.

For the Eagles, the lone bright spot was Brown, who finished with a game high 24 points.