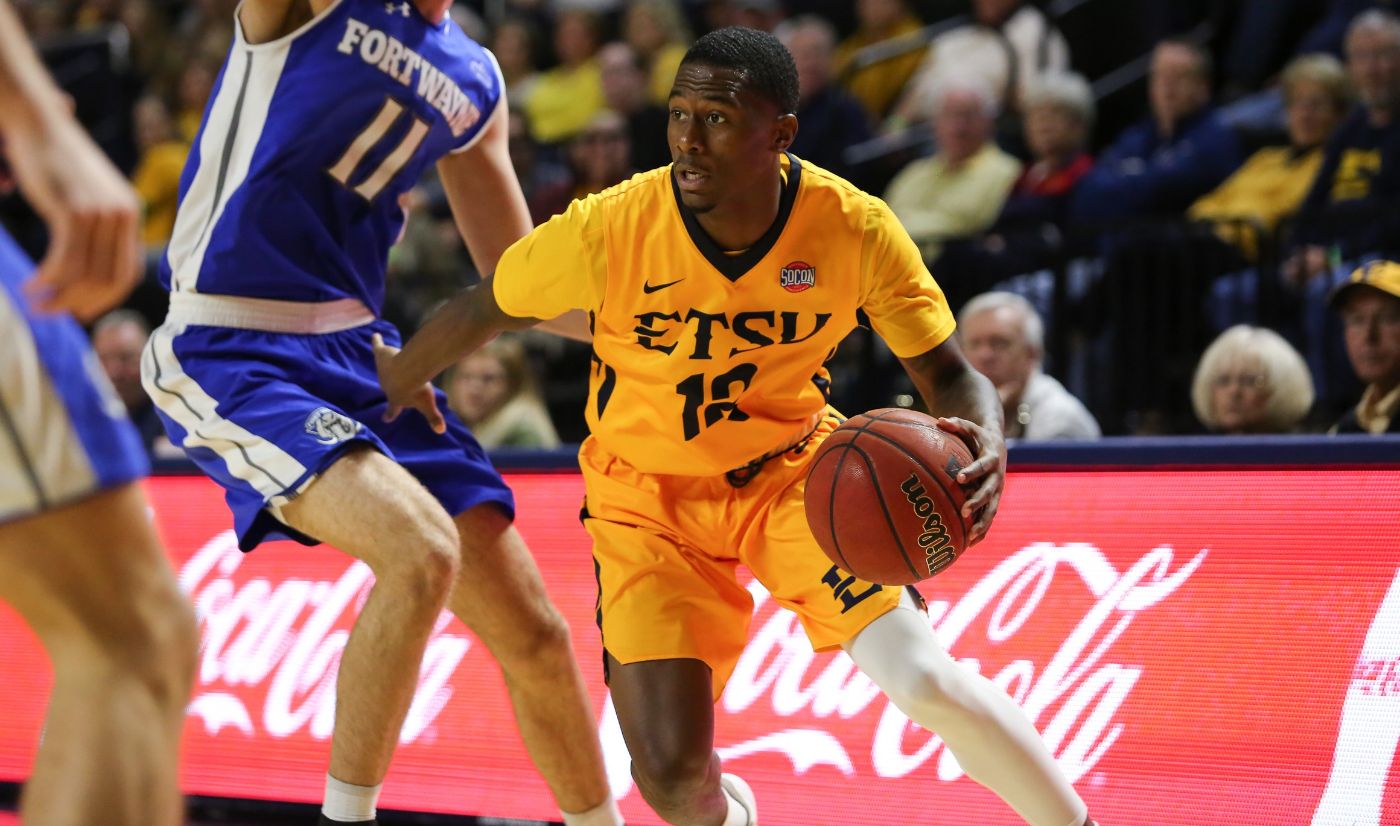 For the fourth time over the last 365 days, the Buccaneers handed the Bears a defeat, as ETSU said goodbye to the past year with a dominating New Year’s Eve victory over Mercer 74-55 in the Southern Conference opener for both teams Sunday afternoon inside Hawkins Arena.

“I knew coming in we would defend, but we were still worried about their ability to make threes,” said ETSU head coach Steve Forbes, whose team has won eight of its last nine games. “We thought the number was keeping them under 10 and they had six threes in the game. We had 10 ourselves so that was big. I thought everyone had their moments today and made plays. This is one of the better road wins we’ve had.”

The Bucs – who beat Mercer twice during the regular season and then in the quarterfinals of the 2017 SoCon Tournament back during the 2016-17 season – got a game high 22 points from senior guard Jalan McCloud (Fort Worth, Texas), a player who had hit just three 3-pointers all season but connected on four during Sunday’s game. In addition to McCloud, fellow senior guard Desonta Bradford (Humboldt) and freshman guard Bo Hodges (Nashville) each added 12 points for the Bucs.

The key stretch of the game came with the score 49-44 in favor of ETSU with 12:31 left in regulation. Over the next nine minutes, the Bucs would hold Mercer to just one field goal and use that stretch to build a 63-50 lead. From there, the Bears could only muster two more field goals, while ETSU went on an 11-5 run to close out the 19-point victory.

The story of the first half was the Bucs’ shooting effort, as ETSU hit on 63 percent of its shots from both the field and from 3-point range. Yet even with those strong numbers, Mercer led 23-22 with 6:17 left before the Bucs’ defense made its mark on the game by holding the Bears scoreless over the next three minutes of play. This led to a 10-0 offensive run for ETSU and a 32-23 lead for the Bucs with 3:40 left in the first half.

Mercer finally scored again with 3:30 left on the clock and managed to marginally cut the Bucs’ lead to six at 36-30 by the intermission. In the first half, McCloud led all scorers with 10 points.

ETSU finished the game shooting 57 percent from the field and held a 14-0 advantage in fast break points. The Bucs also had 18 assists compared to nine for the Bears. The Bucs held the Bears to just 39 percent shooting on the night. For Mercer, Ri’an Holland had a team high 12 points.

The Bucs will now move on to the second of three straight road games to open SoCon play, traveling to take on Samford on Thursday at 8 p.m. (EST) in Birmingham, Ala. For more on ETSU men’s basketball throughout the 2017-18 season, visit ETSUBucs.com and click on the men’s hoops link.