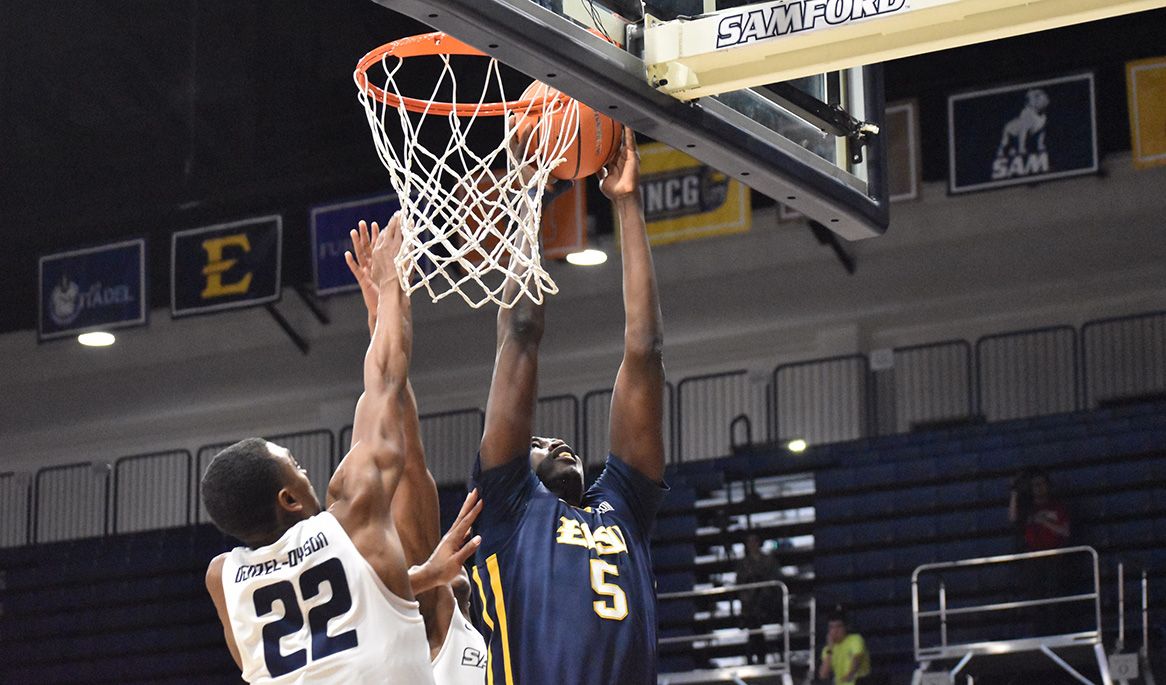 BIRMINGHAM, Ala. (Jan. 4, 2017) – With 24 assists on 31 made shots, the ETSU men’s basketball team used a highly efficient offensive effort to shoot 61 percent from the floor and drop Southern Conference rival Samford 90-72 Thursday night inside the Pete Hanna Center.

“I thought we played really well, especially on offense,” said ETSU head coach Steve Forbes. “We really passed the ball, shared it well and made open shots. We had a good plan and put in some new things against the zone, and 24 assists on 31 baskets is great team basketball.”

For the Bucs, it was the second straight decisive road win in league play following a 19-point win at Mercer on New Year’s Eve. The Bucs ultimately led by as many as 22 in this game.

To open the game, the Bucs attacked Samford’s 3-2 zone by driving the lane and dishing for dunks and short jump shots. The result was ETSU shooting 64 percent from the field and dishing out 13 assists on 16 made shots, as the Bucs built a 44-34 lead by the intermission.

Before the break, Jurkin led the way with 11 points, while Long had five assists.

In the second half, the Bucs got a pair of 3-pointers from Long that ignited a 12-5 run and made it 59-39 with just under 16 minutes left in regulation. While Samford tried to claw back and got to within 12 at 69-57, that would be as close as they would get the rest of the way.

The Bucs also held a 19-10 advantage in points off turnovers and a 32-23 edge in bench points.

ETSU will now move on to the final game of its current three game road swing to open SoCon play, traveling to take on arch rival Chattanooga Saturday at 5 p.m. inside McKenzie Arena. For more on ETSU men’s basketball throughout the 2017-18 season, visit ETSUBucs.com and click on the men’s hoops link.