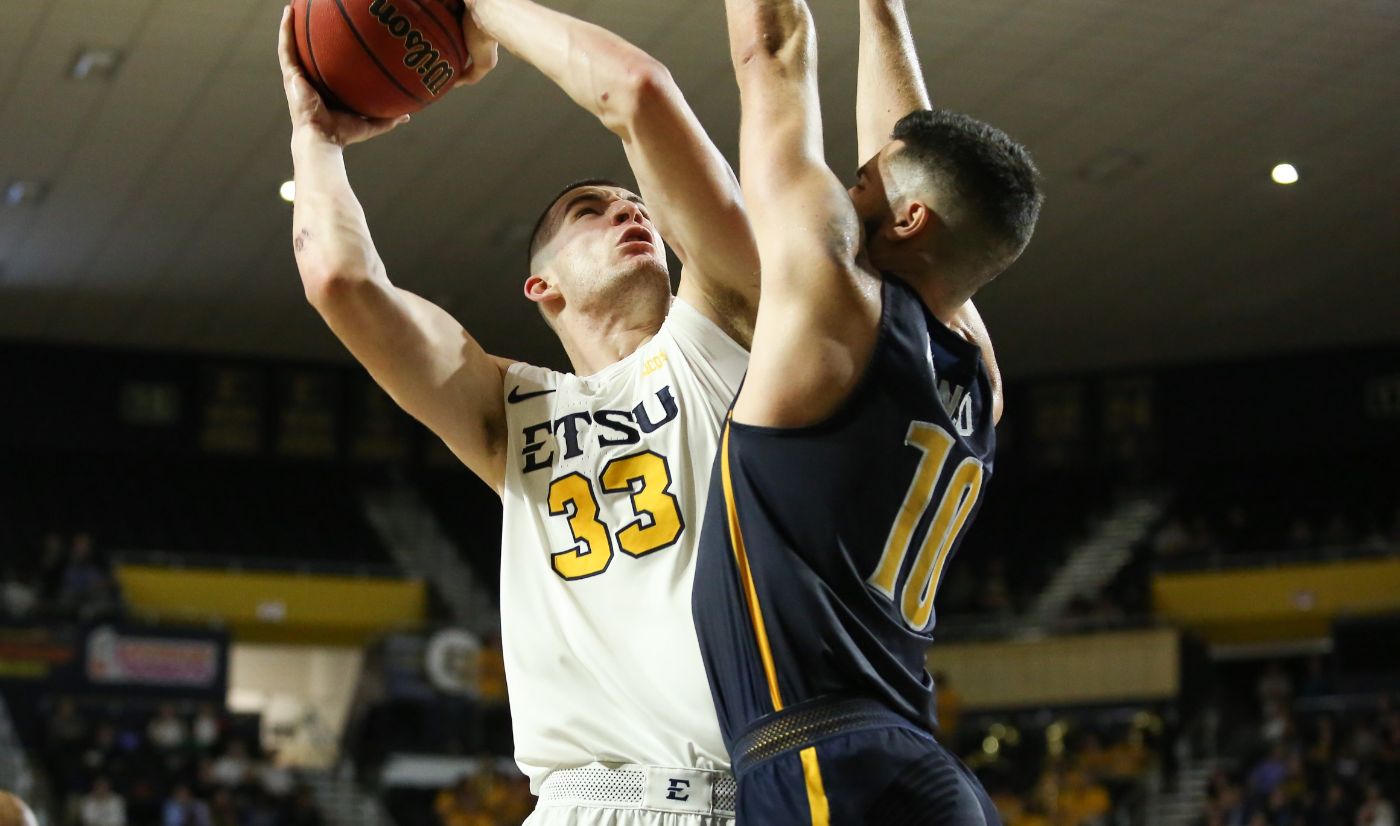 JOHNSON CITY (Jan. 11, 2018) – In a rematch of the 2017 Southern Conference Tournament championship game, the ETSU men’s basketball team once again got the best of rival UNC Greensboro.

Down five with 16 minutes left in the second half, the Buccaneers decided to turn up the pressure on the Spartans with a full-court, trapping defense, ultimately outscoring UNCG 33-19 the rest of the way to take an important 68-58 win before a crowd of 5,038 Thursday night inside Freedom Hall.

With the victory, the Bucs improved to 13-4 overall, 4-0 in SoCon play, and remain tied atop the league with rival Furman. Meanwhile, the Spartans dropped into second place at 11-5, 2-1, and left Johnson City unable to even the score after being denied a trip to the NCAA Tournament by the Bucs back in March.

“We called a timeout there when they went up five and went to pressure, and that led to some more steals, easy baskets, and seemed to help us get more stops on the defensive end” said ETSU head coach Steve Forbes, whose team has now won seven straight and 11 of their last 12 games. “That really felt like a typical game for us against those guys. It’s always tough. We have similar kinds of teams with long, athletic players and that’s what we saw again tonight.”

Defensively, the Bucs got a fantastic performance from senior guard Jermaine Long (New Orleans), who was tasked with stopping UNCG’s all-everything guard Francis Alonso and held him to just 10 points on the night. For the Spartans, forward Marvin Smith had a team high 11 points.

The first half met expectations considering the game was a matchup of the two top teams in the SoCon, as the contest featured four ties and six lead changes over the first 20 minutes of play. The largest lead for either team was just three points, even though the Bucs shot 61 percent compared to UNCG’s 34 percent clip.

In the end, ETSU led by a score of 28-27, but that was a somewhat disconcerting advantage considering Alonso and UNCG post James Dickey were saddled early with two and three fouls, respectively, and spent much of the first half on the bench.

After the break, Bucs fell behind 37-32 before regaining the lead at 38-37 thanks to the defensive adjustment. While there would be four more lead changes and a tie the rest of the way, ETSU ultimately used a 13-1 run to take a decisive 54-43 with lead with six minutes left. That would be enough for the Bucs to put the game away.

For the contest, ETSU shot 52 percent from the floor compared to UNCG’s 33 percent, but the Spartans out-rebounded the Bucs 18-9 on the offensive glass and forced 14 turnovers to basically negate that shooting advantage. The Bucs also held a 42-24 advantage in points in the paint.

The Bucs will remain at home for their next game, hosting VMI Saturday afternoon at 4 p.m. inside Freedom Hall. For more on ETSU men’s basketball throughout the 2017-18 season, visit ETSUBucs.com and click on the men’s hoops link.