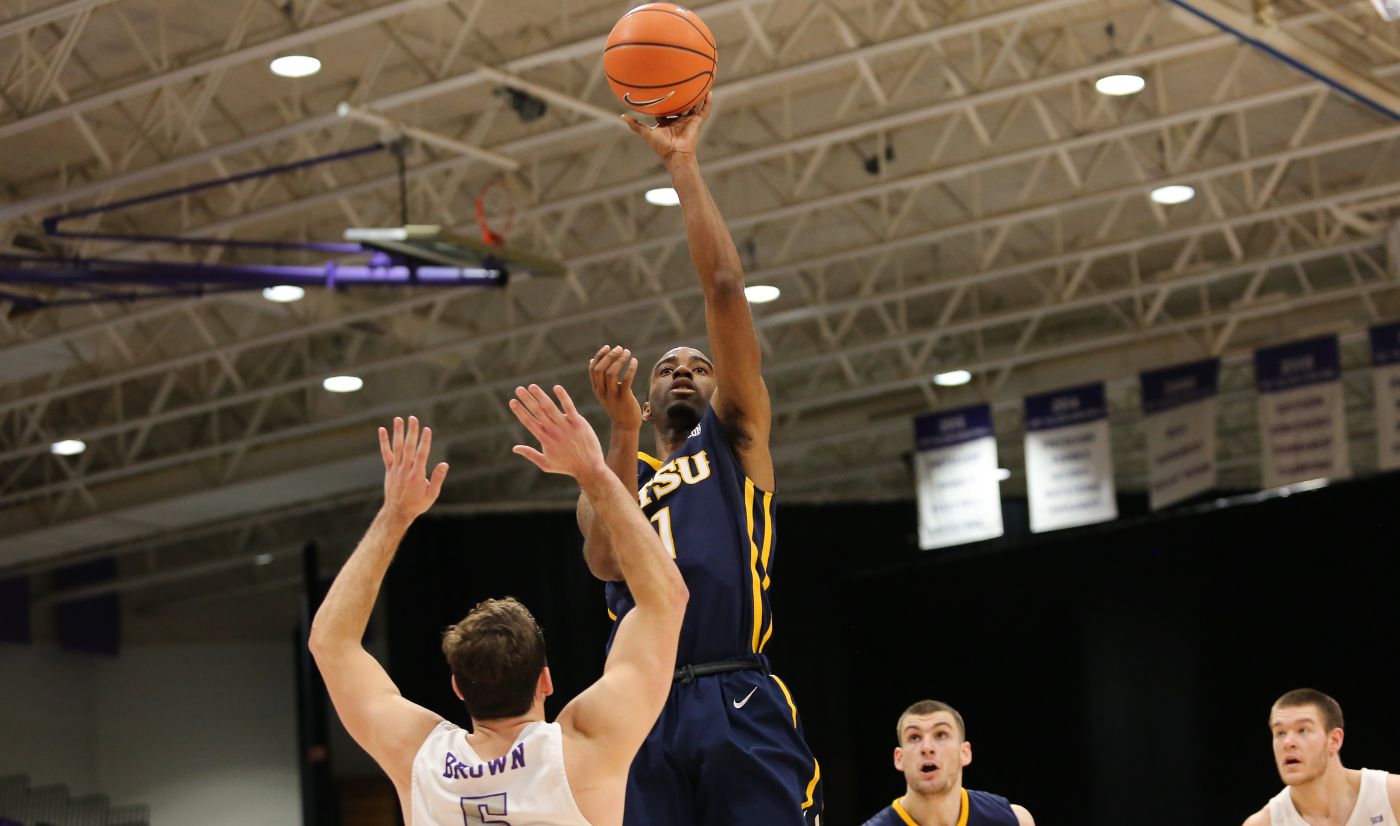 Senior guard Desonta Bradford (Humboldt) hit a floater in the lane with 4.5 seconds left as the Buccaneers held off the Paladins’ second-half rally to take a 62-61 Southern Conference road win Thursday evening inside Timmons Arena. With the victory, the Bucs improved to 15-4 overall and 6-0 in SoCon play, while also picking up their first win on Furman’s home floor since returning to the Southern Conference in 2014-15.

Bradford, who had struggled in the contest and was 3-of-9 from the field before hitting the game-winner, was still the clear choice for ETSU head coach Steve Forbes and his coaching staff, as the Bucs drew up a final play with 20 seconds left in regulation.

“We went right back to him and he scored the game-winning shot – that’s what a big time player does,” said Forbes, whose team has won nine in a row and 13 of its last 14 games. “I just thought it was a tough, gritty effort for 40 minutes. I told them this one wouldn’t be a blowout.”

It was indeed a battle.

Bradford and fellow senior guard Jalan McCloud (Fort Worth, Texas) led the Bucs with 12 points each, while senior forward David Burrell (Milwaukee) finished with 11. For the Paladins, Matt Rafferty had 13 points and 2017 SoCon Player of the Year Devin Sibley had 11 before leaving the game with a hand injury midway through the second half.

In the first half, both teams opened the game on fire from 3-point range and combined to hit 10 long-range shots – five for each team. The result was a 20-19 lead for the Paladins with 10:18 left before the break, but from there, the ETSU defense clamped down and allowed only one field goal the rest of the half. During that stretch, the Bucs built a lead of as many as 11 points and ultimately went on a 15-7 run to lead 34-27 at the intermission.

Before halftime, the Bucs shot 54.5 percent from 3-point range and got a team best nine points from Bradford. Meanwhile, Furman had a 21-19 advantage on the boards, which included a 9-6 edge on the offensive glass.

After the break, ETSU seemed in control of the game’s pace and had built an 11-point lead at 51-40 with 12 minutes left in the contest. However, as Furman had in the first half, the Bucs went through an offensive lull, allowing Furman to put together their offensive run and take the lead late.

For the game, Furman held a decisive advantage on the foul line, as the Bucs were whistled for 17 fouls compared to 13 for the Paladins, with Furman going 14-of-21 from the charity stripe compared to 7-of-9 for the Bucs. ETSU outscored the Paladins 28-20 in the paint, and 16-7 in bench points.

The Bucs will return to Johnson City with their unblemished SoCon record for a pair of home games beginning Saturday afternoon versus Western Carolina at 4 p.m., and followed by a matchup with league rival Mercer on Wednesday, Jan. 24. For more on ETSU men’s basketball throughout the 2017-18 season, visit ETSUBucs.com and click on the men’s hoops link.