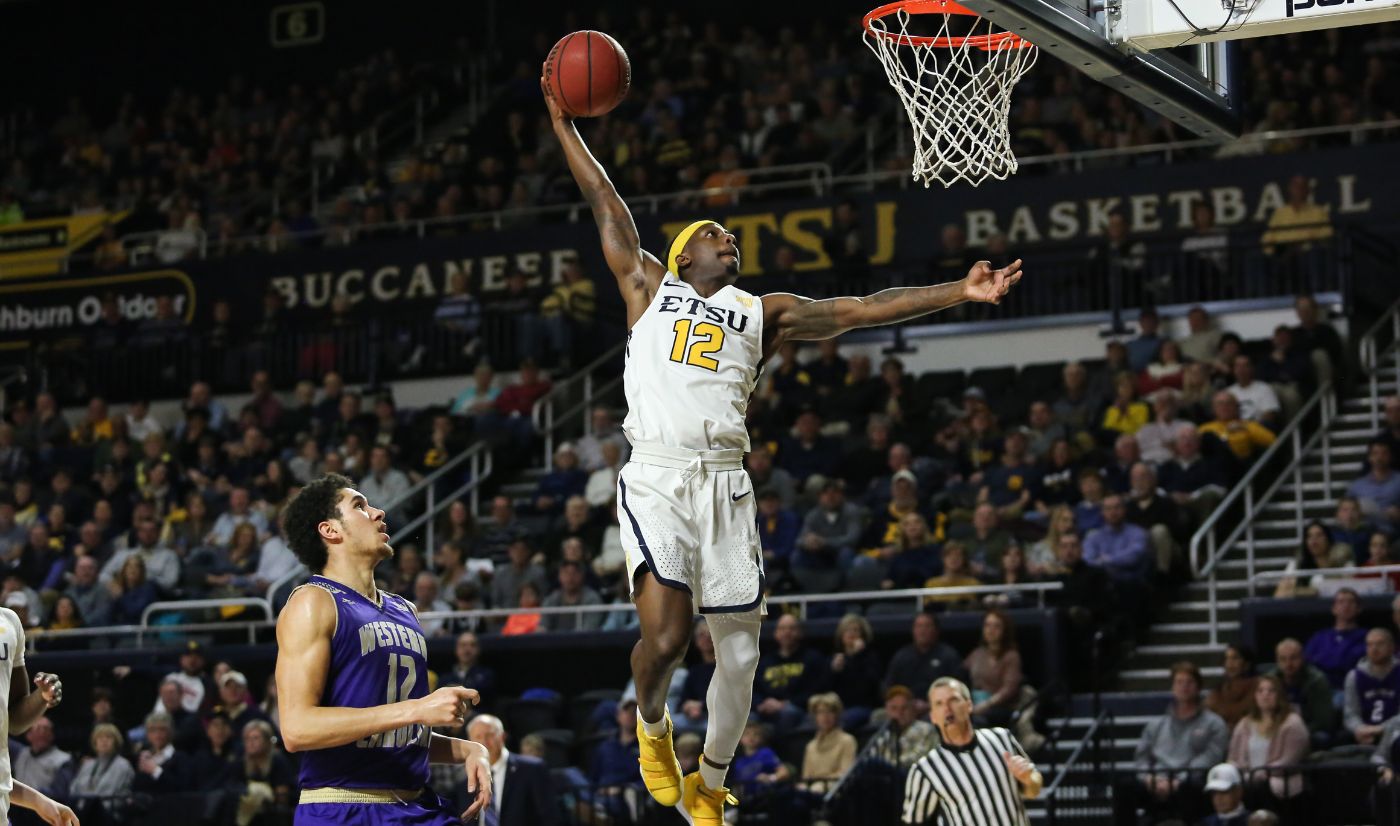 Building an 11-point halftime lead and then opening the second half with an 8-0 run, the Buccaneers cruised to their 10th-straight win with a 66-50 Southern Conference victory over the Catamounts in front of a season-high crowd of 5,412 fans at Freedom Hall. With the win, the Bucs have now won 14 of their last 15 games and improved to 16-4 overall, 7-0 in league play.

“Defensively we were really locked in most of the game,” said ETSU head coach Steve Forbes. “We were a little choppy offensively at times, but with the schedule we’ve faced so far we might be a little tired and need some rest. The start of the second half was big for us because after that the game was basically in hand.”

Senior guard Desonta Bradford (Humboldt), who was honored prior to the game for reaching the 1,000-point plateau last week against VMI, finished with a game high 16 points to lead the Bucs, while fellow senior guard Jalan McCloud (Fort Worth, Texas) added 13. For the Catamounts, guard Deriece Parks matched Bradford’s 16-point effort to pace WCU.

The Bucs’ defense established itself early, not allowing a Western Carolina a field goal for the opening nine minutes of play. During that stretch, the Bucs opened an 11-0 lead, but the Catamounts finally broke through with a score and ended up netting nine points in a row to pull within two at 11-9. From there though, the Bucs methodically beat back WCU and finished the half with a 31-20 advantage.

In the first half, ETSU held the Catamounts to just 31 percent shooting and out-rebounded the visitors 19-17. The Bucs also outscored Western 18-8 in the paint and 13-7 off turnovers.

After the intermission, the Bucs opened with eight straight points and ultimately led by as many as 22 points in the second half. Western closed to within 11 at 51-40 with nine minutes left in regulation, but that would be as close as they would get the rest of the way.

For the game, the Bucs out-rebounded the Catamounts 38-28, outscored them 36-20 in the paint, and bested them 25-18 in bench points. In addition, ETSU held Western to 32 percent shooting from the floro and 21 percent from 3-point range.

The Bucs will remain at home for their next game when they host league rival Mercer on Wednesday Jan. 24 at 7 p.m. For more on ETSU men’s basketball throughout the 2017-18 season, visit ETSUBucs.com and click on the men’s hoops link.