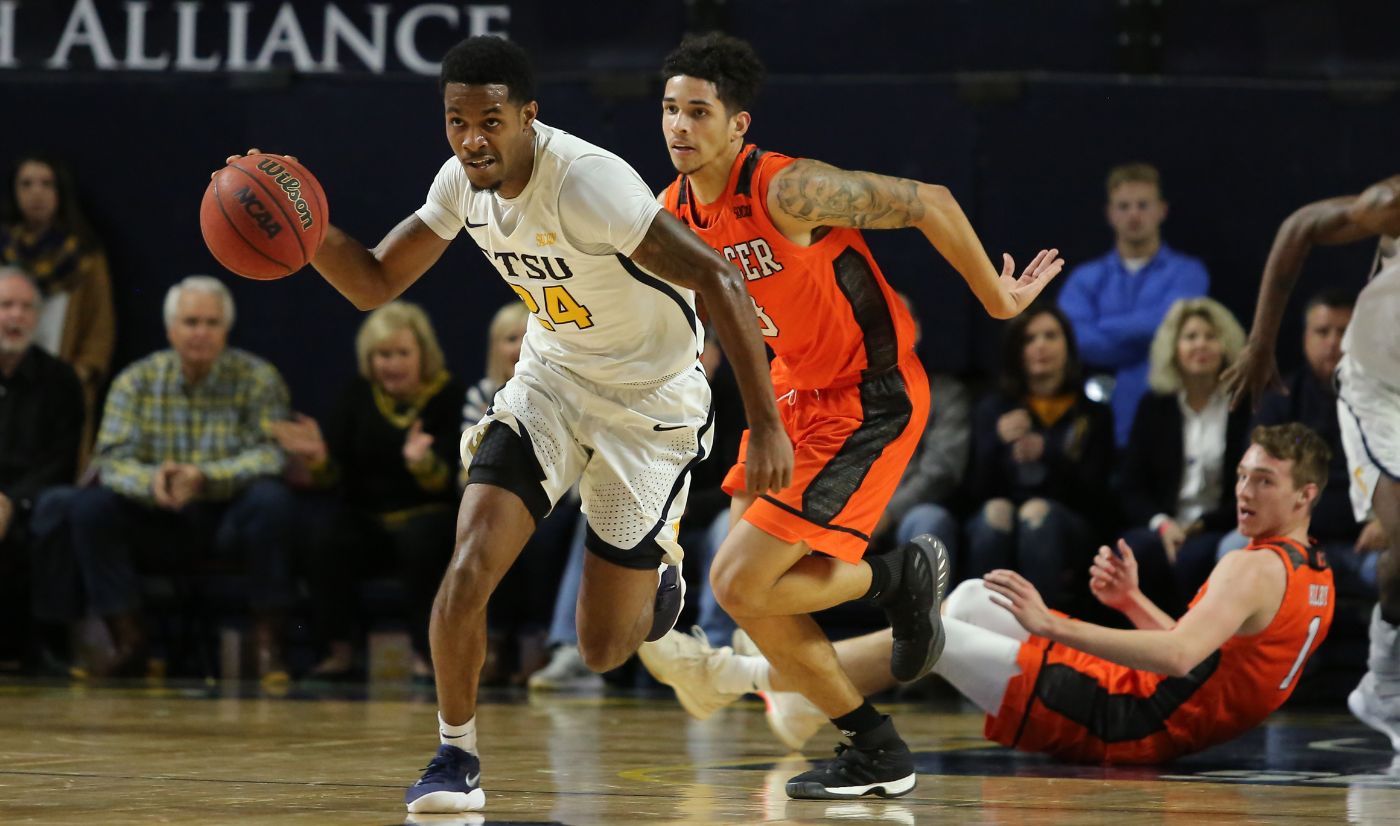 Senior guard Jalan McCloud (Fort Worth, Texas) matched his career best with a game high 25 points and the Buccaneers connected on a season high 13 3-pointers to drop Southern Conference foe Mercer 84-75 Wednesday night inside Freedom Hall. With the victory, the Bucs have won 15 of their last 16 games and improved to 17-4 overall, 8-0 in SoCon play. Meanwhile, Mercer drops to 10-11, 3-5.

Along with McCloud – who was 6-of-7 from 3-point range – the Bucs got 18 points from senior guard Devontavius Payne (Carbondale, Ill.), while fellow senior guard Desonta Bradford (Humboldt) pitched in 15 points and matched his career high with nine assists.

“We knew tonight would be a tough game,” said ETSU head coach Steve Forbes, whose team now has the longest win streak since the 2003-04 Bucs won a program-record 16 in a row. “They were moving the ball and really had a good game plan, but I thought we really shared the ball well offensively, too. Jalan and Devontavius in particular really stepped up tonight and gave us big games.”

In the first half, Mercer played well and led early on, but eight 3-pointers by the Bucs in the opening 20 minutes was enough to give ETSU a 39-35 lead at the intermission. There were four ties and nine lead changes as the game stayed close before the break. Payne had 13 points to lead the Bucs into the intermission.

Mercer made much of its offensive production from inside during the first half, shooting 46 percent from the floor and outscoring the Bucs 20-8 in the paint.

After the break, ETSU adjusted to the Mercer attack and never relinquished the lead, as its advantage grew to as many as 11 points at 74-63 with five minutes left. However, the Bears did not go away, putting together a 9-2 run to pull to within four at 76-72 with two minutes remaining in regulation.

At that point, senior guard Jermaine Long (New Orleans) hit a pair of free throws to make the ETSU lead six. He later grabbed a hard-fought defensive rebound that resulted in a foul on the Bears, and two more free throws later the Bucs led 80-72 and all but ended the Mercer threat.

For the Bears, forward Desmond Ringer had a team high 21 points, while Marcus Cohen and Stephon Jelks had 16 and 14, respectively.

The Bucs shot 51 percent from the floor, 50 percent from 3-point range (13-of-26), and 82 percent at the foul line in the victory, while out-rebounding the Bears 29-28 and committing just 13 turnovers on the night. The Bucs also bested the Bears 30-26 in bench points.

The Bucs will now hit the road for back-to-back SoCon games beginning Saturday at Wofford, with tip set for 7 p.m. in Spartanburg, S.C. For more on ETSU men’s basketball throughout the 2017-18 season, visit ETSUBucs.com and click on the men’s basketball link.