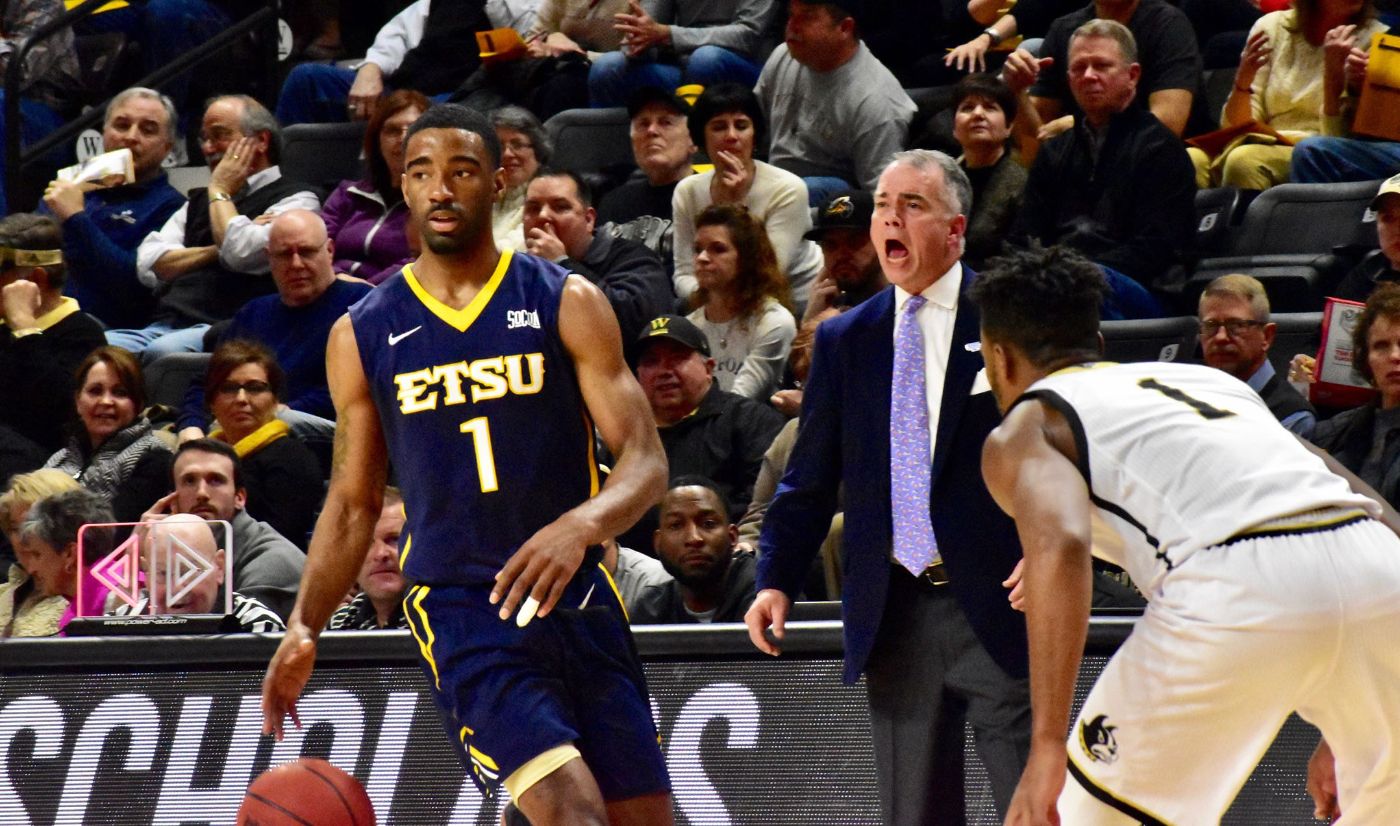 In a crucial Southern Conference matchup, the Buccaneers found themselves leading by five with nine minutes left when Bradford scored eight of his team high 17 points during a decisive 10-2 offensive run, powering ETSU to a 75-62 win over Wofford. The victory marked the Bucs 12th straight win and their 16th victory in 17 games, as ETSU moved to 18-4 overall, 9-0 in SoCon play.

With the loss, Wofford dropped two games back of the Bucs in the loss column of the league standings at 15-6, 6-2.

“That was a tremendous defensive effort – we really defended hard,” said ETSU head coach Steve Forbes. “After the first media timeout, I was really proud of the guys for taking it inside offensively. When they tried to make a run late, we always answered the bell. Guys stepped up and made plays.”

While Bradford took over in the final minutes, it was a complete team effort, as fellow senior guards Jalan McCloud (Fort Worth, Texas) and Devontavius Payne (Carbondale, Ill.) had 16 and 11 points, respectively. In addition, freshman post Mladen Armus (Belgrade, Serbia) had 11 points.

The Bucs held Wofford’s offense to just 37 percent shooting on the night, and while the Terriers’ highly-touted shooting guard Fletcher Magee did finish with a game high 21 points, he was only 6-of-16 from the field and 5-of-12 from 3-point range. Magee and teammate Matthew Pegram were the only Terriers in double figures, with Pegram netting 10.

Early on, the Bucs tried to rely on shots from 3-point range without much success, going 2-of-8 from beyond the arc in the opening minutes and watching Wofford lead 12-9 with 12 minutes left before the break. However, at that point, the ETSU offense began to heat up as the Bucs outscored Wofford 19-7 over the next eight minutes of play to take their largest lead of the game at 28-19. From there, the Terriers were able to cut into the Bucs’ lead, but ETSU still enjoyed a 38-32 advantage at the break.

In the first half, the Bucs ended up shooting 48 percent for the field, while holding the Terriers to a 37.5 percent clip.

After the break, Wofford got to within four early in the half, but that would be as close as the Terriers would get. The game was ultimately 59-54 when Bradford hit back-to-back 3-pointers, senior post Peter Jurkin (Juba, South Sudan) banked home a basket, and Bradford followed that score with an impressive reverse layup to make it 69-56 with two minutes left, ending any hopes for the Terriers.

The Bucs will remain on the road as they travel to face The Citadel Monday evening at 6 p.m. in Charleston, S.C. For more on ETSU men’s basketball throughout the 2017-18 season, visit ETSUBucs.com and click on the men’s basketball link.