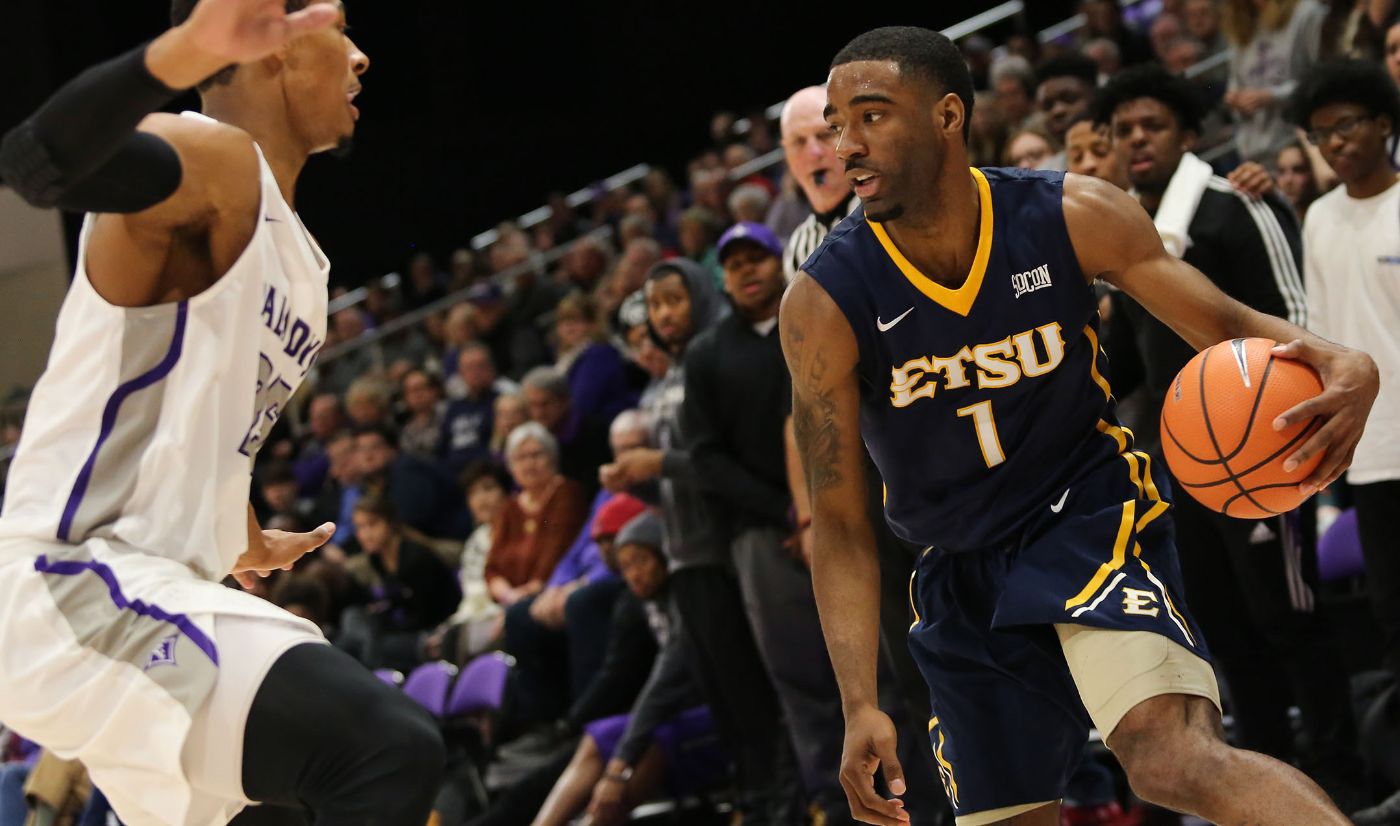 SPARTANBURG, S.C. (Jan. 30, 2018) – ETSU senior guard Desonta Bradford (Humboldt) has been named the Southern Conference Men’s Basketball Player of the Week for all contests from Jan. 23-29. The award is selected by the league office.

Bradford averaged 18.3 points, 7.7 rebounds and 4.3 assists per game to help the Bucs to a 3-0 week that extended their current winning streak to 13 games, the SoCon’s longest since Davidson won 17 straight in 2012-13.

Bradford opened his week with 15 points, nine assists and six rebounds in ETSU’s 84-75 win over Mercer on Wednesday and followed that up with 17 points, seven rebounds and three assists in the Bucs’ 75-62 victory in a showdown at Wofford on Saturday.

The senior from Humboldt, Tennessee, wrapped up his week with 23 points and 10 rebounds for his third double-double of the season in Monday’s 73-71 win at The Citadel.