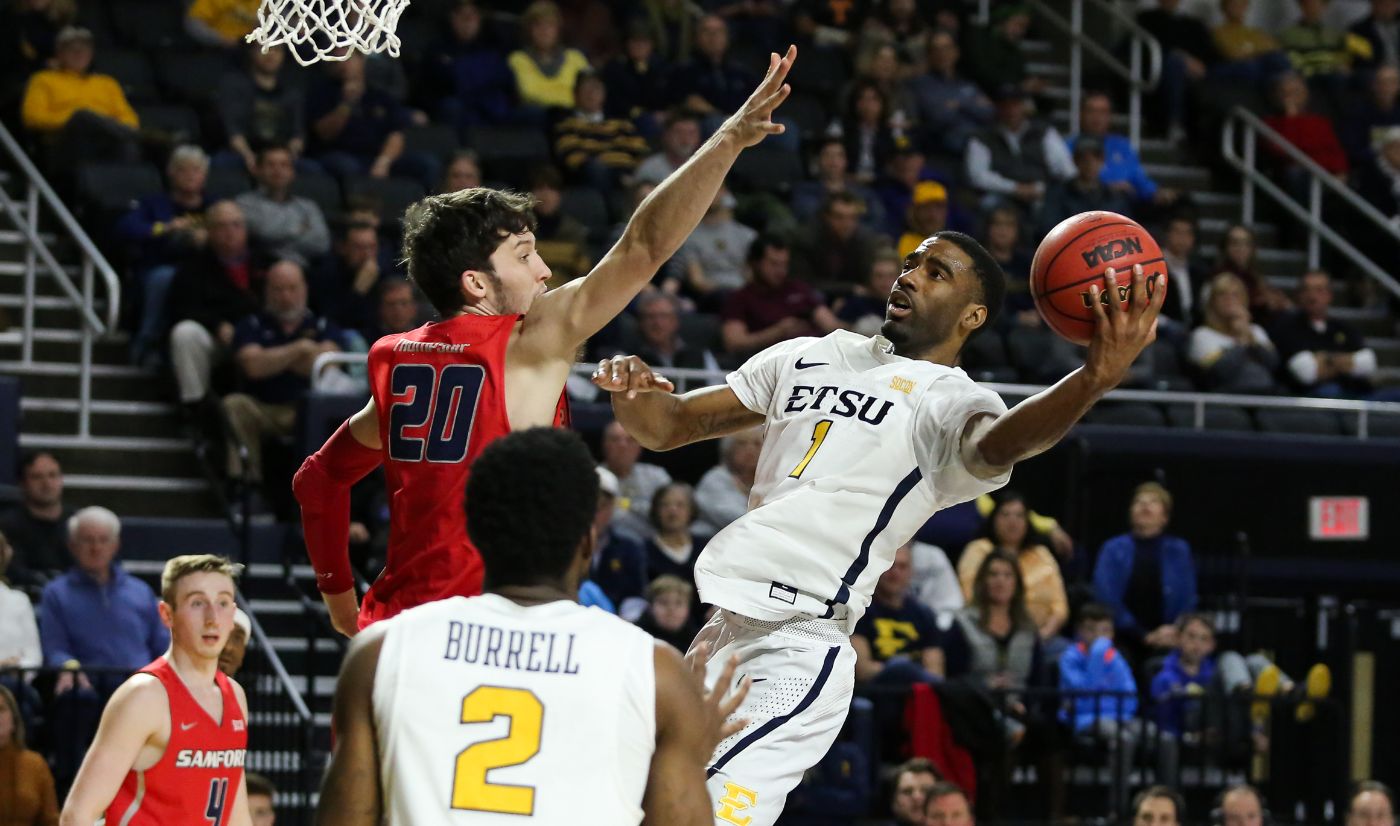 Before a crowd of 5,019, the 2017-18 Buccaneers became the 19th team in program history to reach 20 wins, improving to 20-4 overall and continuing their vice grip on first-place in the SoCon standings with a perfect 11-0 league mark. Bradford led the way by going a remarkable 12-of-16 from the floor on the night, as the Bucs hit 14 3-pointers --- just one shy of the school record – and shot 58 percent from the floor. Meanwhile, Samford dropped to 8-16, 4-7.

“I thought we came out and had a great start in the first half,” said ETSU head coach Steve Forbes, who has led the Bucs to three straight 20-win seasons, marking the fourth time in school history the program has enjoyed such a run (1950-54, 1989-92, 2008-11). “After only two (threes) against The Citadel on Monday, 14 tonight is a pretty good number. I guess we can shoot it from out there. What was uncharacteristic was how we came out in the second half, but we made some adjustment and responded like championship teams do.”

The game did feature some unusual scoring swings, as the Bucs quickly forged ahead by 22 at 30-8 with 10 minutes left in the first half. However, after later leading by 18 at 48-30, Samford outscored the Bucs 19-4 over the remainder of the opening half and the first four minutes of the second half to pull to within one possession at 52-49 with just under 16 minutes left in regulation.

At that point, the adjustments Forbes referenced took effect, as the Bucs went on a 9-0 spurt to end the Samford threat and eventually led by as many as 24 in the second half. Along with Bradford’s 31, the Bucs also got double-digit scoring from fellow senior guards Devontavius Payne (Carbondale, Ill.) and Jalan McCloud (Fort Wayne, Texas), who netted 15 and 11, respectively.

For the game, the Bucs also shot 45 percent from 3-point range and 75 percent from the free throw line, while out-rebounding the Bulldogs 37-30 and outscoring them 36-5 in bench points.

After hitting just two 3-pointers in their last game at The Citadel, the Bucs made up for those issues in the first half against Samford. Hitting on 9-of-19 from 3-point range and shooting 56 percent from the floor, ETSU rolled out to a lead of as many as 22 points at 30-8 before Samford managed to cut the lead to 48-35 by the break.

Bradford made his first four 3-pointers of the game and led all scorers with 16 at the break. For Samford, Eric Adams had a team high 12. For Samford, Demetrius Denzel-Dyson finished the game with a team high 23 points, while teammates Adams and Justin Coleman had 21 and 19, respectively.

The Bucs will return to action on Saturday afternoon, taking on rival Chattanooga at 4 p.m. inside Freedom Hall, as the Bucs will also celebrate the 50th anniversary of the 1967-68 Sweet 16 Bucs. For more on ETSU men’s basketball throughout the 2017-18 season, visit ETSUBucs.com and click on the men’s basketball link.