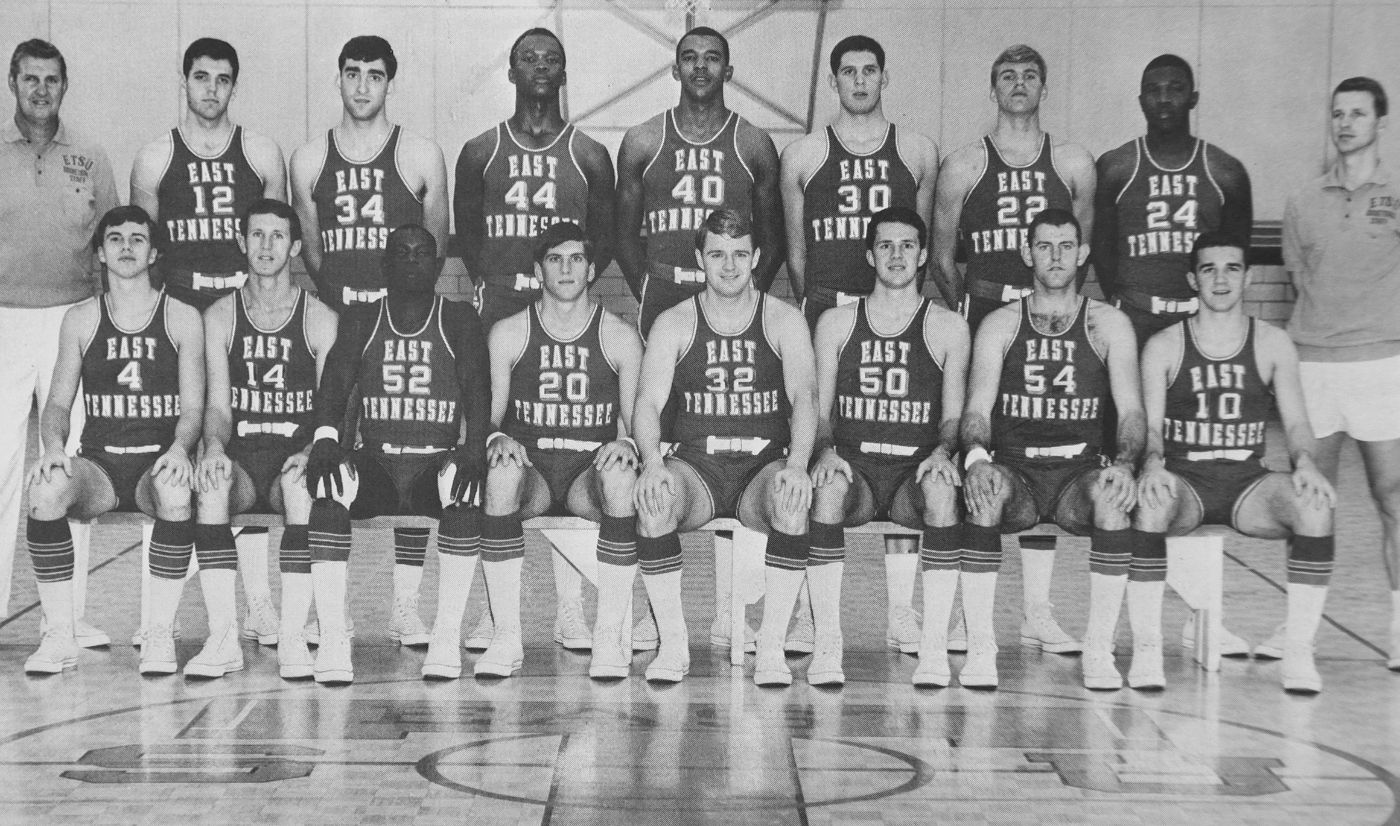 The 1967-68 Buccaneers (pictured above) will be honored during Saturday's game for the 50th anniversary of their historic run to the Sweet 16 in the NCAA Tournament.
Five Things to Know: ETSU vs. Chattanooga

JOHNSON CITY, Tenn. (Feb. 2, 2018) – With its men’s basketball team on a special 14-game winning streak and leading the Southern Conference with a perfect 11-0 record, the ETSU Department of Intercollegiate Athletics is providing the following “things to know” as anticipation of a sellout crowd grows and fans plan their trips to Freedom Hall on Saturday as arch rival Chattanooga visits at 4 p.m.