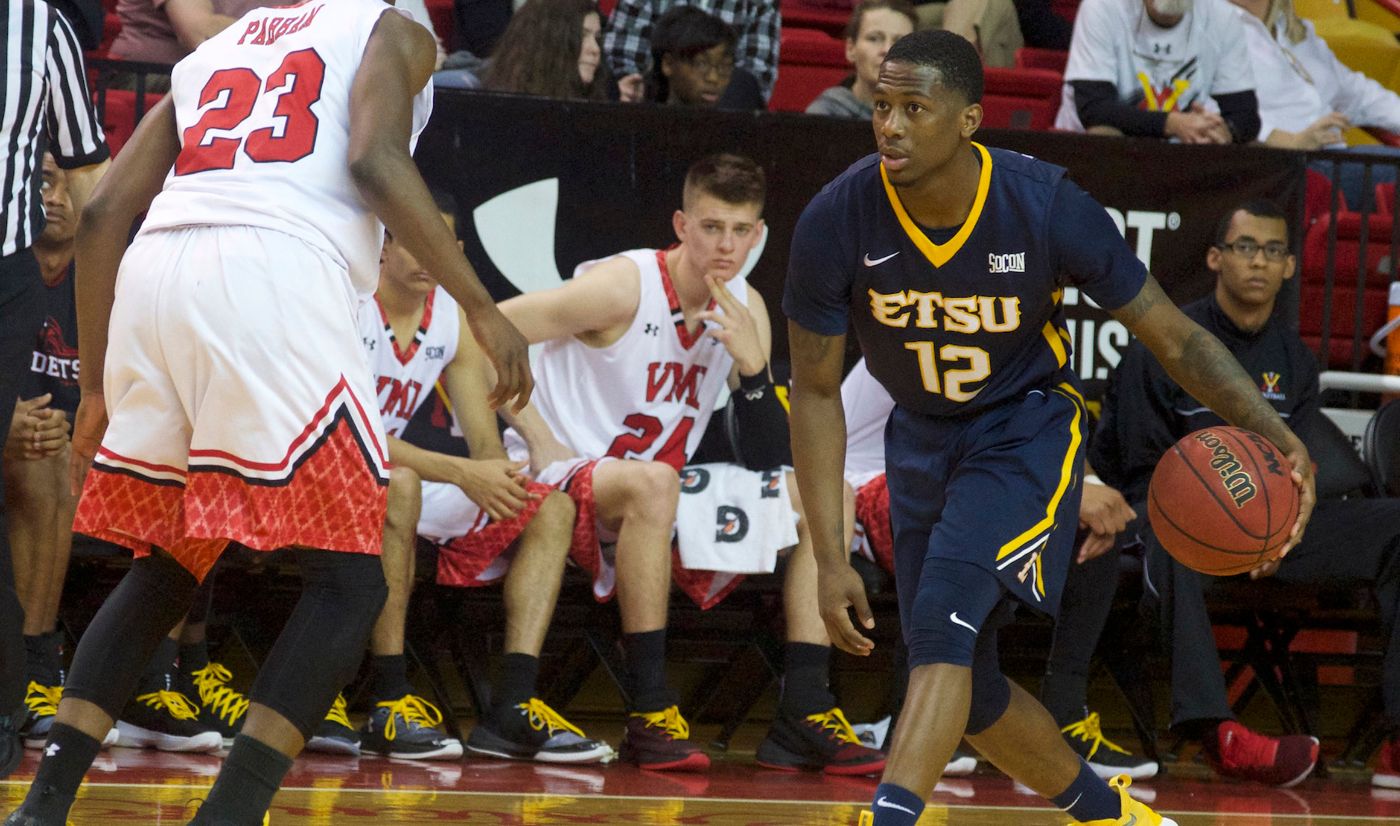 Leading by just one at halftime, McCloud scored the Buccaneers first 13 points of the second half and finished with a game high 20 to lead ETSU past Southern Conference foe VMI 70-56 Saturday afternoon inside Cameron Hall. With the win, the Bucs match the 2003-04 squad for the longest winning streak in school history and improved to 22-4 overall, 13-0 in SoCon play.

“Give VMI credit, they played with a lot of energy and pride tonight,” said ETSU head coach Steve Forbes, whose team has the nation’s second longest win streak and has now won 20 of their last 21 games. “I think we came out ready to play, but it was like we weren’t ready to be physical. In the second half, we improved in that area and continued to defend hard. No one said it’s going to be easy. We’re going to get everyone’s best shot, and today we still came away with a W.”

Along with McCloud’s game high 20, the Bucs also got 11 points from senior guard Devontavius Payne (Carbondale, Ill.), while freshman post Mladen Armus (Belgrade, Serbia) matched his career best with a game high 10 rebounds. As a team, the Bucs out-rebounded the Keydets 48-27, but committed 18 turnovers in the game, allowing VMI to outscore them 20-9 off those miscues.

In the first half, the Bucs showed some rust after their six-day break from competition, committing seven turnovers in the first six minutes of play and shooting poorly from the floor. The Keydets capitalized on the Bucs’ issues and moved ahead by as many as five at 26-21 with five minutes left before halftime.

However, ETSU continued to battle and ultimately led 34-33 at the break thanks to an offensive rebound and score by Armus with eight seconds left on the clock. Before the intermission, the Bucs shot just 36 percent from the floor, but out-rebounded VMI 27-15. Meanwhile, the Keydets shot 42 percent from the floor, holding the Bucs to just four fast break points and only two points on second chances.

After the break, McCloud began to take over by scoring the Bucs first 13 points of the half and single-handedly spotted ETSU with a 47-41 lead with 12 minutes left in regulation. From there, the Bucs continued to build on their lead to ultimately finish with a 14-point victory. ETSU finished the game shooting 41.8 percent compared to VMI’s 34.4 percent clip.

The Bucs will return to action on Monday evening with a chance to set a new school record for consecutive wins, as they travel to take on league rival UNCG at 7 p.m. inside the historic Greensboro Coliseum. For more on ETSU men’s basketball throughout the 2017-18 season, visit ETSUBucs.com and click on the men’s hoops link.