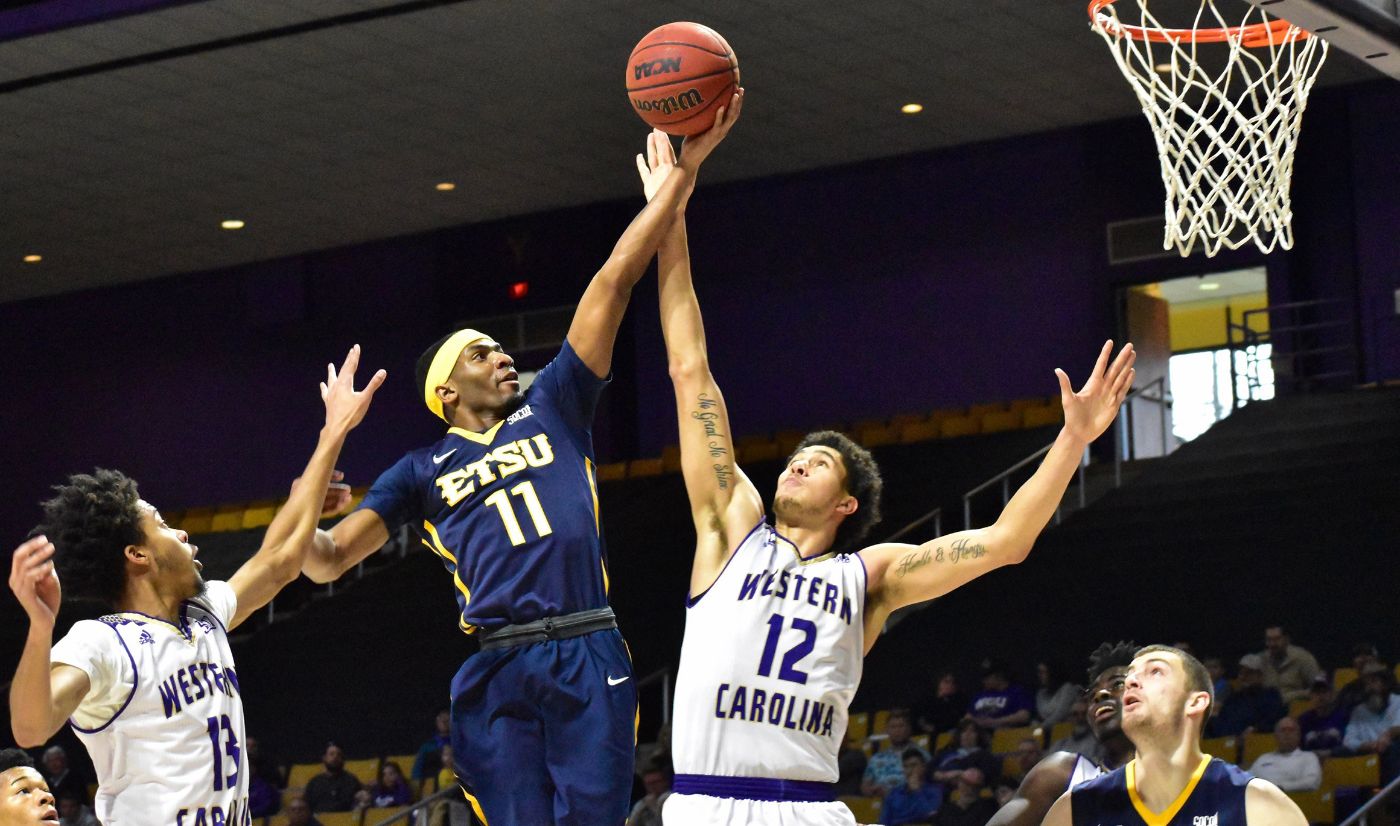 CULLOWHEE, N.C. (Feb. 17, 2018) – After suffering its first Southern Conference loss of the season and its first defeat in 17 straight games earlier in the week, the question Saturday was how would the ETSU men’s basketball team respond to its first taste of adversity since Dec. 16 of last year? Buccaneer fans will like the answer.

Building an 18-point first-half lead and getting a game high 22 points from senior guard Devontavius Payne (Carbondale, Ill.), the Bucs pulled ahead by as many as 23 points in the second half and ultimately cruised to a 72-61 win over Western Carolina Saturday afternoon inside the Ramsey Center.

“I was really happy with the way we came out and gave effort after our last game,” said ETSU head coach Steve Forbes, whose team has now won 21 of its last 23 games. “We shared the ball and when we do that we play well offensively. On the defensive end, we held them under 40 percent and I thought played pretty well. I’m disappointed in our number of turnovers and we didn’t finish very well at the rim, so we need to tighten up in those areas.”

Along with Payne, the Bucs also got strong efforts from freshman guard Bo Hodges (Nashville) and senior guard Desonta Bradford (Humboldt). Hodges finished with 17 points and three steals on the night, while Bradford added 10 points, seven rebounds and six assists in the winning effort.

The Bucs out-rebounded the Catamounts 44-24 and outscored them 26-15 in bench points, while shooting 47 percent from the field. ETSU’s defense held WCU to just 39 percent shooting on the night.

In the first half, the Bucs used an early 8-0 offensive run and another 11-0 spurt to lead by as many as 18 and end the half up by a score of 40-25. Hodges led the way in the opening 20 minutes with 10 points, while Payne added eight, and Bradford posted both six rebounds and six points.

ETSU shot 52 percent from the field in the first half and held the Catamounts to just a 35 percent clip, while outrebounding Western 23-14.

After the break, Payne took over. In the opening four minutes, the senior guard scored all 11 of ETSU’s points and hit three 3-pointers, forcing a Western Carolina timeout as the Bucs led 51-28 with 16:24 left in regulation. From there, the Bucs lead stayed double figures the rest of the way and it took a 6-0 Western run over the final minute of play to cut the final deficit to 11.

For the Catamounts, Deriece Parks led the way with 17 points, while Marcus Thomas had 12.

The Bucs will now return home for three straight games inside Freedom Hall to wrap up the regular season, beginning with a matchup against The Citadel on Tuesday night at 7 p.m. For more on ETSU men’s basketball throughout the 2017-18 season, visit ETSUBucs.com and click on the men’s hoops link.