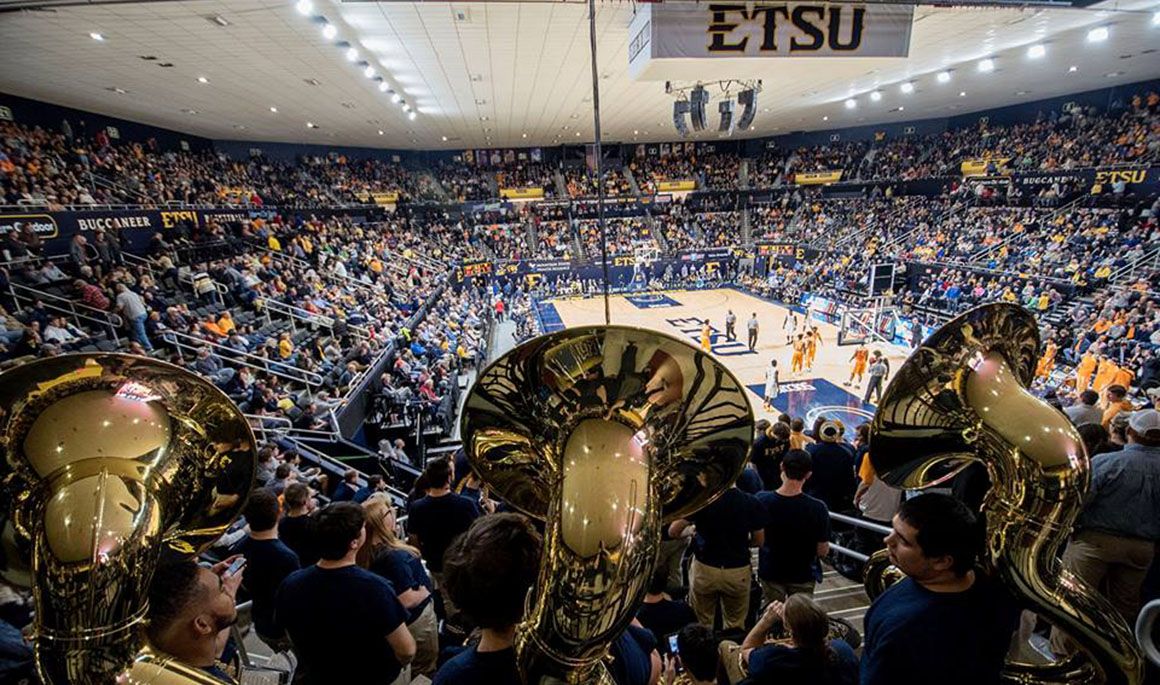 JOHNSON CITY, Tenn. (Feb. 21, 2018) – As if the excitement of the Southern Conference regular season championship race was not enough, the ETSU Department of Intercollegiate Athletics will hold two special promotions at the same time during the Buccaneers men’s basketball game with Wofford on Friday night.

Fan Appreciation Day will be highlighted by a number of giveaways to say thank you to the best fan base in the SoCon. The first 1,000 fans will receive a special Steve Forbes collectible Bobblehead sponsored by Johnson City Honda. In addition, the first 225 students in attendance will receive a long sleeve, dry fit T-shirt, and a special post-game autograph session will include both members of the men’s basketball team and Star Wars characters. A limited number of team posters sponsored by Food City will be available after the game, and fans can also bring their own items to have autographed.

Meanwhile, Star Wars Night will be underway on the same evening, as members of the Star Wars fan clubs the 501st Legion and the Rebel Legion will be on hand in their movie replica costumes – including a fully-functional R2-D2 – to interact and take pictures with ETSU fans along the concourse inside Freedom Hall. In addition, Star Wars movie clips, music and other special surprises will take place throughout the evening. ETSU fans are also encouraged to wear their favorite Star Wars costumes and participate in a special costume contest. In addition, commemorative ETSU/Star Wars-themed posters will be part of a pregame silent auction to benefit the Niswonger Children’s Hospital.

For more on ETSU men’s basketball, visit ETSUBucs.com and click on the men’s hoops link.