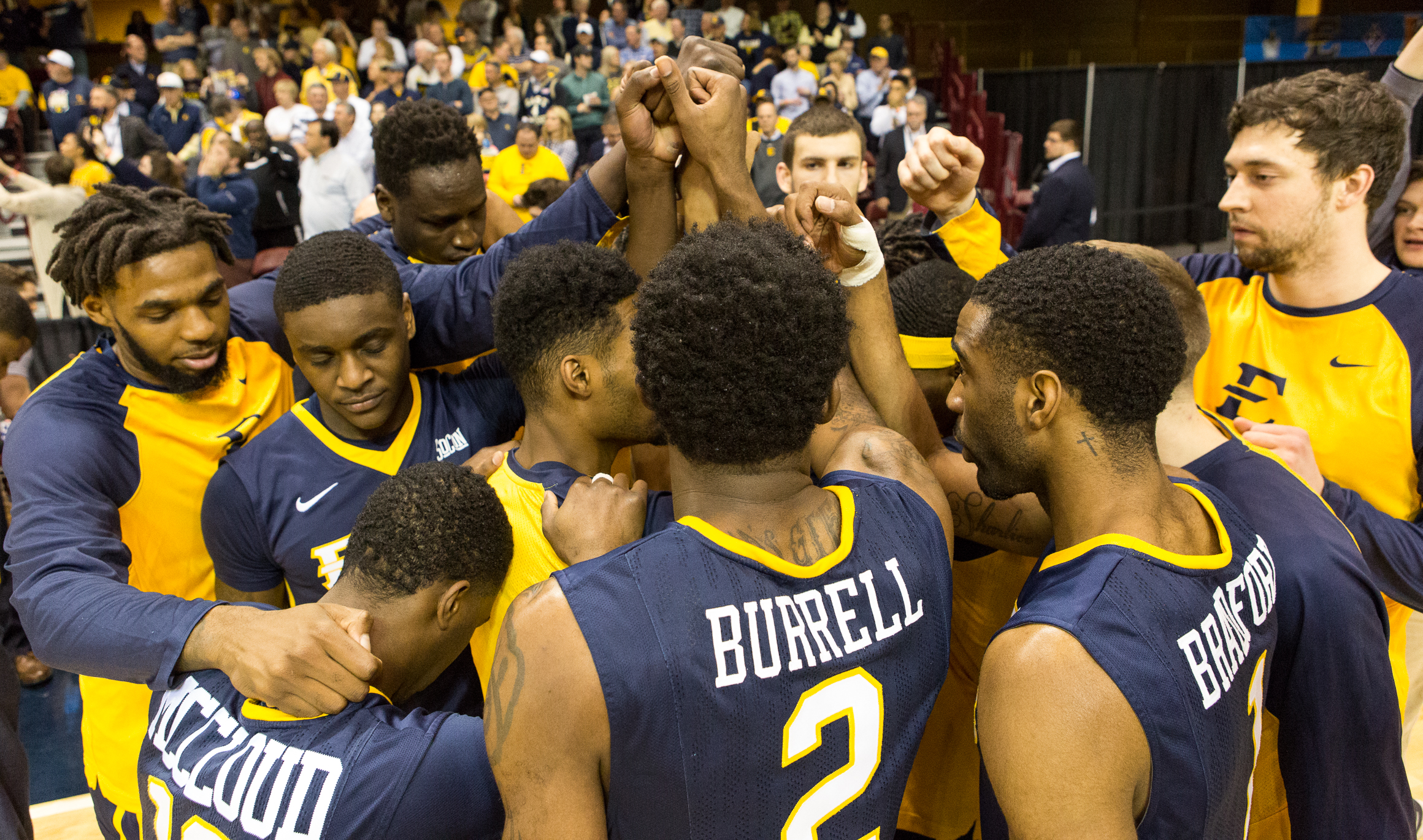 The Buccaneers gather up before the start of Monday's SoCon final in Asheville, N.C.
Bucs unable to best UNCG; fall in SoCon final, 62-47
ETSU at UNCG | March 05, 2018
Related Links

ASHEVILLE, N.C. (March 5, 2018) – In a physical championship tilt that featured two teams locking down on defense, the ETSU men’s basketball team was unable to manufacture enough offense to repeat as champions of the Southern Conference.

Instead, the UNCG Spartans avenged a loss to these same Buccaneers in last year’s final, taking a tie game at halftime and outscoring ETSU 37-22 in the second half to capture a 62-47 win Monday evening inside the U.S. Cellular Center. With the victory, UNCG earns its first NCAA Tournament bid since 2001.

“It was a defensive battle the whole game,” said ETSU head coach Steve Forbes, whose team made its third straight appearance in the SoCon championship. “I thought the first one to 50 would win and we just couldn’t get it going offensively. Give UNCG credit because they have a really good team. I’m proud of our guys and their effort. To see where we were early in the year and where we got to, they have nothing to hang their heads about.”

Despite holding the Spartans to 39 percent shooting for the game and forcing 14 turnovers, the Bucs only shot 31 percent from the floor and 19 percent from 3-point range. Only senior guard Jalan McCloud (Forth Worth, Texas) reached double figures with 15 points.

ETSU held a slim 28-27 advantage with 18:16 to go on a Mladen Armus (Belgrade, Serbia) free throw. UNCG scored 10 straight before McCloud made the Bucs first basket after intermission at the 12:04 mark. He went coast-to-coast after a defensive stop to make it a five-point game, 37-32.

The Spartans methodically put it away from there. The lead stayed in the six-to-nine-point range over the next five minutes. McCloud’s layup with 6:16 left cut it to six once again, 45-39.

Troy hit the exclamation point with a three with 1:37 to go. Marvin Smith scored the final point at the free throw line at 1:15.