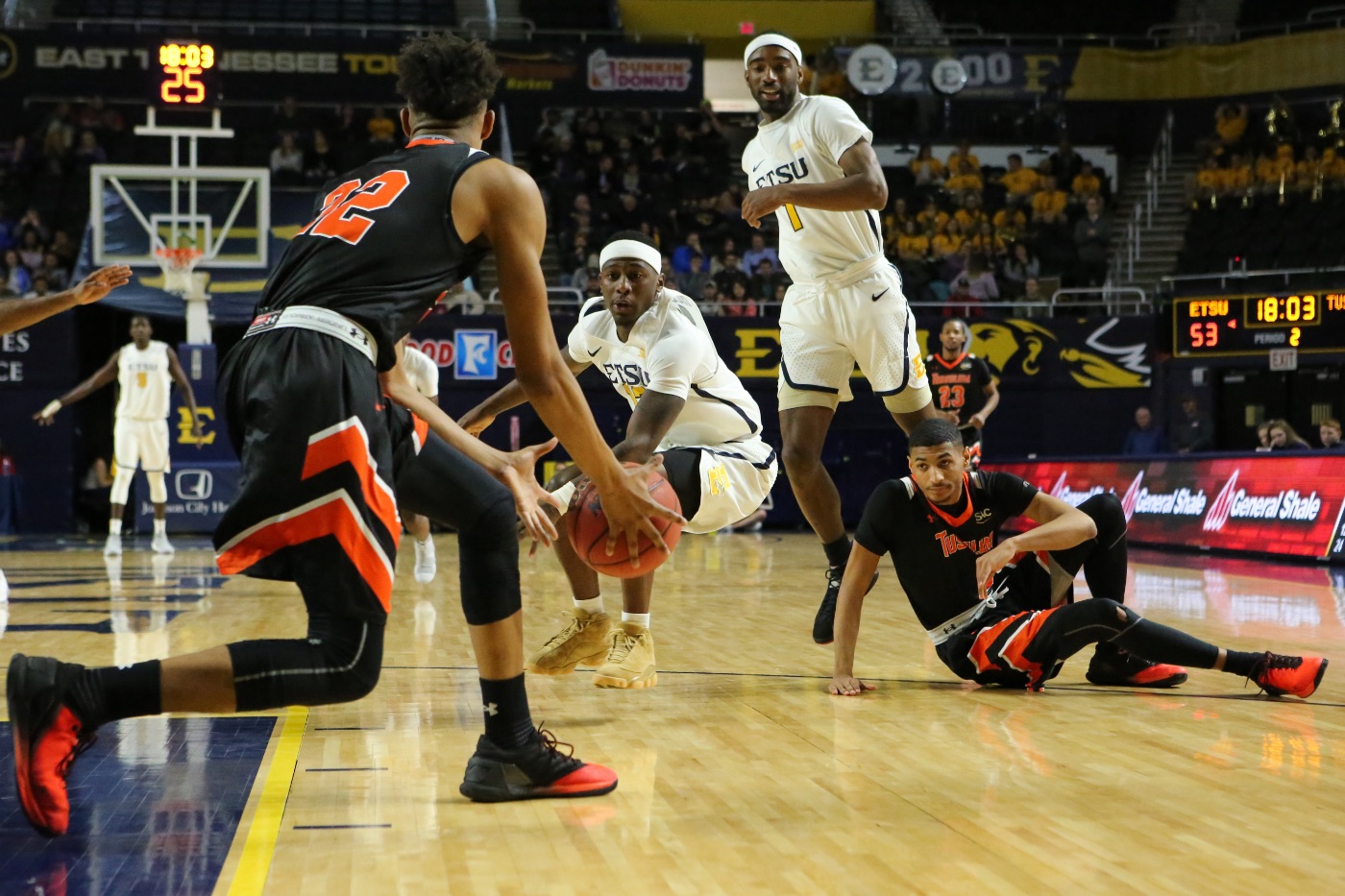 The reigning SoCon Player of the Year for 2017-18, Bradford represented ETSU on the District 22 list — along with four other SoCon players from four different teams.

Bradford paced ETSU’s offense with 15.4 points per game and a .474 field goal percentage. He also led the conference in steals and free throws made while ranking in the top ten in eight statistical categories.

McCloud headlines the All-District second team for ETSU, as the senior guard also received second team All-SoCon honors this season. McCloud tied Bradford for a team-high, averaging 3.5 assists per game while serving as the 15th leading scorer in the SoCon at 11.8 PPG.

“Selected and voted on by member coaches of the NABC in NCAA Division I, these student-athletes represent the finest basketball players across America,” according to the NABC release.

To see who else made the NABC All-District Teams, click in the “related links” box on the right side of this page.