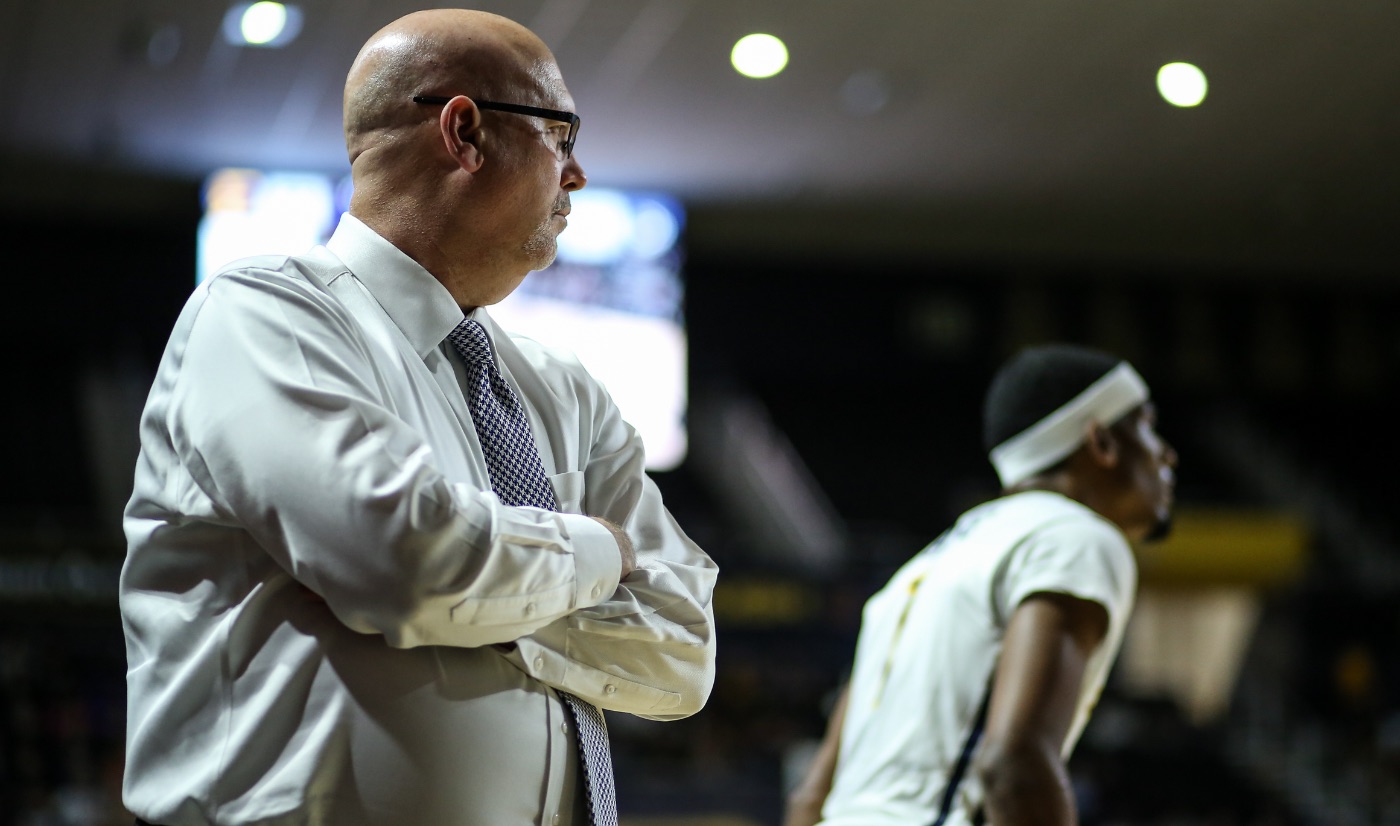 With the signing of Corley, head coach Steve Forbes (above) has completed his 2018-19 roster.
Forbes adds depth inside, as Bucs sign 7-footer Corley

Corley, a 7-foot post player, is transferring to ETSU after playing the past two seasons at Casper College in Wyoming. Corley shot 63 percent from the field, while averaging 9.8 points, 4.5 rebounds and totaling 54 blocks in 20 games this past season for the Thunderbirds. The Reno, Nev., native recorded 21 points and five blocks against the Wyoming All Stars, and posted 13 points and five blocks versus College of Southern Idaho – the NJCAA national runner-up. Corley also registered a double-double (19 points/10 rebounds), along with four blocks against Little Big Horn. Corley, who was invited to the Jerry Mullen Top 100 camp, missed the final 12 games of the 2017-18 season with an injury.

“Octavion is very mobile for a player his size,” Forbes said. “He possesses a soft touch around the basket and has a really good skill set facing the basket. Due to his length and timing, he will provide our team with valuable rim protection and disruption.

“I was very impressed with Octavion when I first saw him last summer at the Jerry Mullen Top 100 Camp in Wichita, Kan., where he went toe-to-toe with the nation’s best junior college players. Unfortunately, his sophomore season was cut short due to an injury in January, at a time when he was playing very well. He is now fully cleared and I look forward to him joining our team at the end of June."

Corley, who averaged 18.5 points, 8.2 rebounds and 3.3 blocks per game during his high school career, said he can’t wait to get to work in Johnson City.

“It is a step closer to my goals and dreams to be able to suit up for Coach Forbes at ETSU,” Corley said. “It’s all about family and doing special things on the court, and that’s exactly what I want to do. I’m excited to suit up for the blue and gold.”