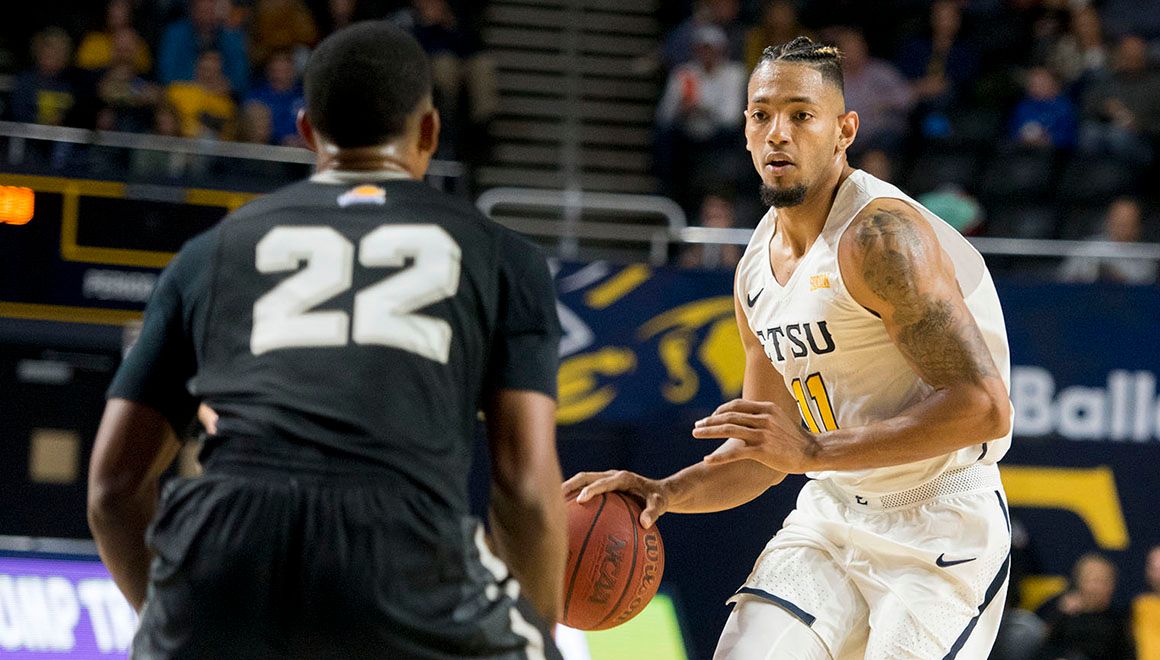 The Buccaneers held the Warriors to just 6.7 percent shooting in the first half and a 19 percent clip for the game, racing to a 47-15 lead by halftime and ultimately taking home the 47-point victory. ETSU will now turn their attention to the regular season opener against defending Sun Belt Conference champion Georgia State on Tuesday, Nov. 6, at 7 p.m. inside the GSU Sports Arena in Atlanta.

“I thought we did a good job of sharing the basketball on offense, and we cut down on our defensive mistakes from our scrimmage against Austin-Peay last week,” said ETSU head coach Steve Forbes. “I thought Mladen did an incredible job rebounding the basketball. I didn’t think we shot the ball real well for a team that can, especially because we got a lot of open looks. We’ve got to clean that up a little bit. But overall, everyone got to play and we got a good look at what we have.”

The game was in little doubt from the beginning, as the Bucs scored the first 13 points of the game and Southern Wesleyan did not collect a field goal until a 3-point make with 9:39 left in the first half. In fact, the Warriors would have just one traditional two-point make in the first half, going 2-of-30 from the field on way to scoring just 15 points in the opening 20 minutes.

For the Warriors, Jalen Lowery posted a team best 10 points on the night.