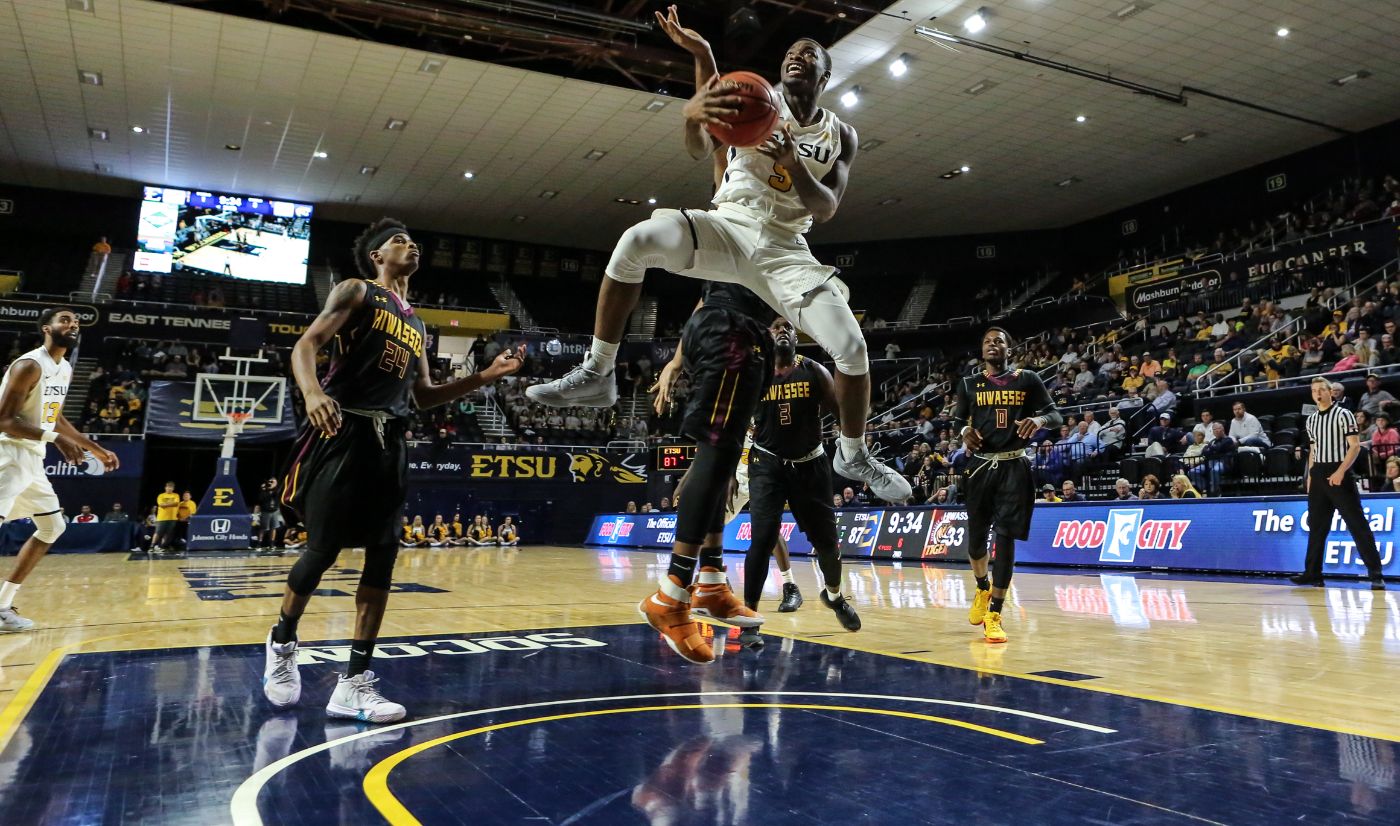 Freshman guard Carlos Curtis skies to the rim for a reverse lay up in the Bucs' win over Hiwassee.
Bucs steamroll Hiwassee in home opener, 109-44
Hiwassee College at ETSU | November 08, 2018
Related Links

As a team, the Buccaneers shot an impressive 61 percent from the floor in the contest and out-rebounded the Tigers an eye-popping 56-22 on the night. In addition, the Bucs forced 19 turnovers and collected 10 steals, while dishing out 20 assists in a stat sheet-filling performance.

With the win, ETSU improved to 1-1 on the season and will now hit the road for a challenging matchup with Big East Conference foe Creighton at 1:30 on Sunday.

“If you could script it out, this is how you would want a game like this to go,” said ETSU head coach Steve Forbes, referencing the fact Hiwassee plays in a lower division and the Bucs were huge favorites in the game. “We came out and played hard. The overall effort was where you want it to be. We were able to play 13 guys and get everyone in there.”

The Bucs wasted little time taking control in this matchup. With the score 14-8 five minutes into the game, ETSU went on a 23-1 run that ended any Hiwassee hopes of an unlikely upset. By the half, the Bucs had shot 64 percent from the field and out-rebounded the Tigers 25-10 to take a 58-19 lead by the intermission.

After the break, the Bucs continued to pull away from Hiwassee, outscoring them 38-16 over the first 13 minutes of game play in the second half and leading 96-35 with 6:35 left on the clock. From there, the result was academic.

For Hiwassee, Jamal Weaver was the lone player to reach double figures with 10 points.