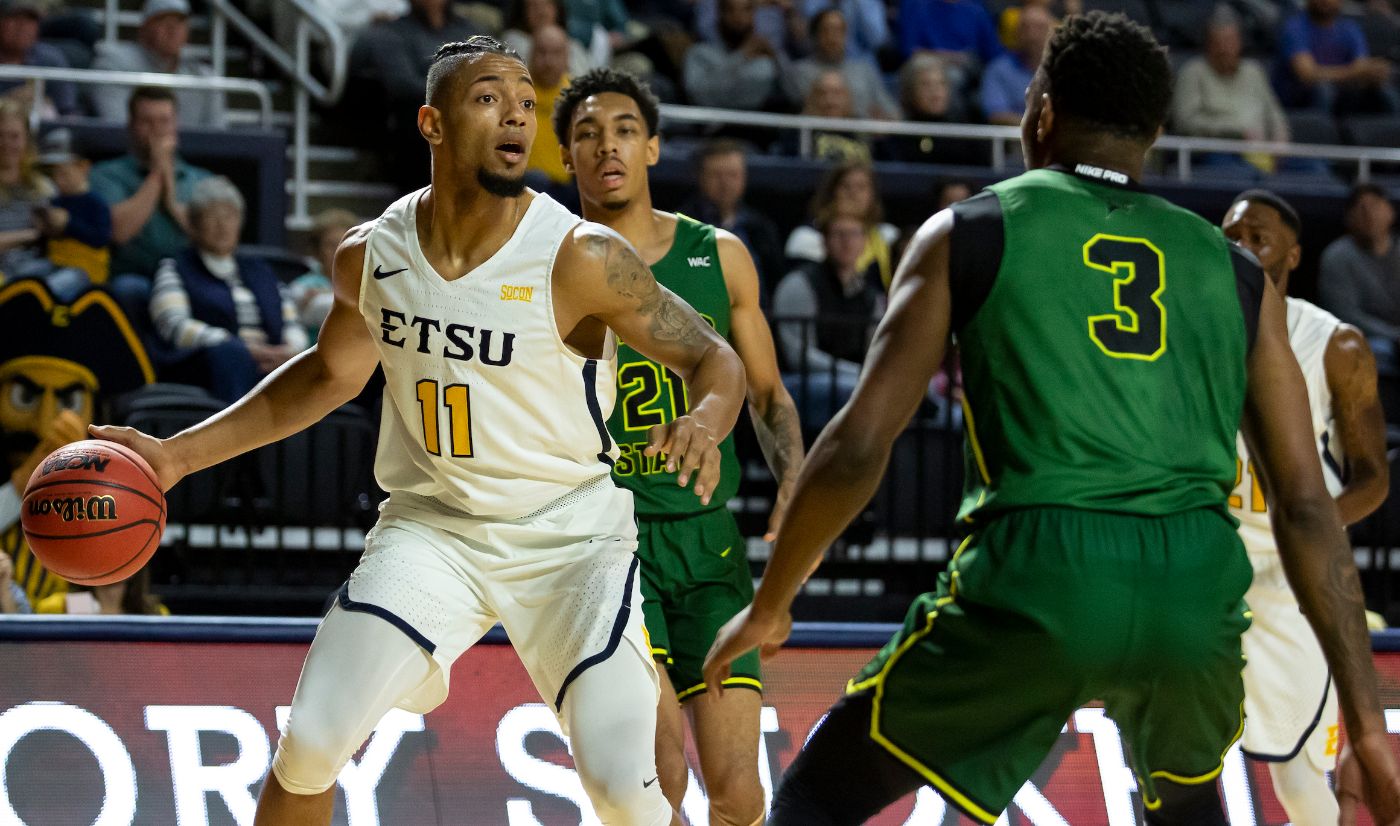 JOHNSON CITY, Tenn. (Nov. 19, 2018) – It took over 30 minutes of game play, but midway through the second half, the ETSU men’s basketball team finally found its stride – and Chicago State had no chance to keep up.

Leading by four at 50-46 with nine minutes left in regulation, the Buccaneers went on to outscore the Cougars 36-15 the remainder of the game to take an 86-61 win in the first round of the Cayman Island Classic Mainland Monday evening inside Freedom Hall.

“The numbers might have looked good, but it didn’t feel that way,” said ETSU head coach Steve Forbes, whose team improved to 3-2 on the year. “I didn’t think we played hard in the first half and the message in the locker room was that this isn’t rocket science. If we keep playing like that we’re going to get beat. We did change some things up and put in a new offense during the break, and I think that helped us get the ball inside more. But we still aren’t as consistent as we need to be and we’ve got to get that corrected.”

In the first half, the Bucs appeared in control of the game early on, moving ahead by 12 at 21-9 with 11 minutes left before the break. However, at that point the Cougars outscored the Bucs 19-6 to take a 28-27 lead into the intermission.

Despite that early play, ETSU managed to take control in the second half thanks to its inside game. Along with Rodriguez’s production, fellow post Mladen Armus (Belgrade, Serbia) finished with nine points and 11 rebounds. As a team, the Bucs outscored the Cougars 18-0 in second chance points, and out-rebounded Chicago State 37-21.

As a team, the Bucs also held a 38-0 advantage in bench points, shot 50 percent from the field for the game, 58 percent from 3-point range in the second half, and dished out 17 assists on the night.