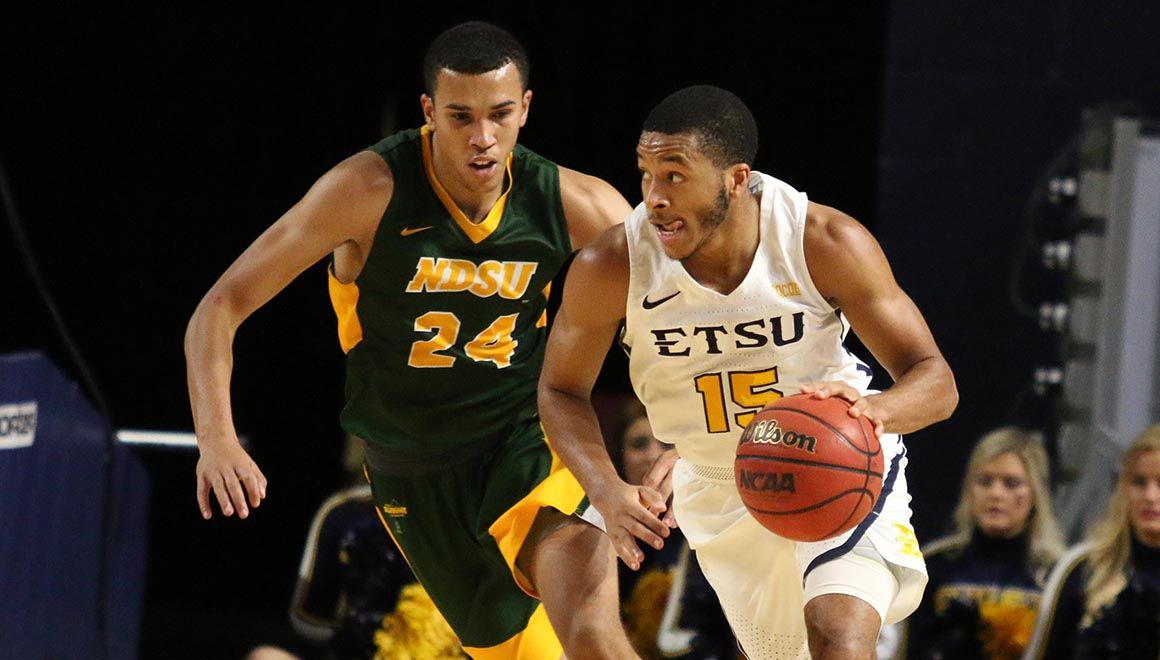 With the non-conference victory, the Buccaneers improved to 5-2 on the season. Meanwhile, the Bison dropped to 2-4 on the year.

“Give credit to North Dakota State, they were the only team to accept a home-and-home with us when we were working on the schedule in the preseason,” said ETSU head coach Steve Forbes, referencing the difficulties of scheduling in today’s college basketball environment. “They have a good program and we will return this trip to them next year. They really like to run their offense and are very deliberate, so I was pleased for the most part with the way we defended. We had some good individual performances, but overall as a team, I was really happy with what I saw today.”

Indeed, the numbers were strong. The Bucs finished the game shooting 59 percent from the field and out-rebounded the Bison 38-26. ETSU also held a 36-24 advantage in points in the paint, while shooting 45 percent from 3-point range.

Bernard’s production was a career high and came in a four-minute span in the first half when the Bucs needed a lift on the offensive end. With the score 16-15, Bernard took a pass from Armus and connected on a layup, and then later rattled off another eight straight points – which included an electrifying dunk and back-to-back 3-pointers to make it 32-20 in favor of the Bucs.

While they led 39-27 at halftime, ETSU did see the Bison make a run early in the second half and cut the Bucs’ advantage to seven at 62-55 with 6:59 left in the game. At that point, ETSU turned up the heat on defense, allowing only one North Dakota State score for the next four minutes of game play and building a 73-58 lead with 3:31 left.

For the Bison, Rocky Kreuser had a team high 13 points, while Tyson Ward added 11 and Jarius Cook pitched in 10.

Next up for ETSU, the Bucs will head back on the road for a non-conference matchup with Georgia Southern on Tuesday, Nov. 27th. Tip in Statesboro, Ga., is set for 7 p.m. For more on ETSU men’s basketball throughout the 2018-19 season, visit ETSUBucs.com and click on the men’s hoops link.