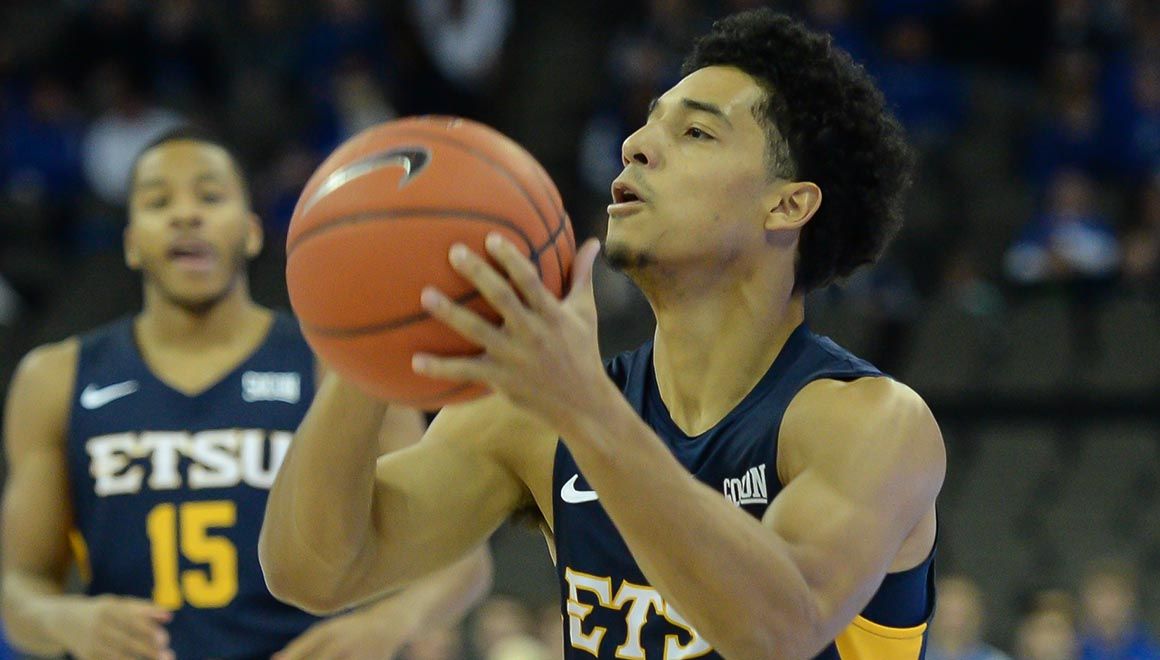 STATESBORO, Ga. (Nov. 27, 2018) – With the ETSU men’s basketball team clinging to a two-point lead and less than three minutes left in regulation, sophomore guard Patrick Good (Johnson City) came through for the Buccaneers.

Hitting a pair of 3-pointers in the waning minutes – including one that connected with 38 seconds left – Good and the Buccaneers escaped Hanner Fieldhouse Tuesday night with a tough 69-64 non-conference victory over Georgia Southern.

In a game that featured 12 ties and 13 lead changes, the Bucs improved to 6-2 on the season and won their fifth straight game. Meanwhile, Georgia Southern (5-1) suffered its first loss of the year after opening the season by winning the Islands of the Bahamas Showcase with five straight victories.

“It wasn’t pretty but we found a way to win,” said ETSU head coach Steve Forbes. “That’s the encouraging part. We were the tougher team tonight. Was it perfect? No. We had 21 turnovers, but what we really did was guard and defend in the half court and that was the difference.”

The win did not come easy.

In the first half, the Bucs struggled to stop the Eagles from driving to the basket for scores in the early going and trailed by as many as seven at 19-12 with 10 minutes left before halftime. At that point, the Bucs regrouped to put together a 7-0 run to tie the contest, and went on to lead 32-27 at the intermission. Boyd and Tisdale led the way for ETSU with 10 points each before the break.

As the second half opened, the Bucs maintained their lead until the Eagles used a 7-1 run to take a 48-47 advantage halfway through the final 20 minutes of play. There would be five more lead changes the rest of the way before a three-pointer by Boyd made it 61-59 in favor of the Bucs and set the stage for Good’s two makes later in the game.

While the game did not feature strong offensive play – as the teams shot in the low 40s and both combined for 37 turnovers – ETSU did once again own the boards by out-rebounding the Eagles 46-34.

Next up for ETSU, the Bucs will head back on the road for their Southern Conference opener Saturday night at Wofford, with tip set for 7 p.m. in Spartanburg, S.C. For more on ETSU men’s basketball throughout the 2018-19 season, visit ETSUBucs.com and click on the men’s hoops link.