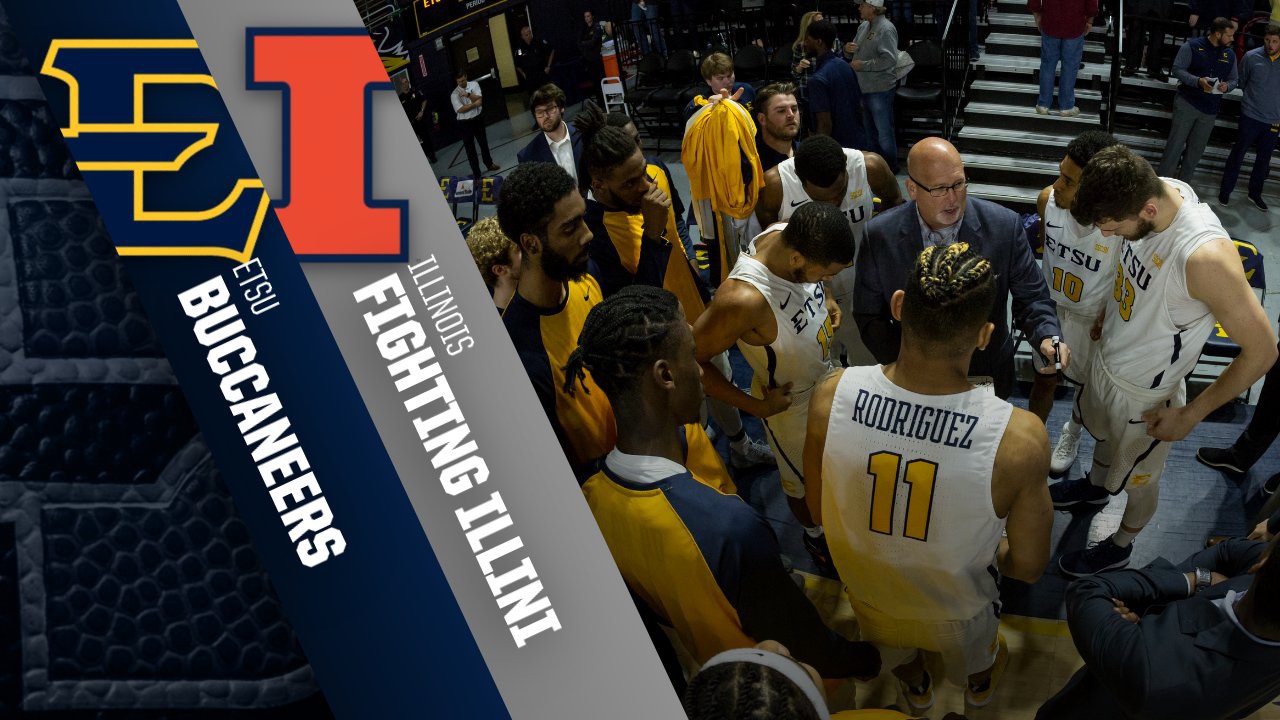 The Bucs closed the final 10 minutes on a 29-9 run to rally past UT Martin 80-62 last Saturday afternoon inside Freedom Hall … Junior forward Jeromy Rodriguez (Santiago, Dominican Republic) led the Bucs with 21 points and 16 rebounds, while Patrick Good (Johnson City, Tenn.) and Tray Boyd III (Memphis, Tenn.) combined for nine three-pointers and 34 points … As a team, ETSU finished with a season-high 21 assists, while shooting over 50 percent for the second straight game as the Bucs were 31-of-61 from the field … The Blue and Gold outscored the Skyhawks 47-24 in the second half, marking the lowest points the Buccaneers have allowed in the second half this season.

ETSU junior forward Jeromy Rodriguez was named Southern Conference Player of the Week as the league office announced its weekly award on Tuesday ... Rodriguez finished with his sixth double-double of the season en route to guiding the Bucs to their 18-point win over UT Martin last Saturday .... The Buccaneer forward posted a career-high 21 points (8-of-11 shooting), grabbed 16 rebounds and dished out three assists to help keep ETSU’s perfect 6-0 home record intact.

Former teammates are set to meet Saturday afternoon as ETSU’s Jeromy Rodriguez and Illinois’ Andres Feliz were teammates on the Dominican Republic national teams, as well as spending one year playing together at Northwest Florida State -- where Coach Forbes spent two seasons as the head coach -- going 62-6 between 2011-12 and 2012-13.

ETSU begins its three-game road swing this weekend, while then traveling to El Paso, Texas for the Sun Bowl Classic on Dec. 21-22 ... During this trip, the Bucs will log roughly 5,500 miles.

When it comes to ETSU’s scoring, the Bucs are dominating their opponents in the paint -- the Blue and Gold are +128 (424-296) in that statistical category ... The Bucs are averaging 38.5 points per game in the paint, while also adding 14.1 second-chance points per contest and 17.5 points off turnovers ... In ETSU’s win over Hiwassee back on Nov. 8, the Bucs scored 70 of their 109 points in the paint, while the bench added 65 points in that contest ... The Bucs’ largest deficit overcome this season was 18 against Sam Houston State back on Nov. 20, where ETSU rallied for a 14-point win, 77-63.

Jeromy Rodriguez leads the Bucs with six double-doubles this season, which ranks seventh nationally … On the season, Rodriguez is averaging 12.2 points and 12.4 rebounds per contest … Rodriguez is only one of six players to average double figures in scoring, rebounding and averaging over 2.5 assists per game.

ETSU made a season-high 10 three-pointers last Saturday against UT Martin en route to extending its streak of making at least one three-pointer to 974 consecutive games … The Bucs’ streak ranks sixth nationally.

ETSU is searching for its first-ever win against a Big Ten opponent as the Bucs have dropped all 17 games against Big Ten foes ... Saturday marks the first  Big Ten opponent for the Blue and Gold since hosting Michigan State on Dec. 10, 1998.

Illinois defeated UNLV 77-74 last Saturday at home and improved to 3-7 on the season.

The Illini have won three of their four home games.

Illinois has faced a difficult non-conference schedule as they played then-No. 3 Gonzaga, Iowa State and Xavier in the Maui Invitational, while also facing Notre Dame and Georgetown before opening conference play with Nebraska and then-No. 19 Ohio State.

Three players are scoring in double figures, including Big Ten All-Freshman Team selection Trent Frazier who leads the team with 14.4 points per game, while freshman guard Ayo Dosunmu (12.0 ppg) and senior guard Aaron Jordan (10.4 ppg) are also scoring in double figures … Jordan also leads the team with 24 three-pointers and is tied for the team lead with 4.9 rebounds per game.

Andres Feliz is coming off a 19-point effort in the win over UNLV, while redshirt junior forward Kipper Nichols added 12 points and Dosunmu posted 10 points and five rebounds in 26 minutes.

Saturday marks the first-ever meeting between the two programs.

Fans can also tune into “Voice of the Bucs” Jay Sandos on the radio call via WXSM-AM 640 beginning with the Atmos Energy Pregame Show at 1:30 p.m. ET.; CLICK HERE FOR LIVE AUDIO

Live stats will also be provided via FightingIllini.com… Fans can access live stats on their computers or mobile devices by clicking here

ETSU will head to El Paso, Texas for the 2018 Sun Bowl Classic, which begins Friday, Dec. 21 against Wyoming at 7 p.m. ET ... The winner of ETSU-Wyoming will take on the winner of UTEP-Norfolk State Saturday, Dec. 22 at 9 p.m. ET, while the two losing teams play in the consolation game at 7 p.m.