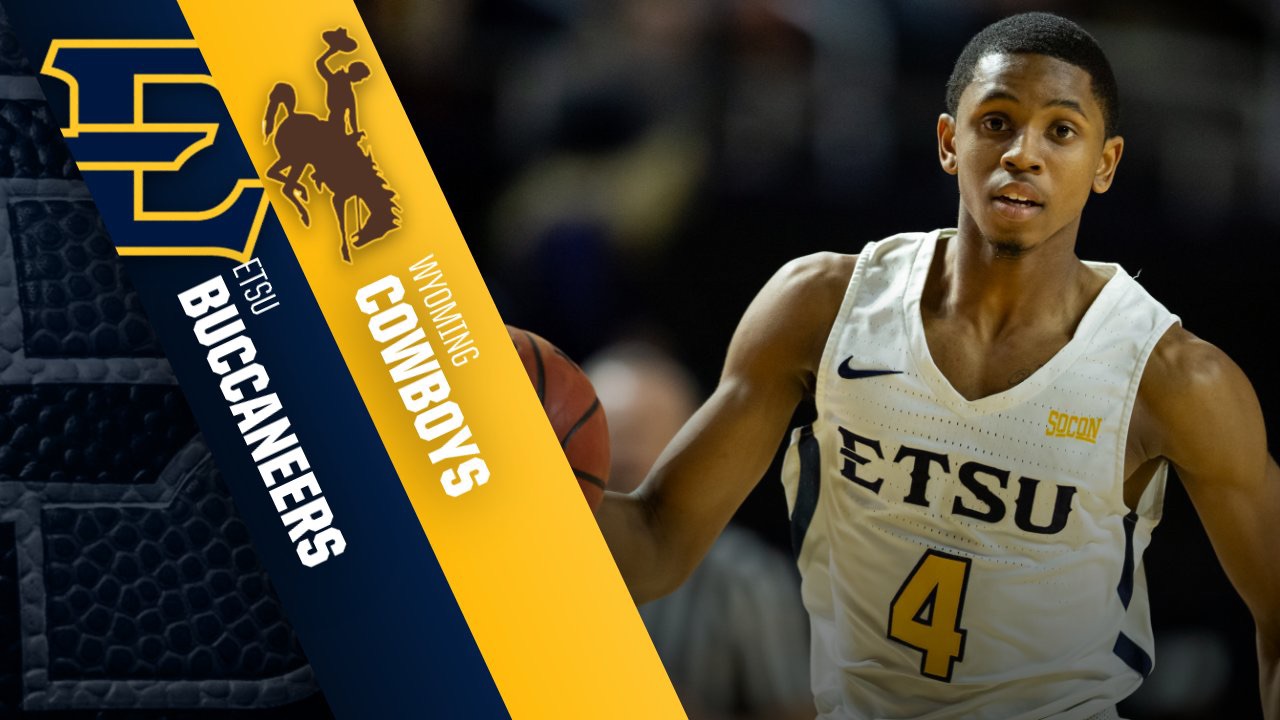 Bucs to play either UTEP or Norfolk State on Saturday

EL PASO, Texas (Dec. 20, 2018)– After getting a few days to get acclimated to the area, the ETSU men’s basketball will begin play in the 57th annual Don Haskins Sun Bowl Invitational as the Buccaneers are set to face Wyoming on Friday night inside Haskins Center. Tipoff is set for 7 p.m. ET.

ETSU (8-4) looking to rebound from a 73-55 loss at Illinois last Saturday … The Bucs, who had travel nightmares getting to Champaign, were outscored 29-5 in the opening 13 minutes of the contest and could not dig out of the large deficit … The Bucs cut the Illini lead to 15 midway through the second half but couldn’t inch any closer … Freshman guard Daivien Williamson (Winston-Salem, N.C.) made his first eight shots of the game en route to pouring in a career-high 19 points, while sophomore guard Patrick Good (Johnson City, Tenn.) added 11 points … Overall, the Bucs’ bench combined for 52 points, while ETSU’s starters went 1-of-16 from the field.

ETSU made six three-pointers in Saturday’s game against Illinois en route to extending its streak of making at least one three-pointer to 975 consecutive games … The Bucs’ streak ranks sixth nationally with UNLV holding the nation’s longest active streak.

RODRIGUEZ ONE THE TOP REBOUNDERS IN THE COUNTRY

As a team, the Blue and Gold rank second in the country in rebound margin (13.8), third in total rebounds (514) and 10th in offensive rebounds per game (14.5) … ETSU totaled a season-high 64 rebounds earlier this month versus Reinhardt, marking the eighth-most by a SoCon team in league history … The 64 rebounds were also the most by a Buccaneer team since Feb. 5, 1973 when ETSU totaled 71 against Appalachian State.

AS GOOD AS IT GETS

ETSU has registered 185 assists this season, which ranks 36th nationally … In their 18-point win over UT Martin back on Dec. 8, the Bucs assisted on 21 of their 31 made field goals … Junior guard Isaiah Tisdale (Lexington, Ky.) ranks 35th in assist to turnover ratio (3.07).

Jeromy Rodriguez leads the Bucs with six double-doubles this season, which ranks ninth nationally … On the season, Rodriguez is averaging 11.3 points and 11.9 rebounds per contest.

This season the Bucs are 7-0 when scoring 70 points or more, along with being 7-0 when holding the opposition under that 70-point mark … The Blue and Gold are 5-0 when leading at halftime this season, while posting a 7-0 mark when shooting better than their opponent and 5-0 when shooting over 50 percent … Through 12 games, ETSU is averaging 37.2 points in the paint, 17 points off turnovers and 29 points off the bench.

Wyoming has lost three of its last four games and enters the tournament with an overall record of 3-7.

Wyoming is led by senior guard Justin James as he’s averaging 24.5 points, 9.8 rebounds and 4.3 assists per contest … Sophomore guard Hunter Maldonado is posting 13.8 points and 6.8 rebounds in eight games, while Jake Hendricks is averaging 13.1 points and leads the team in three-pointers made (32).

As a team, the Cowboys are averaging 74.5 points per game, while giving up 78.8 per contest and allowing their opponents to shoot 45 percent from the field … Wyoming only turns the ball of 11.9 times per game and ranks 33rd nationally in fewest turnovers (116).

Wyoming is being outscored by 50 points in the first half this season, while they are averaging over 40 second-half points.

Friday marks the first-ever meeting between the two programs.

A live video stream will be provided via UTEPAthletics.com; CLICK HERE FOR LIVE VIDEO

Friday’s game will be broadcast live on WXSM-AM 640 as “Voice of the Bucs” Jay Sandos will have the call  beginning with the Atmos Energy Pregame Show at 6:30 p.m.; CLICK HERE FOR LIVE AUDIO

Live stats will also be provided via UTEPAthletics.com… Fans can access live stats on their computers or mobile devices by clicking here