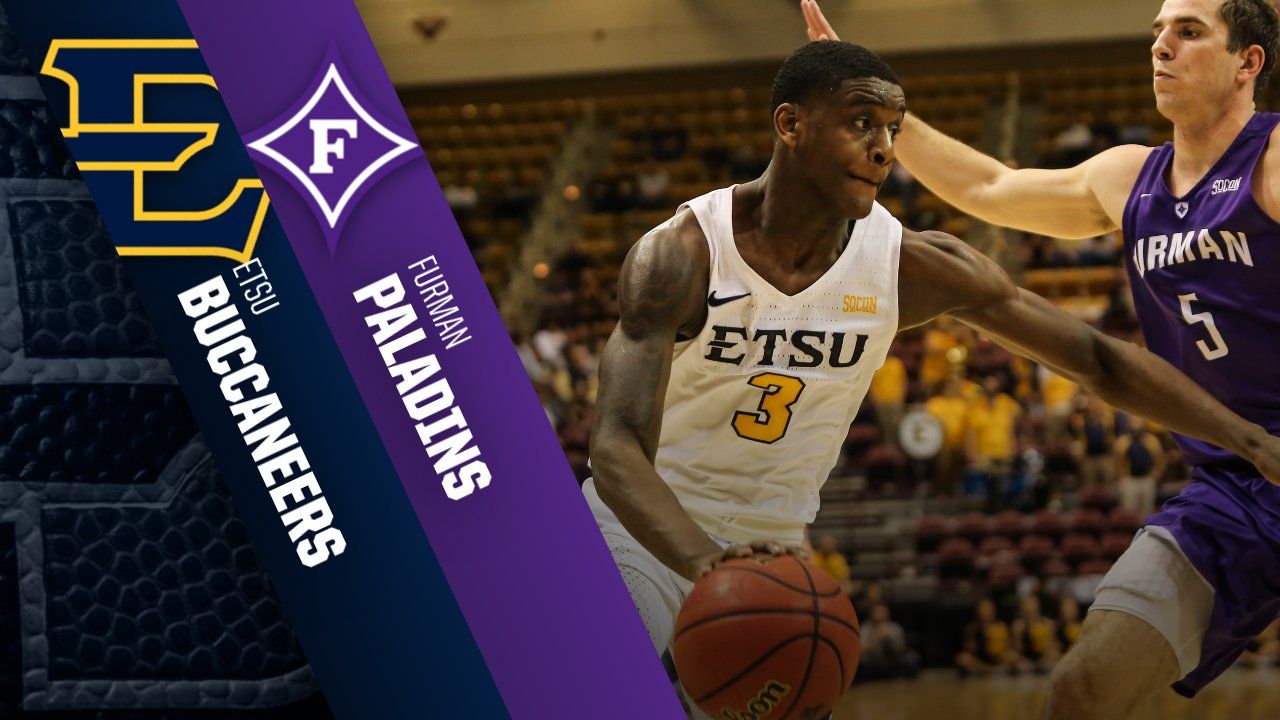 JOHNSON CITY, Tenn. (Dec. 28, 2018) – Coming off a successful non-conference portion of the schedule, the ETSU men’s basketball team bounces back into Southern Conference play as the Buccaneers host Furman Saturday afternoon inside Freedom Hall. Tip-off is set for 4 p.m.

After defeating Norfolk State to secure the Sun Bowl Invitational title back on Dec. 22, ETSU joined an elite group in program history ... The win over the Spartans marked the 10th non-conference victory of the season, which marked just the fifth time in program history a Buccaneer team has accomplished the feat ... The previous four teams (1988-89, 1989-90, 1990-91 and 2016-17) have all gone on to play in the NCAA Tournament.

According to Kenpom.com, the Bucs rank ninth among NCAA Division I teams in percentage of returning minutes from last season at 15.8% ... Mount St. Mary’s tops the country by only returning 6.6%; however, the ETSU is only one of three teams in the top 10 to post a winning record this season at 10-4 ... Wichita State ranks sixth at 11% and sits at 7-5, while Santa Barbara is 10th at 16% and sits at 9-3.

Furman (12-1, 1-0) is coming off its first loss of the season as the Paladins suffered a 75-57 setback at LSU back on Dec. 21 … Furman became the first team to reach 12 wins this season, which is tied for the most in Division I.

The Paladins are currently ranked third in the CollegeInsider.com Mid-Major Top 25 Poll … Earlier this season, Furman defeated a pair of 2018 Final Four teams in Loyola-Chicago and Villanova.

Furman cracked the Top 25 for the first time in program history as the Paladins were ranked as high as No. 23 before their loss at LSU.

Lyons is averaging 17.8 points per game, while Rafferty is posting 16.5 points and 9.2 rebounds per contest.

As a team, Furman is averaging 81.6 points per game and shooting 48 percent from the field.

In a series that dates back to 1962, the Bucs lead the all-time series, 30-27, including winning two of the three games last season ... The teams have split the regular season series since the Bucs rejoined the league in 2014-15; however, last season marked the first time since that span the clubs did not defend their home court … The Bucs won 62-61 in Greenville on Desonta Bradford’s game-winning shot with 4.5 seconds remaining, while Furman defeated ETSU 79-76 in the regular season finale … The two teams then met in the semifinals of the SoCon Tournament and the Blue and Gold took down Furman, 63-52.

Saturday’s game will be broadcast live on ESPN+ with David Jackson and Bruce Tranbarger on the call; CLICK HERE FOR LIVE VIDEO

Fans can also tune into “Voice of the Bucs” Jay Sandos on the radio call via WXSM-AM 640 beginning with the Atmos Energy Pregame Show at 3:30 p.m.; CLICK HERE FOR LIVE AUDIO

Live stats will also be provided via StatBroadcast… Fans can access live stats on their computers or mobile devices by clicking here or visiting BucsStats.com

Fans can purchase tickets online by clicking here … Single-game tickets start as low as $7.50 or you can purchase a “Family 4 Pack” for $20.