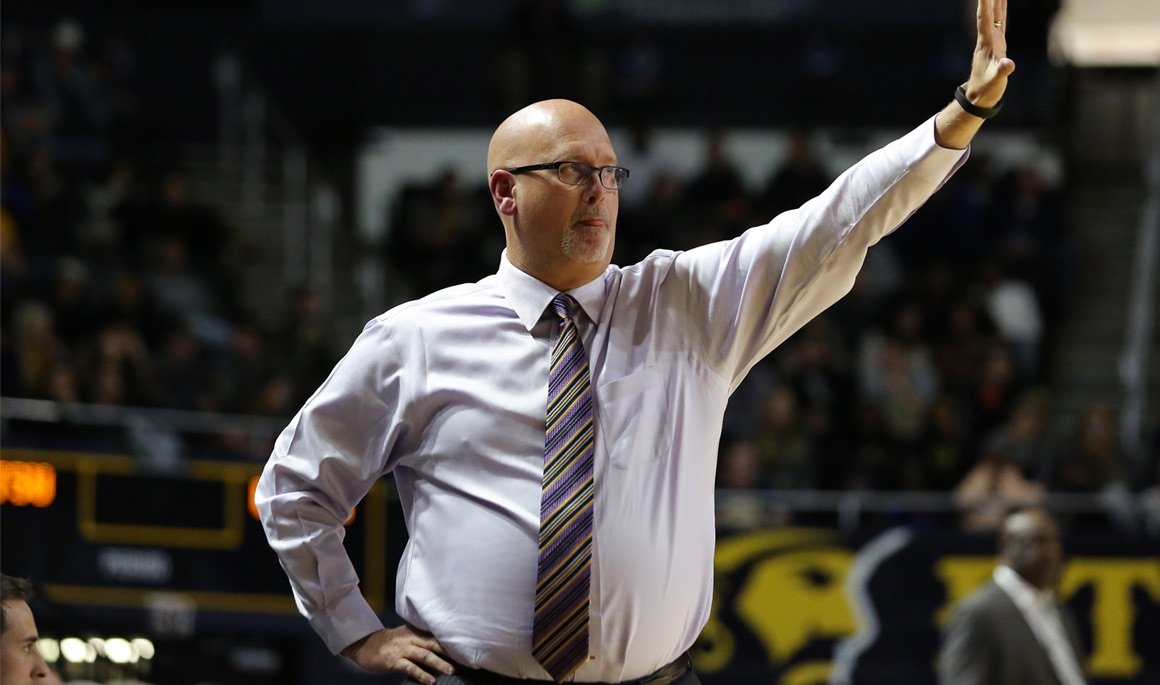 BIRMINGHAM, Ala. (Jan. 31, 2019)– Sophomore guard Patrick Good (Johnson City, Tenn.) poured in a game-high 27 points – including a pivotal four-point-play to break a tie game with just over four minutes remaining – to help lift ETSU men’s basketball to a 74-66 win over Samford on Thursday night inside Pete Hanna Center. With the win, head coach Steve Forbes recorded his 250th career victory -- 94 of them coming at ETSU.

In a game that featured six ties and seven lead changes, Good put the Blue and Gold ahead for the remainder of the game when he drained a three-pointer in front of the Buccaneer bench and finished off the four-point-play to give ETSU a 62-58 win with 4:22 remaining. The play fueled a 9-0 spurt and the Blue and Gold secured the series sweep over the Bulldogs with the eight-point road win.

Good, who was coming off his historic game with 11 made three-pointers and a career-high 35 points last Saturday at Western Carolina, went 7-of-13 from the field (6-of-12 from three) with four steals, three assists and two rebounds. Good scored 22 of his points in the second half where he went 5-of-7 from beyond the arc and 7-of-9 at the free throw line. Over his last two games, Good has totaled 62 points and 17 made threes.

The Bucs’ defense forced Samford guard Josh Sharkey into eight of its 14 turnovers, which the Blue and Gold cashed those miscues into 21 points. ETSU totaled 34 points in the paint and registered 30 points from its bench. The Bucs also finished with 41 rebounds, including a career-high 10 from sophomore guard Bo Hodges (Nashville, Tenn.). Hodges also pitched in with five points, three assists and two steals.

After a tightly contested first half where the Bulldogs led 30-29 at the break, the Bucs rattled off the first seven points to go up, 36-30, following a pair of free throws by Rodriguez. ETSU eventually pushed its lead to 10, 46-36, but the Bulldogs mounted a couple of runs to rally back into the game.

Samford used a 9-2 run to make it 48-45 with 11:09 to play – and after the Blue and Gold went ahead seven with just under eight minutes left – the Bulldogs rattled off eight unanswered to regain a 56-55 lead with 5:58 showing on the clock.

From there, the teams traded baskets, but Good then sparked the final Buccaneer surge when he was knocked to the ground on his three-pointer with 4:22 remaining to make it 62-58. The bucket sparked the 9-0 run and the Bucs made their final six free throws in the closing seconds to capture the win.

The Bucs look to cap off their perfect road swing as ETSU plays at Chattanooga on Saturday evening. Tip-off is set for 4:30 p.m. inside McKenzie Arena.