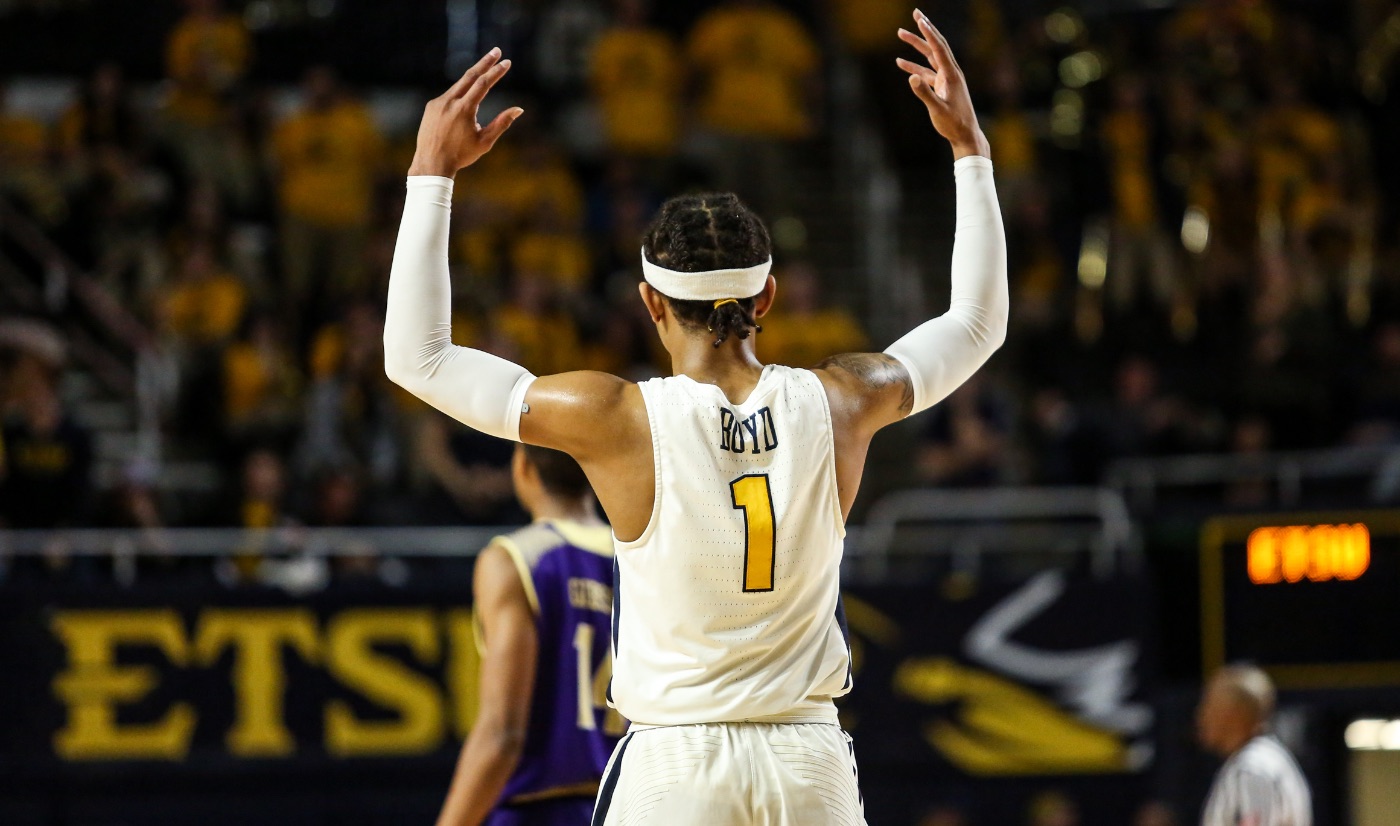 JOHNSON CITY, Tenn. (Oct. 10, 2019) – After being tabbed as the Southern Conference favorite by the league coaches and media at Monday’s Tip-Off event in Asheville, N.C., the ETSU men’s basketball team received more preseason accolades. Athlon Sports and Lindy’s Sports both released their 2019-2020 College Basketball previews, and the Buccaneers were pegged to win the SoCon by both media publications.

The Bucs, who were also the preseason SoCon favorite by Chris Dortch’s Blue Ribbon College Yearbook, return over 80 percent of their scoring, 77 percent of their rebounding and 88 percent of their three-point shooting from last year’s team that posted 24 wins. Overall, the Blue and Gold return four starters and their top six scorers from 2018-19.

Lindy’s also listed Rodriguez as its Player of the Year, while being the league’s “Top Rebounder”  and “Best NBA Prospect.” Hodges was listed as the  “Most Versatile” player in the conference.

ETSU hosts Limestone in an exhibition game on Friday Nov. 1, while opening the season with Newberry on Wednesday, Nov. 6. Tip time for both games is set for 7 p.m. inside Freedom Hall.

Season tickets for the upcoming 2019-2020 season are currently available starting at $125. To purchase tickets, please call the ETSU Ticket Office at 423-439-3878 or purchase them online at ETSUBucs.com.