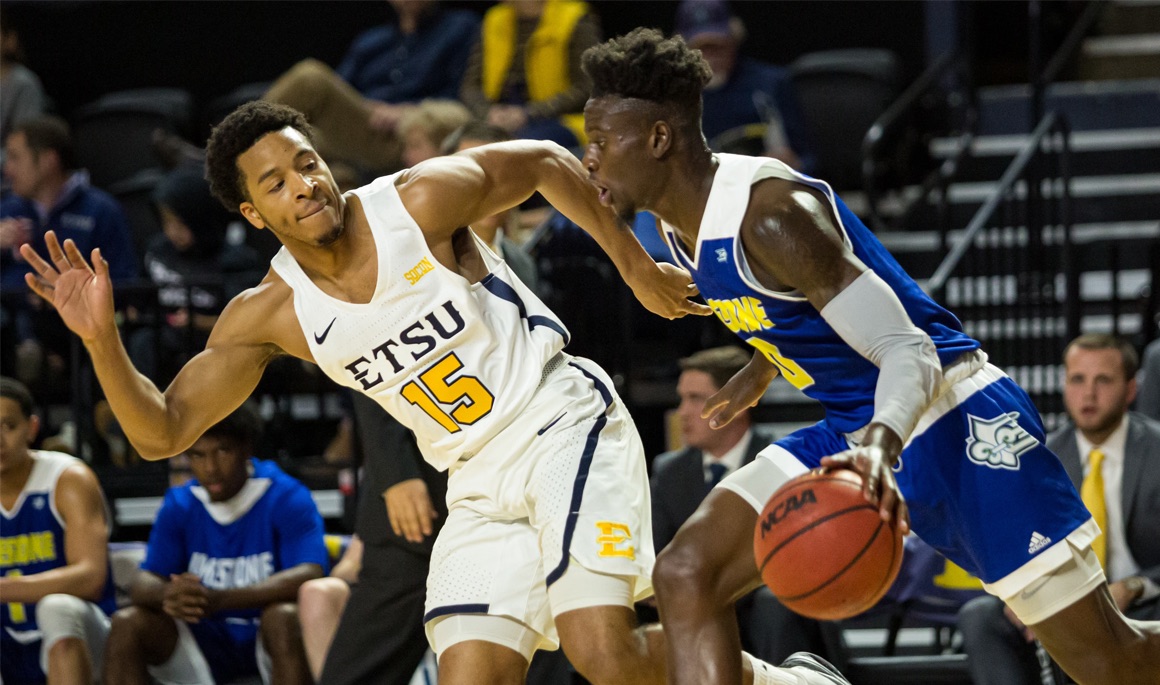 JOHNSON  CITY, Tenn. (Nov. 1, 2019) -- The ETSU men’s basketball team made its final tune-up before next week’s season opener as the Buccaneers downed Limestone, 80-62 in an exhibition game on Friday night inside Freedom Hall.

As a team, ETSU – who used a strong second-half surge – shot 47 percent (31-66) from the field and forced the Saints into 27 turnovers, which the Bucs cashed those into 30 points on the offensive end. ETSU also made nine of its 11 free throw attempts, while limiting Limestone to 3-of-15 from beyond the arc. Tisdale and Williamson combined for 5-of-5 at the charity stripe.

The Bucs shot 53 percent (18-34) in the second half, along with draining seven of their nine made total threes in the final 20 minutes. Boyd made four of ETSU’s three-pointers.

After only leading by seven points at the half, ETSU turned things into a new gear in the final 20 minutes – scoring 50 points in the second half.

Overall, the 13 Bucs who dressed saw playing time with 10 different players accounting for the  80-point output.

After taking on Virginia Tech in a closed scrimmage and facing Limestone in an exhibition game, the Bucs open the  2019-2020 season next Wednesday night when ETSU hosts Newberry. Game time is set for 7 p.m. inside Freedom Hall.