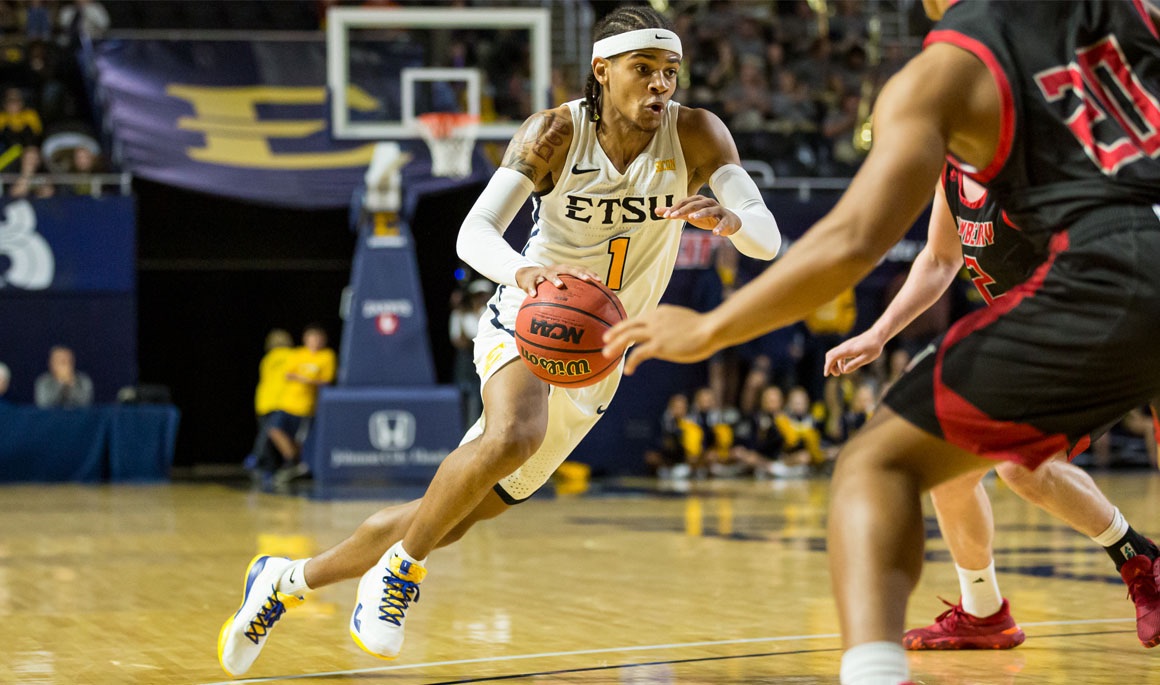 ETSU closes first half on 21-2 run

JOHNSON  CITY, Tenn. (Nov. 6, 2019) -- Thanks to a strong defensive effort and closing the first half on a 21-2 run, the ETSU men’s basketball team cruised to a 79-50 season-opening win over Newberry on Wednesday night inside Freedom Hall.

The Blue and Gold improved to 5-0 in home openers under head coach Steve Forbesby using a well-balanced attack as four players scored in double figures and nine different Bucs reached the scoring column in the wire-to-wire win.

As a team, who outscored the Wolves 38-11 in the opening 20 minutes, shot 48 percent from the field, while limiting the visitors from South Carolina to a 35 percent clip. ETSU assisted on 14 of its 28 made field goals with Tisdale and Daivien Williamson (Winston-Salem, N.C.) each registering three.

With the win, ETSU has now won 36 of its last 39 home openers en route to improving to 3-0 all-time against Newberry.

After hitting back-to-back threes from Williamson and Tisdale in the opening minutes, Newberry pulled within 9-6, but the Buccaneer defense wouldn’t let the Wolves inch any closer. Over the next three minutes ETSU scored the next eight points to open an 11-point lead, while  holding Newberry to single digits for the first 17-plus minutes as a three-pointer by Boyd made it 36-9 with 2:34 remaining before the break.

The Buccaneer lead never dipped below 21 in the second half and ETSU took its largest lead of the night when Good assisted Boyd on his third and final three, making it 73-40 with just under three minutes remaining.

ETSU outrebounded Newberry by 12, 39-27, with all 11 Buccaneers registering at least one board. Hodges, Tisdale and Good each finished with five rebounds. After turning the ball over three times in the first four minutes, ETSU only coughed the ball up nine times in the final 36.

Newberry was led by guard Angelo Sales, Jr. as he finished with 12 points, while Marshall Lange  added 11.

The Bucs will hit the road for the first time this season as ETSU takes on UT-Martin Saturday night at 8 p.m. ET inside the Elam Center.