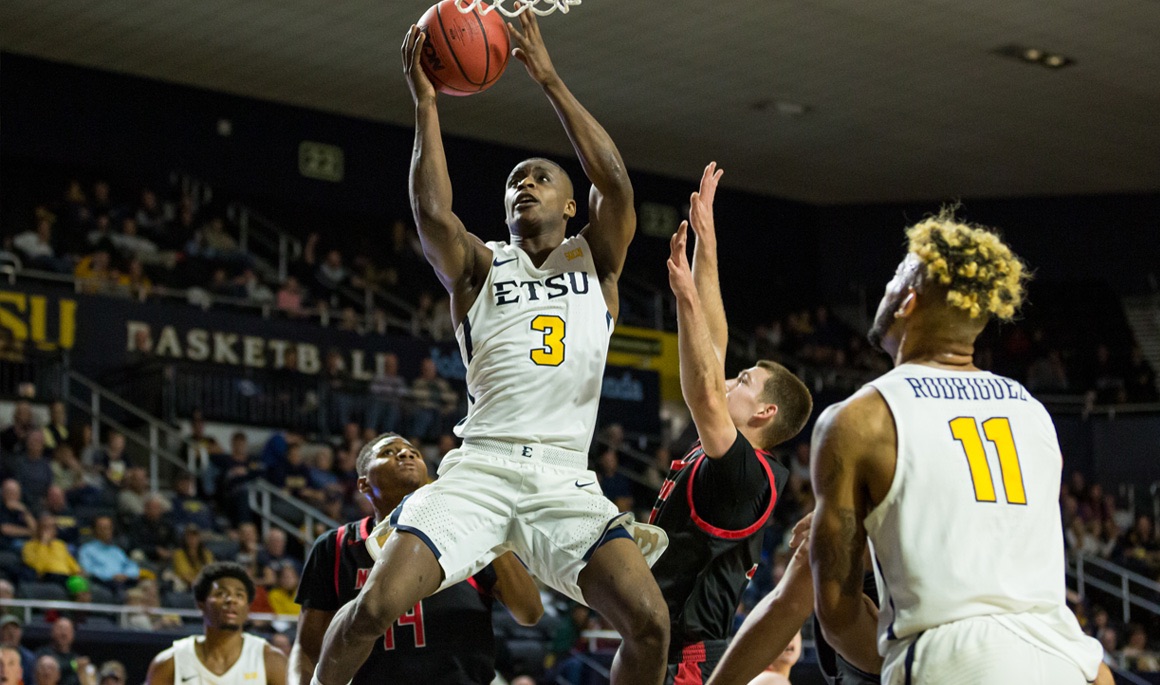 Bucs remain at No. 3 in Mid-Major Top-25
Related Links

JOHNSON CITY, Tenn. (Nov. 12, 2019) – Following the first week of the season, the ETSU men’s basketball team remained at No. 3 in the CollegeInsider.com Mid-Major Top-25 Poll as the updated rankings were released late on Monday.

ETSU used strong shooting and balanced scoring to secure the pair of wins last week, as the Blue and Gold shot 55 percent (63-114), with six players averaging over eight points per game, including four in double digits. In addition, the Bucs are shooting 45 percent (18-40) from beyond the arc, while holding the opposition to a 29.7 mark (11-37) from three.

Gonzaga received all 29 first-place votes and remained at No. 1, while St. Mary’s – who knocked off Wisconsin in the season-opener – kept its spot at No. 2. Vermont stayed at No. 4 and Liberty swapped spots with New Mexico State to crack the top-five.

Three Southern Conference teams are in the top-25 with Furman jumping into the top-10 at No. 7 and UNCG staying at No. 16.

The Bucs return to action Thursday night when ETSU hosts Winthrop – who just knocked off No. 18 St. Mary’s – at 7 p.m. inside Freedom Hall.