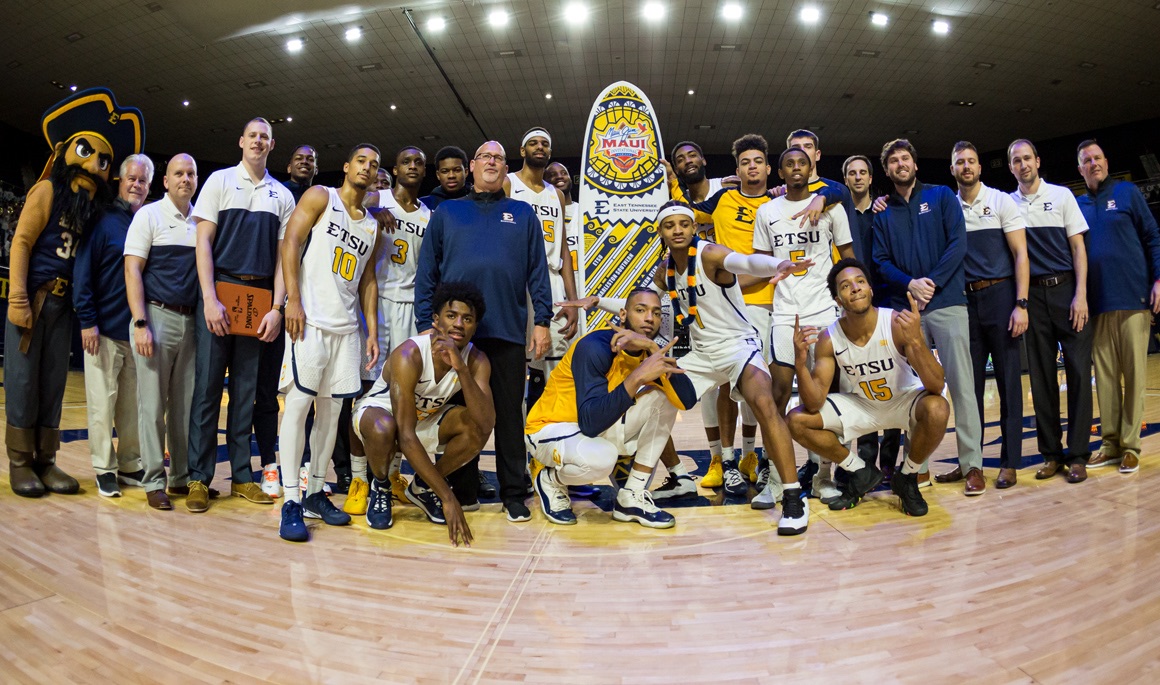 JOHNSON CITY, Tenn. (Nov. 24, 2019) -- In a game where ETSU never trailed, the Buccaneers never felt at ease until the final minutes as the Blue and Gold pulled away for a 70-58 win over Southern Utah to claim the Maui Jim Maui Invitational mainland portion of the tournament on Sunday afternoon inside Freedom Hall.

For the fifth time in six games the Bucs had a different leading scorer as senior center Lucas N’Guessan (De Lier, Netherlands) poured in a career-high 18 points and grabbed seven rebounds, while junior guard Patrick Good (Johnson City, Tenn.) knocked down three of his five three-pointers in the second half to finish with 16 points.

Despite leading by 10 at the half, ETSU saw its deficit cut to three in the opening eight minutes of the second half.

That’s when Good stepped up and knocked down his clutch threes over a four-minute stretch to see the Bucs’ lead expand back into double figures, 54-44, with 7:36 remaining.

The Thunderbirds kept battling and pulled within five at the 3:38 mark, but the Blue and Gold rattled off eight straight points to take their largest lead of the night, 64-51 with just under two minutes remaining. ETSU made 10 of its final 12 free throws in the closing minutes to secure the home win.

The game was tightly contested in the first half as neither team led by as many as six in the opening 10 minutes, but with ETSU ahead 15-14, the Bucs used an 8-0 run to build a nine-point lead, 23-14, following a three-pointer by Isaiah Tisdale (Lexington, Ky.) at the 7:35 mark.

ETSU closes out its stretch of playing three games in a four-day stretch, Tuesday night when the Bucs host former Southern Conference rival Appalachian State. Tip-off is set for 7 p.m.