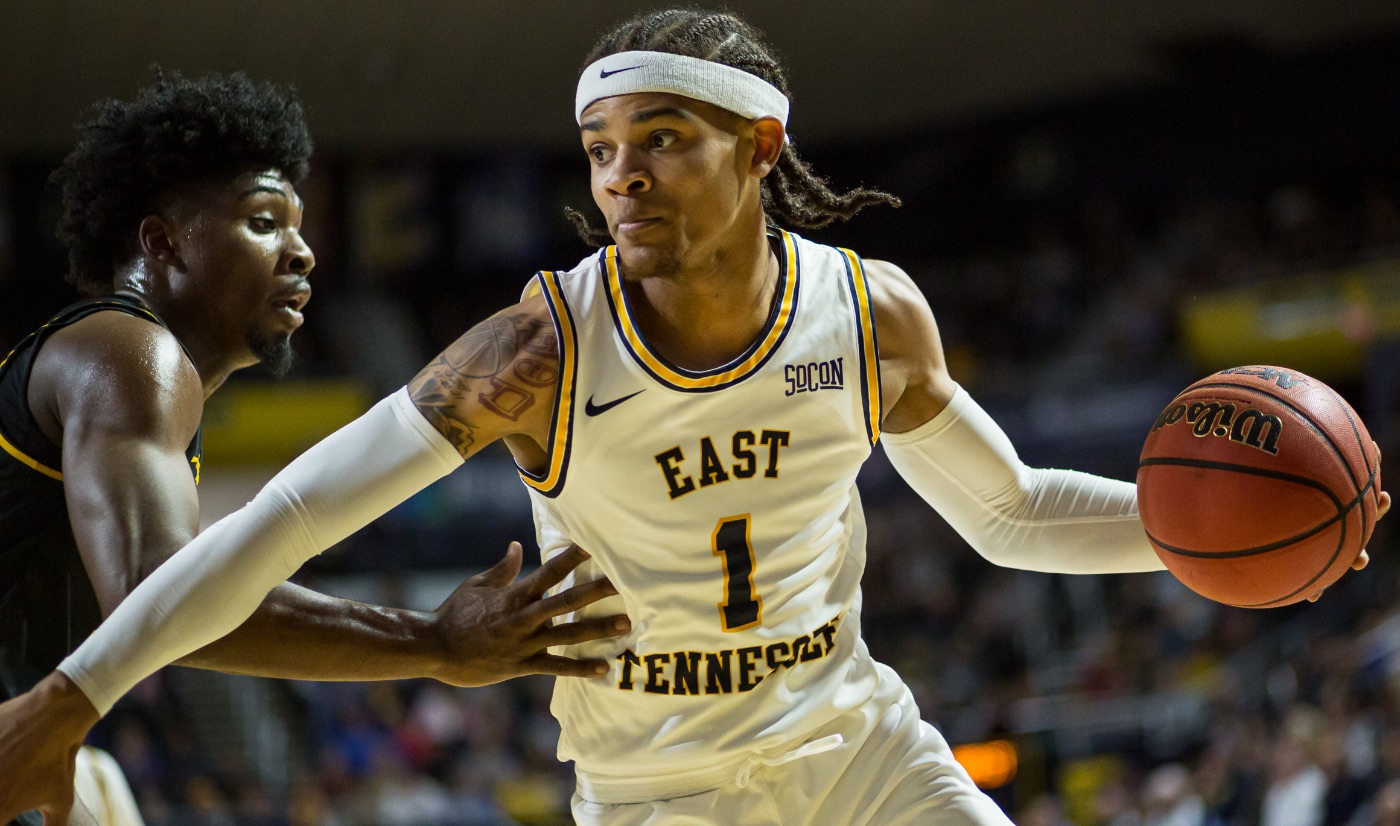 JOHNSON CITY, Tenn. (Nov. 26, 2019) – Despite having nearly an eight-year break between playing Appalachian State, ETSU men’s basketball picked up right where it left off.

The Bucs, who were playing their third game in a four-day stretch and fourth game in seven days, captured a seventh straight win over their former Southern Conference rival, along with marking the first-ever meeting since Dec. 10, 2011 when ETSU won 65-48 in Boone. Tuesday night was the 126th all-time meeting, and following ETSU’s win, the Blue and Gold have now won 80 games in the series.

Boyd was joined by Bo Hodges (Nashville, Tenn.) and Lucas N’Guessan (De Lier, Netherlands) in double figures. Hodges added 19 points (7-of-14 shooting) and seven rebounds, while N’Guessan – coming off a career-high 18-point performance on Sunday – totaled 14 points, nine rebounds and three blocks. To gp with his 22 points, Boyd also finished with  four assists and knocked down four of the Bucs’ 10 three-pointers.

As a team, the Blue and Gold shot 46 percent (26-57) and assisted on 15 of their 26 makes. The Bucs were also plus-eight on the glass (42-34) and only turned the ball over 12 times. Meanwhile, ETSU was efficient with Appalachian State’s miscues as they cashed 10 turnovers in 15 points.

With the win, ETSU moved to 6-1, marking its best start since the 2016-17 season when the Bucs opened 7-1 en route to claiming the SoCon Championship and making the NCAA Tournament.

The opening 10 minutes of the first half went back and forth but with the game tied at 14, ETSU used a 16-2 run to open a 30-16 lead following a put-back back N’Guessan with 4:58 remaining. From there, the Bucs’ lead hovered around the 11-point threshold and ETSU carried a 10-point lead into the locker room, 33-23.

Seven different Bucs scored in the first half with Boyd leading the pack with eight. Overall, half of ETSU’s 12 made field  goals came from beyond the arc as the Blue and Gold were plus-4 from three-point range in the opening 20 minutes.

Hodges scored the first bucket of the second half to give ETSU a 12-point lead; however, the Bucs  were unable to extend it any further until the closing minutes of the game.

Two minutes later the Mountaineers cut the deficit to five – and after Isaiah Tisdale’s (Lexington, Ky.) three-pointer at the 14:48 mark put the Bucs back up 10 – Appalachian State kept fighting back.

The  Mountaineers got to within four three different times, but again, ETSU pushed the lead back to eight following a dunk by N’Guessan, making it a 54-46 game with just under 10 minutes to play.

Following a 7-1 run by Appalachian State to cut the deficit to two, both teams traded baskets over the next two minutes.

But with ETSU leading 60-58, the Bucs scored 10 of the next 12 points to go back up 10 thanks  to Boyd knocking down his final bucket of the night with 3:02 showing on the clock. Appalachian State only got to within seven points and the Bucs walked away with the nine-point non-conference win.

O’Showen Williams led the Mountaineers with 22 points, while Isaac Johnson finished with 14 points and 15 rebounds.