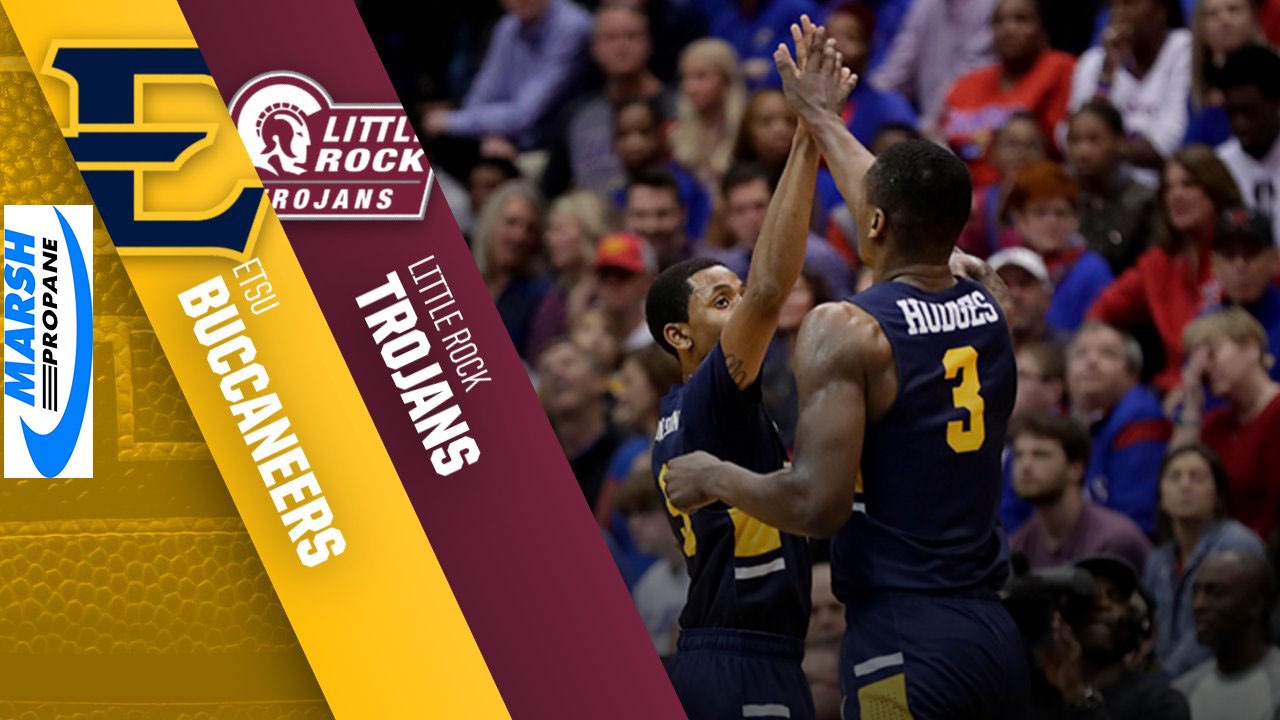 JOHNSON CITY, Tenn. (Nov. 29, 2019) – After sweeping a three-game homestand, the ETSU men’s basketball team looks to carry that winning momentum on the road as the Buccaneers begin a three-game swing starting Saturday afternoon at Arkansas-Little Rock. Game time is set for 3 p.m. ET inside the Jack Stephens Center.

Saturday’s game will be video streamed live on ESPN+ with Ben Creighton and Steve Shields on the call; CLICK HERE FOR LIVE VIDEO

“Voice of the Bucs” Jay Sandos will have the radio call on WXSM-AM 640 beginning with the Atmos Energy Pregame Show at 2:30 p.m.; CLICK HERE FOR LIVE AUDIO

ETSU capped off its three-game homestand with a 78-69 win over Appalachian State on Tuesday night inside Freedom Hall.

The Bucs, who were playing their third game in a four-day stretch and fourth game in seven days, captured a seventh straight win over their former Southern Conference rival, along with marking the first-ever meeting since Dec. 10, 2011 when ETSU won 65-48 in Boone. Tuesday night was the 126th all-time meeting, and following ETSU’s win, the Blue and Gold have now won 80 games in the series.

This marks the Bucs’ ninth all-time meeting against a team from Arkansas with ETSU winning five of the previous eight games … The last time ETSU won in “The Natural State” was on Nov. 27,  2009 when the Bucs defeated Arkansas,  94-85.

ETSU will play three road games over the next seven days taking the Bucs from Little Rock, Arkansas, to Charleston, S.C. and then to Fargo, N.D. … Overall, the Bucs will cover over 4,700 miles during this trip, which begins Saturday in Arkansas … From there, ETSU will fly back home Sunday before leaving Tuesday for Charleston and taking on The Citadel Wednesday night … Following a day in Charleston on Thursday, ETSU will fly to North Dakota to play at NDSU Saturday night before flying back home to Johnson City on Dec. 8.

Sitting 6-1 through its first seven games, the Bucs are off to their best start since the 2016-17 campaign when ETSU opened 7-1 en route to making its 10thappearance in the NCAA Tournament.

Arkansas-Little Rock has won four of its last six games and enter Saturday’s game with an overall record of 5-3.

The Trojans are coming off a 67-50 win over Alcorn State on Wednesday night.

As a team, Little Rock is averaging 67.5 points per game, while holding opponents to 63 points and a 39% shooting clip.

The Trojans are 3-0 at home this season with wins over Alcorn State, St. Francis Brooklyn and Southwest Baptist.

Saturday marks the first-ever meeting between the two schools.

ETSU begins opens conference play Tuesday night when the Bucs travel to Charleston, S.C. and take on The Citadel  … Game time is slated for 7 p.m. inside McAlister Field House.