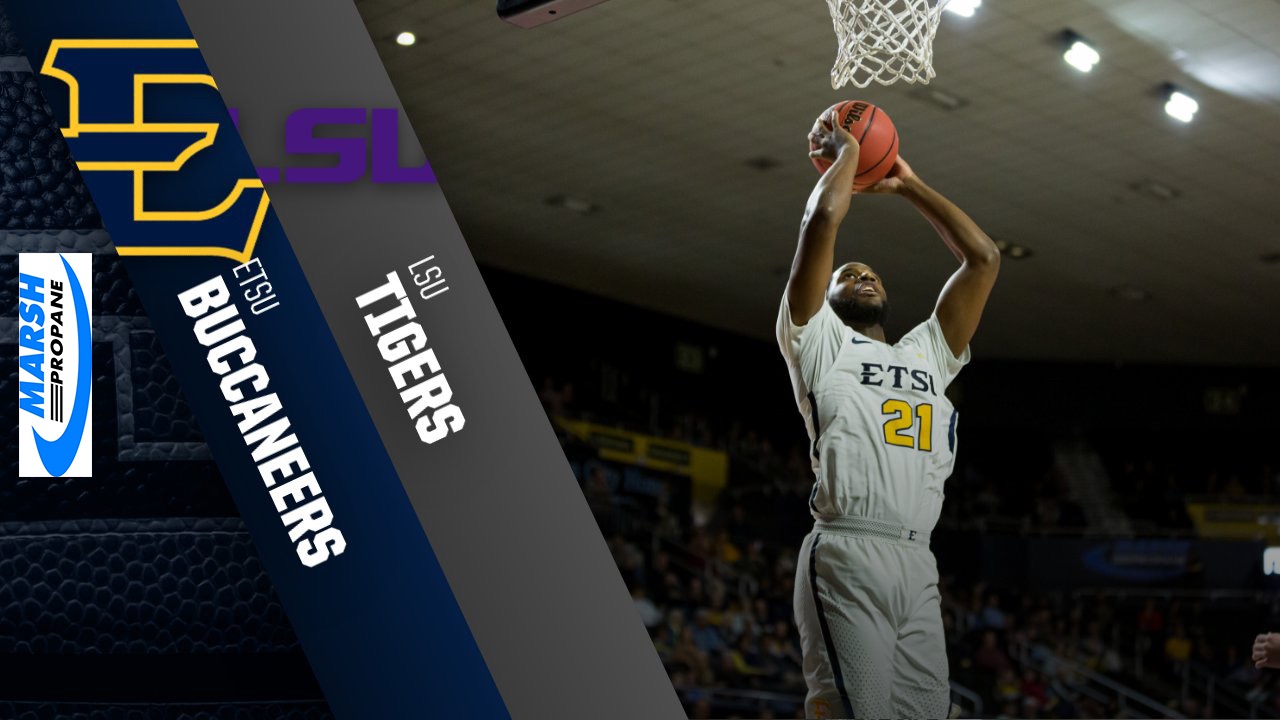 ETSU heads to the Bayou to take on LSU
ETSU at LSU | December 18, 2019
Related Links

Game to be televised on SEC Network

BATON ROUGE, La. (Dec. 17, 2019) -- The ETSU men’s basketball team will get another opportunity to knock off a Power-5 program when the Buccaneers travel to the Bayou to take on LSU Wednesday night. Tip-off is set for 7 p.m. EST inside the Maravich Center.

Wednesday’s game will be televised on the SEC Network with Richard Cross and Joe Kleine on the call. The SEC Network is available nationwide with satellite, cable and telecom providers. It is also available with streaming services. Click hereto locate the SEC Network channel guide.

The game will also be video streamed online; CLICK HERE FOR LIVE VIDEO

ETSU head coach Steve Forbes, who is in fifth season with the Bucs, has defeated Georgia Tech and Mississippi State during his  time in Johnson City ... The Bucs knocked off Georgia Tech, 69-68, back on Nov. 22, 2015 on Ge’Lawn Guyn’s game-winning three-pointer, while a season later, Hanner Mosquera-Perea’slay-up led the Bucs to a 67-65 win at Mississippi State on Dec. 14, 2016.

Since the start of the 2017-18 season, ETSU has registered 22 true road wins, which are tied for the fourth-most in Division I play.

LSU has won its last four games and enters Wednesday’s game with a 7-2 record.

The Tigers are receiving votes in both the AP Top 25 and Coaches Top 25 Polls … LSU was ranked No. 22 in the preseason poll.

The Tigers have five players scoring in double figures with Skylar Mays averaging 16.0 points per contest … Mays is also tied for the team lead with 14 three-pointers made and averaging 5.2 rebounds per contest … Emmitt Williams is posting  15.4 points and 7.9 rebounds, while shooting 68 percent (54-80) … Darius Days is averaging 14.2 points and 8.2 boards, while Trendon Watford (13.1 ppg) and Javonte Smart (10.9) are also averaging double figures in scoring … Days leads the  team with four double-doubles, while Smart leads the team with 45 assists.

Over 68 percent of LSU’s scoring  this season has come from its underclassmen – 48.8 points per game from its sophomores and 20.3 via its freshmen.

LSU, who won the SEC regular season title last season, reached the Sweet 16 a year ago before falling to Michigan State.

Wednesday marks the first ever meeting between ETSU and LSU.

ETSU VS. TEAMS FROM THE PELICAN STATE