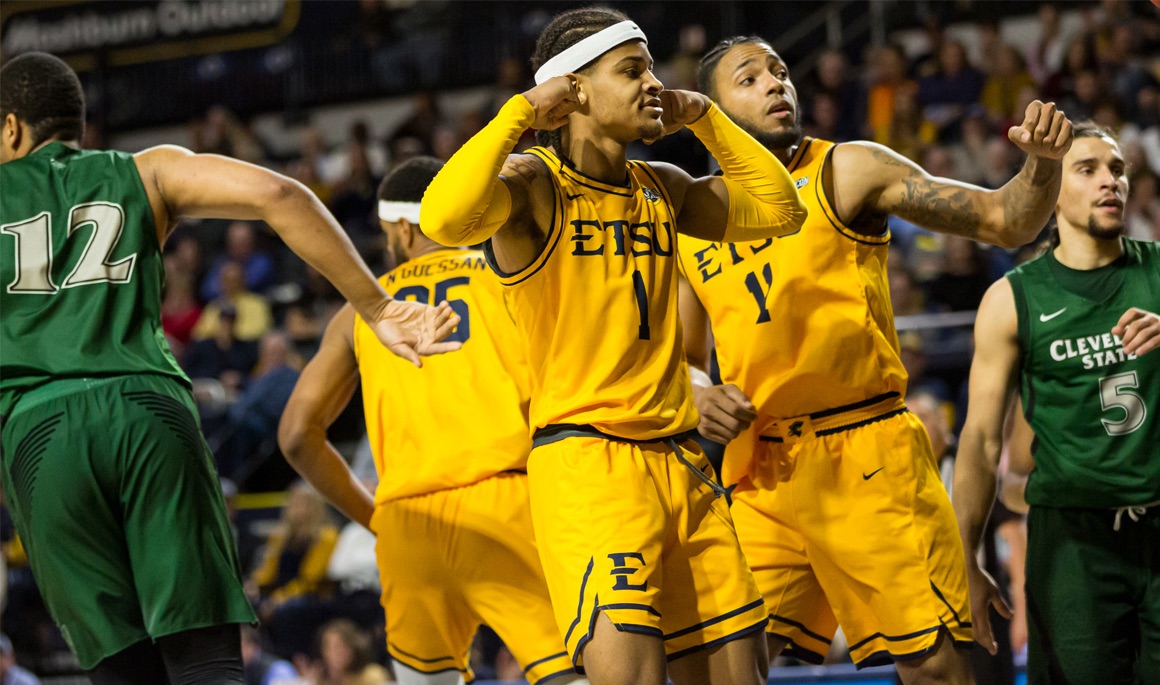 Bucs improve to 7-0 inside Freedom Hall

The ETSU men’s basketball team led wire-to-wire as the Buccaneers enjoyed an 80-55 win over Cleveland State in non-conference play on Saturday afternoon.

ETSU, who improved to 7-0 at home on the season, has been nearly untouchable inside the friendly confines of Freedom Hall as the Bucs have led in 265 of the possible 280 minutes and have posted nearly a plus-24 scoring margin in those contests.

Defensively, the Bucs limited Cleveland State to 37 percent shooting (20-54) and held the Vikings to one made three-pointer on eight attempts, marking the second time this season ETSU limited an opponent to one made three (at Kansas). The Vikings turned the ball over 20 times with the Bucs cashing those miscues into 19 points.

With the win, ETSU – fresh off its 11-point win at LSU – improved to 11-2, while the Vikings suffered their sixth straight defeat and dipped to 4-9. Furthermore, for the second straight season and sixth time in program history the Blue and Gold registered their 10th non-conference win.

The Bucs set the tone early by scoring 11 consecutive to start the contest, and after the Vikings  pulled within three, ETSU closed the final 6:26 on a 17-7 run to take a 42-29 lead into halftime.

The difference in the opening 20 minutes were the Bucs being plus-three from beyond the arc (3-0) and plus-six at the free throw line (15-9). In addition, ETSU outscored the Vikings 15-2 in  points off turnovers and were plus-13 in bench scoring (16-3).

ETSU’s lead never dipped below double figures in the second half and a 14-6 run saw the Bucs’ lead open to 21, 61-40 with just over 10 minutes remaining.

From there, the Blue and Gold grabbed their largest lead of the night when Patrick Good (Johnson City, Tenn.) found Williamson open for three to make it 74-45 with 7:04 remaining. The Bucs led by 29 three more times and eventually walked away with the 25-point win.

The Bucs wrap up non-conference play on Sunday, Dec. 29 when ETSU hosts Mars Hill at 2 p.m. inside Freedom Hall.