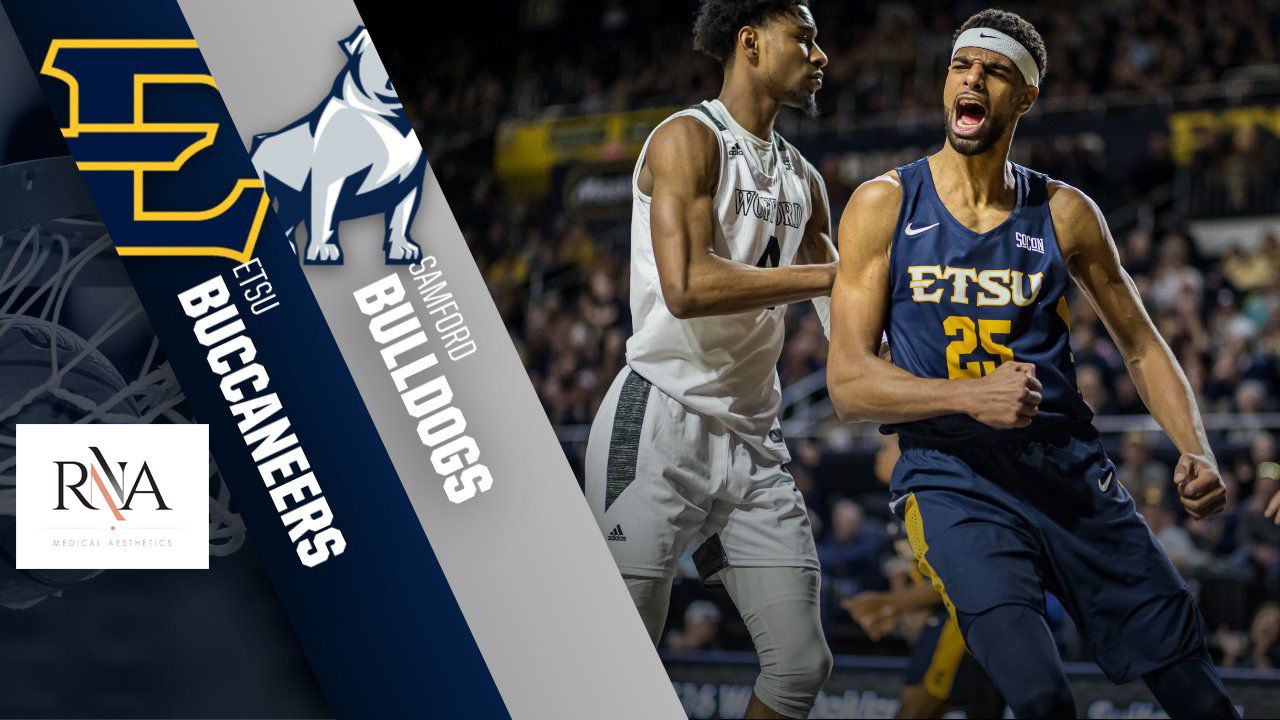 Bucs, Bulldogs tip off at 7 p.m. inside Freedom Hall

ETSU men’s basketball head coach Steve Forbes and the Buccaneers will continue their partnership with Coaching for Literacy (CFL) to raise awareness about the issue of illiteracy in America and to provide support for young children struggling to read in Johnson City.

The Bucs’ Coaching for Literacy’s Fight for Literacy game is this Wednesday, January 15 when ETSU hosts Samford inside Freedom Hall.

Fight for Literacy Games bring coaches, players, and fans together in a common cause: ensuring our children can read.

Kids all across the state of Tennessee are in the fight of their lives. A fight to read proficiently by the end of third-grade. In fact, 67% of fourth-grade students in Tennessee are not reading at the proficient level.

To learn more about why literacy matters and explore how you can make a difference for literacy efforts in your community, visit coachingforliteracy.org.

Wednesday’s game will be streamed live on ESPN+ with David Jackson and Bruce Tranbarger on the call; CLICK HERE FOR LIVE VIDEO

After another sluggish offensive performance, ETSU men’s basketball turned to its lock-down defense to secure a 61-55 win over VMI in front of 4,730 fans on Saturday inside Freedom Hall.

Defense has been the Buccaneer calling card as of late and the Blue and Gold took to the challenge against an offensive-minded Keydet club. ETSU held the visitors from Lexington to 19 points below its season average and four under its average of three-pointers made.

With the win, ETSU – who has held its opponents to 54 points and 23 percent shooting from beyond the arc in the last eight games – improved to  15-3 and 4-1 in SoCon play. VMI suffered its sixth straight defeat and moved to 5-13, 0-5. The Bucs have now won the last nine meetings versus the Keydets and 18 of the last 20; however, the last two home games have been decided by nine total points.

The Bucs have led wire-to-wire in four of their 10 home games, while ETSU’s largest home deficit this season was three points when Delaware State led 3-0, 30 seconds into the contest ... The Bucs have never trailed in the second half at home this season as they were tied at 35 and 58 vs. Winthrop, while the latest ETSU has trailed is the 6:41 mark of the first half vs. VMI (17-16) ... Overall, ETSU has led in 375 of the 400 possible minutes at home (94%).

The Bucs, who have averaged over 5,000 fans during SoCon play in the last two seasons, are on pace to make it three consecutive years of accomplishing the feat … Through two SoCon home  games this year, ETSU is averaging 5,002 fans, which is 1,522 better than its nearest competitor in Furman.

Samford has dropped back-to-back games and enters Wednesday’s contest at 8-10 overall and 2-2 in SoCon play.

The Bulldogs are coming off a 105-67 setback at Chattanooga last Saturday.

Six of the Bulldogs’ wins have come at home, while Samford has dropped six of its eight games played away from Birmingham.

ETSU has won nine straight games over the Bulldogs and leads the all-time series, 13-1 … The Bucs are 6-1 all-time against Samford in Johnson City, including winning the last four meetings inside Freedom Hall ... ETSU’s lone loss in the series came on Feb. 7, 2015, when Samford defeated the Blue and Gold 71-68 in Johnson City ... Three of the last eight games have gone to overtime, while 10 of the 13 game have been decided by nine points or less ... The first-ever meeting was back on  Jan. 29, 1979  when ETSU won, 64-63.

The Bucs swept the season series a year ago with an 81-72  overtime win in Johnson City on Jan. 3 and collected a 74-66 win at Samford on Jan. 31 … Tray Boyd III averaged 16.5 points, while Patrick Good averaged 15.5 points, including a 27-point game in the road win where he knocked down six threes … Jeromy Rodriguez averaged 12 points and  14 rebounds in the two games, while Isaiah Tisdale posted eight points, four assists and three rebounds in the two contests a year ago … As a team, the Buccaneer bench outscored Samford, 81-16, while the Bucs were plus-22 in second-chance scoring (32-9) and scored 45 points off 32 Bulldog turnovers … The teams have met once in the SoCon Tournament with ETSU taking  a 81-72 decision in the  2017 semifinal game where T.J. Cromer scored a career-high 41 points on nine made threes … The Bucs went on to defeat UNCG 79-74 in the SoCon title game the next day.

ETSU heads to Cullowhee, N.C. to take on SoCon unbeaten Western Carolina Saturday night at 7 p.m. inside the Ramsey Center.