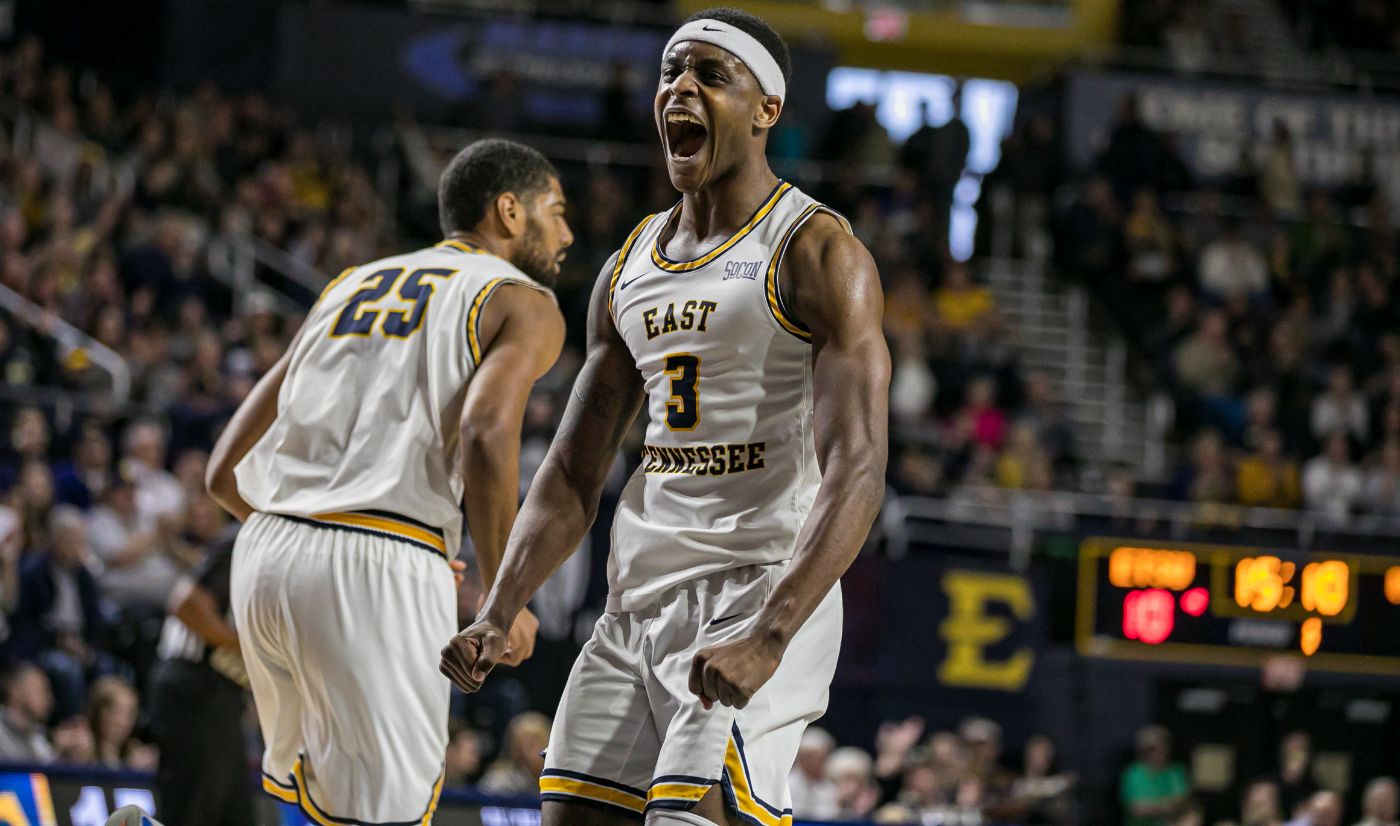 Sophomore guard Daivien Williamson (Winston-Salem, N.C.) finished with 15 points on 5-of-8 shooting, while senior center Lucas N’Guessan (De Lier, Netherlands) added 12 points and eight rebounds. The duo combined to go 7-of-7 at the free throw line, while the team went 15-of-18 (83.3 percent).

ETSU shot 48 percent and assisted on 15 of its 28 made field goals. The Buccaneer defense forced 18 turnovers and swiped 11 steals, resulting in 20 points on the offensive end. For the fourth straight game, ETSU had less than 10 turnovers as the Bucs finished with a season-low six – the fewest since having five against Chattanooga in the 2016 Southern Conference Championship game. After going 0-for-9 from beyond the arc in the first half, the Bucs made four of their nine attempts in the second en route to extending their streak with at least one made three to 1,022 straight games. Ironically, N’Guessan kept the run alive when Isaiah Tisdale (Lexington, Ky.) found him open for ETSU’s first shot in the second half – marking his second straight game with a triple and fourth of his career.

In addition to defeating its in-state rival for the ninth consecutive time, ETSU also improved to 12-0 at home – matching the Bucs’ best mark since going 12-0 in 2003-04 – while also winning for a 15th straight time against an in-state opponent. Overall, ETSU, who has won five straight games for the third time this season, improved to 18-3, 7-1 in SoCon play. Chattanooga moved to 13-8, 4-4.

Hodges took over early and often as he scored the Bucs’ first 12 points and had 14 of the first 17, as ETSU led by five nine minutes into the contest. Four minutes later, the Mocs tied it at 19, but the Bucs rattled off six straight points to make it 25-19. Chattanooga pulled within four at the 3:21 mark, but then the Bucs took over.

Over the final two-and-a-half minutes of the first half and opening six minutes and thirteen seconds of the second, ETSU mounted a 29-6 run to open a 27-point lead, 56-29. The Bucs made 11 of their 15 shots during the surge in which it looked like the rout was on.

However, after going through a cold funk, Chattanooga heated up and used a 24-6 run to make it a nine-point game, 62-53, with just under six minutes remaining. The Mocs had a chance to inch closer, but Hodges blocked a three-point shot and Williamson knocked down a three in the corner to push the lead back into double figures. Chattanooga never recovered and ETSU secured the 11-point win.