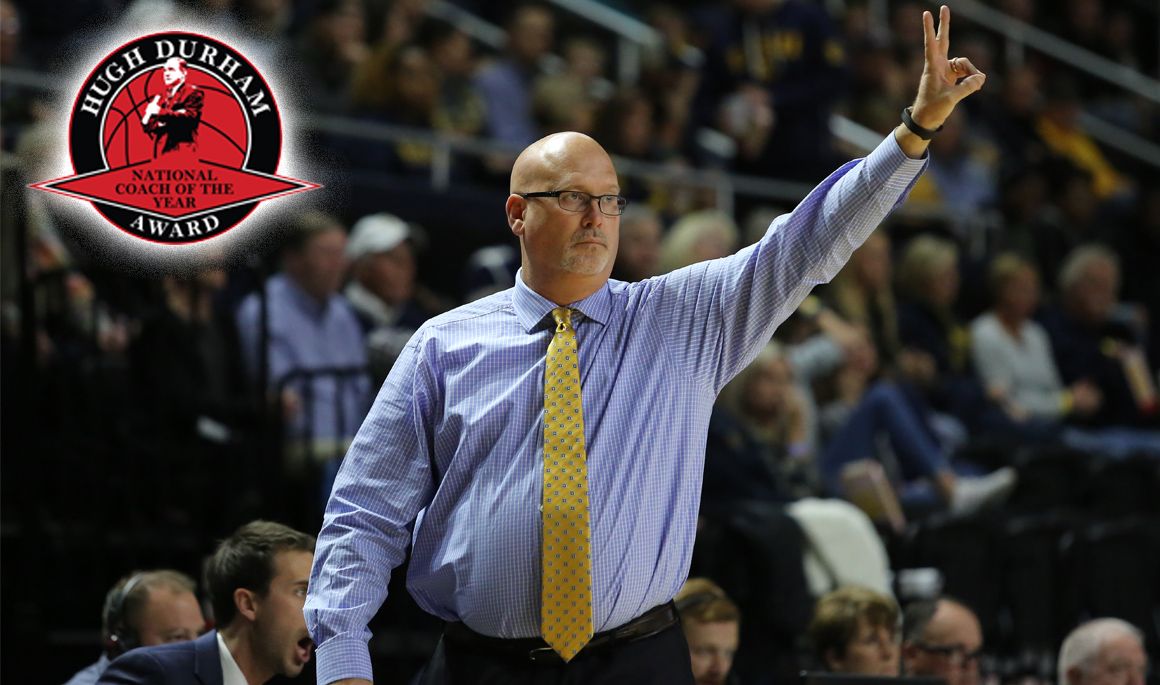 After earning NABC District Coach of the Year earlier on Monday, Forbes received Hugh Durham National Coach of the Year honors, which was announced by CollegeInsider.com.  The award is given annually to the top mid-major coach in Division I basketball.

“It’s an absolute honor and a privilege to be named the Hugh Durham National Coach of the Year,” said Forbes. “This award is a reflection of all the hard work my players and staff put in during our magical season. We share this award together.”

This past season, Forbes saw the Buccaneers finish with an overall record of 30-4 and a 16-2 mark in Southern Conference play. The 30 wins set a new ETSU single-season record, while the Bucs became just the fourth team in SoCon history to reach the mark. The Bucs’ .882-win percentage was also the best in program history and ranked sixth-highest among Division I programs this season. ETSU was just one of four programs to register 30 wins this year – joining No. 2 Gonzaga (31), No. 6 San Diego State (30) and Liberty.

ETSU – who ended the season ranked No. 26 in the Coaches Poll and No. 27 in the AP Poll – won both the SoCon regular season and tournament championships. The Bucs ended the season on a 12-game win streak, which was tied for the fifth-longest streak in the country.

Along with this honor, Forbes was also named Mid-Major Coach of the Year by ESPN last week. In his five seasons at ETSU, Forbes has compiled a 130-43 (.751), which ranks eighth among active Division I coaches in win percentage. Earlier this season, Forbes became just the fifth coach in Division I history to record at least 24 wins in the first five seasons as a head coach. The 130 wins over  the last five years rank 15th nationally, while ETSU, Kansas, Gonzaga, Duke, Kentucky and Villanova are the only teams to have posted at least 24 wins over the last five seasons.

He built national programs at Florida State where he holds the record for best winning percentage with a 230-95 (.708) record in 12 years. And at Georgia where he is also the all-time winningest coach in the 99-year history of the Bulldog program, having won 297 games in 17 seasons.