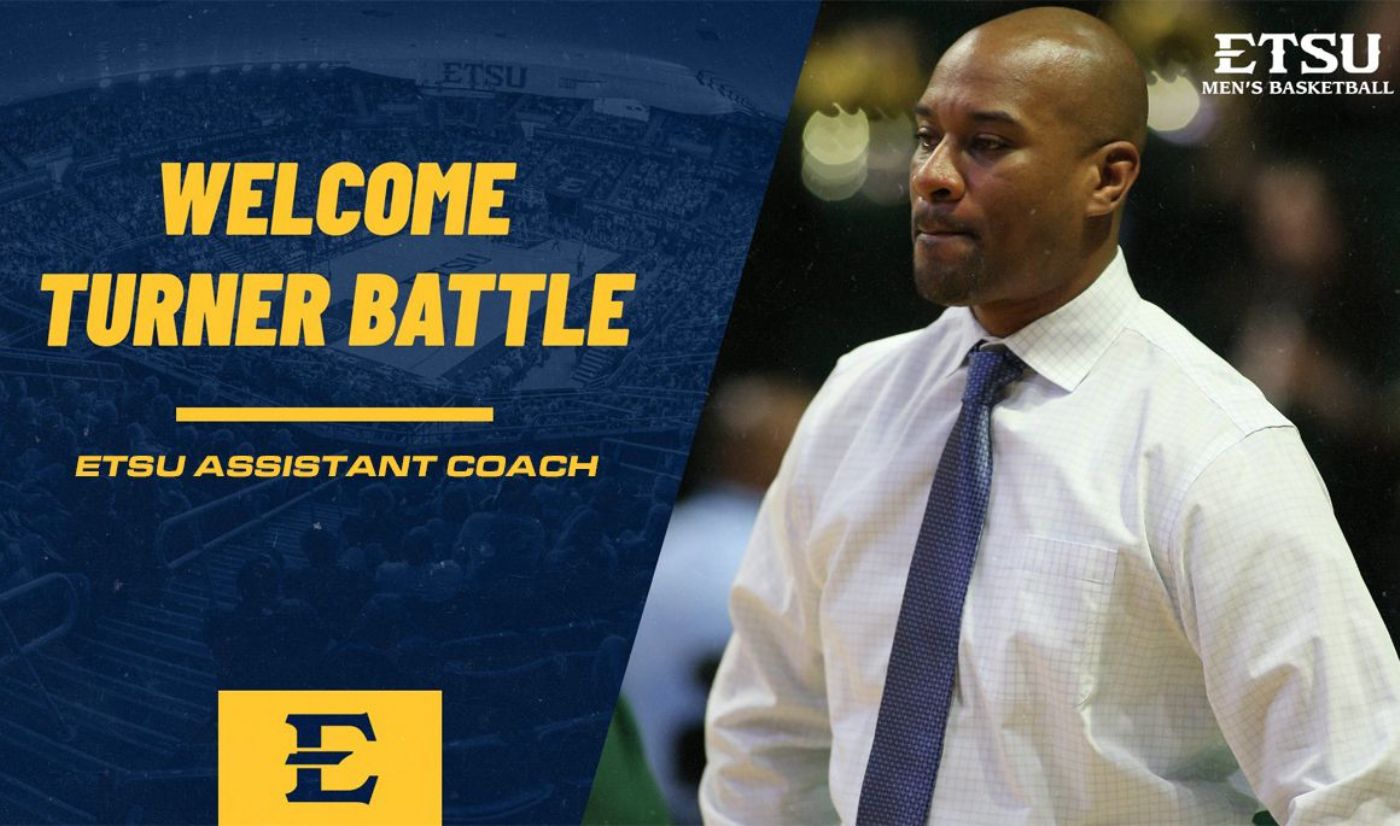 Battle comes to Johnson City with 13 years of coaching experience, which includes stints at Buffalo (2007-13), Chattanooga (2013-14) most-recently at UAB (2014-20), where he spent the last four years as an associate head coach.

“My family and I could not be more excited and appreciative to be a part of the special ETSU basketball family and the Appalachian Highlands community,” said Battle. “I am looking forward to continuing the success of ETSU basketball and building upon its winning tradition.”

“I’m thrilled to announce the addition of Turner Battle to our program,” said Shay. “Turner is a tremendous person and family man. He brings a familiarity and understanding of the SoCon after working for a year at Chattanooga. Turner most-recently worked as the associate head coach at UAB and was a big part of the recruitment and development of its players. With his professional playing background, Turner will be a great resource and mentor for our players on and off the court.”

During his time in Birmingham, Battle helped guide the Blazers to four 20-plus win seasons and  three postseason appearances, including a win over Iowa State in the 2015 NCAA Tournament. In Battle’s first season at UAB, the Blazers won 20 games and captured their first-ever Conference USA Tournament title. The following season, in 2015-16, Battle played an integral role in UAB winning a program-record 26 games, along with a 16-2 record in conference play, marking the Blazers’ first regular season championship since 2010-11. UAB secured its second consecutive postseason berth as the Blazers made their 12th trip to the National Invitational Tournament. Battle saw UAB win 20 games in 2017-18 and 2018-19, which resulted in a trip to the 2019 College Basketball Invitational.

Prior to arriving at UAB, Battle spent one season in the Southern Conference where he was an assistant at Chattanooga in 2013-14. The Mocs finished second in the conference and played ETSU in the CollegeInsider.com Postseason Tournament.

Battle began his coaching career at his alma mater, Buffalo, where he served as an assistant from 2007-13. During his time with the Bulls, Battle’s main duties were focused on developing Buffalo’s backcourt and recruiting. His pupils include John Boyer, who led the nation in assist-to-turnover ratio in 2010, All-MAC performer Byron Mulkey and Buffalo single-season assist record holder Jarod Oldham.

Following a stellar collegiate career, Battle played professionally in Estonia, France and Sweden, as well as in the NBA Developmental League (Fort Worth Flyers) and the American Basketball Association (Buffalo Rapids).

Battle earned a master’s degree in sports administration from Canisius College in 2016.

Battle and his wife Clare have three children: Maya, Reena and Turner Jr.