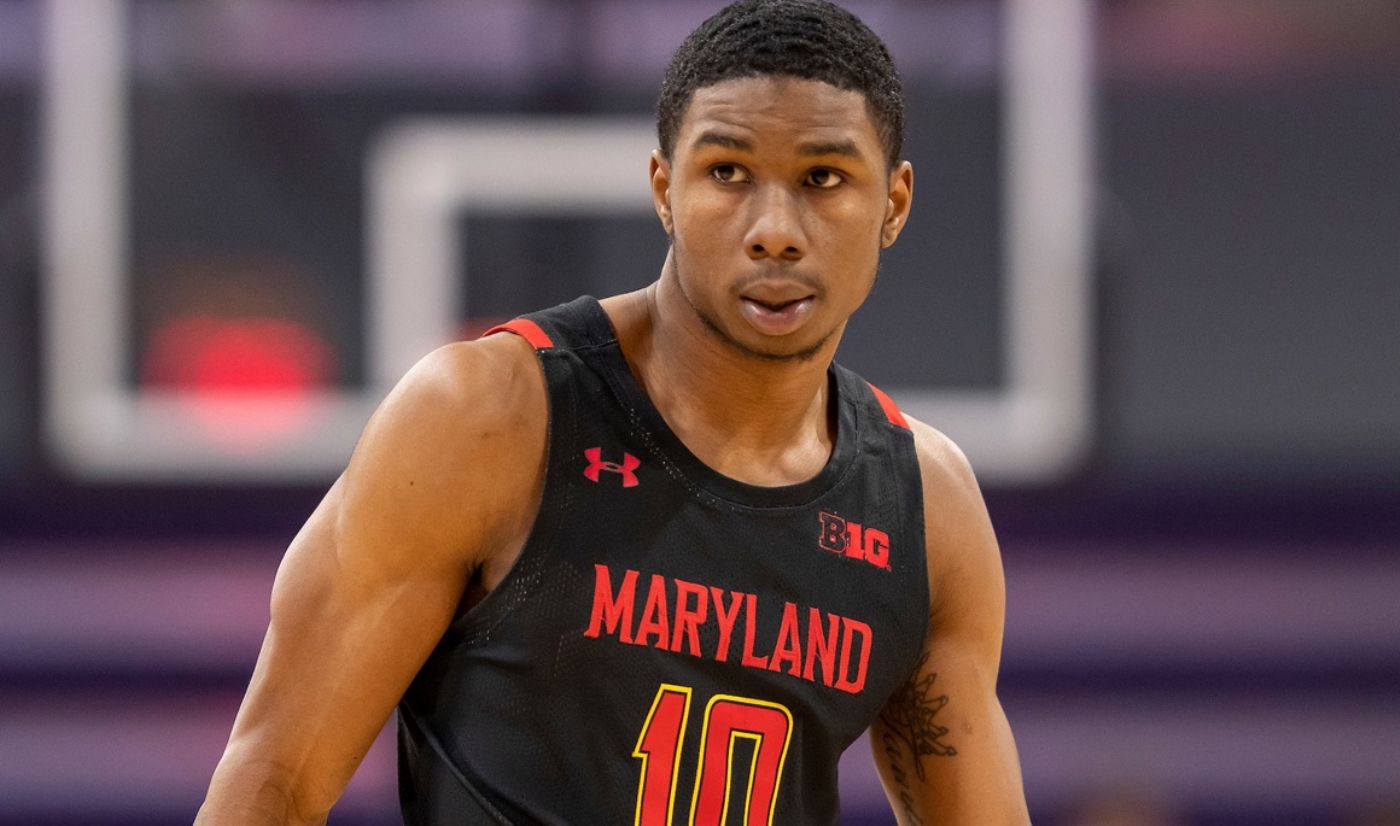 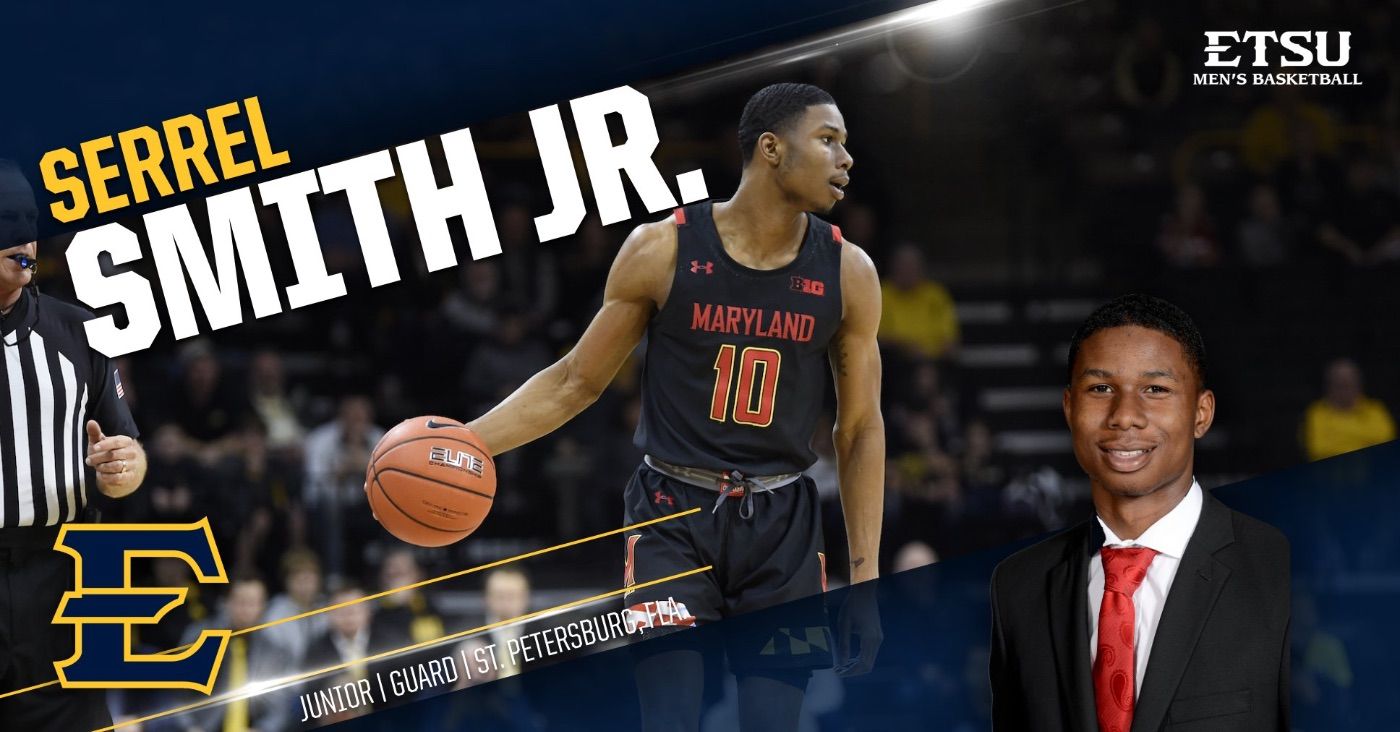 First-year men’s basketball head coach Jason Shay and his staff announced that Serrel Smith Jr. (St. Petersburg, Fla.) is transferring to ETSU from Maryland. The 6-foot-4, 175-pound guard will have two years of eligibility remaining after playing his first two seasons with the Terrapins.

“Serrel has the physical tools to be an excellent scorer on our roster,” said Shay. “He had a reputation as a prolific scorer coming out of St. Petersburg High School where he was coached by Chris Blackwell. Serrel can play with the ball in his hands or off-the-ball, and he’s a versatile defender. He has a great feel for the game growing up in a basketball family where his mother Tamika Coley is Hall of Fame inductee at UCF and sister Kamika Idom played at FIU.”

In his two seasons at Maryland, Smith Jr. – a four-star recruit via ESPN out of St. Petersburg High School – totaled 157 points, 65 rebounds, 29 assists and 12 steals in 61 games. Smith Jr. played in 27 games this past season as a sophomore, leading Maryland to a Big Ten Championship. The St. Petersburg, Fla. native scored a season-high eight points (two made three-pointers) in the season-opening win over Holy Cross, while scoring six points and grabbing four rebounds at Rutgers on March 3. Smith Jr. grabbed a career-high five rebounds with a season-high two assists against No. 18 Iowa, along hitting a pair of threes in a season-high 17 minutes at Northwestern on January 21. As a freshman, Smith Jr. played in all 34 games where he averaged 3.4 points and 12.0 minutes per game, along with shooting 84.0 percent at the free throw line. Smith Jr. scored in double figures four times his rookie season, including a career-high 14-point effort versus Ohio State and added 11 points (4-of-5 at free throw line) and two steals at Rutgers.

“I chose ETSU because they play at a high-tempo. They get the ball out and run, which I am accustomed to playing,” said Smith Jr. “That style of play allows the guards to have more freedom in the offense and I will have the chance to play some at the point guard position.”

Coming out of high school, Smith Jr. was ranked the No. 13 combo guard in the country and No. 18 prospect in the state of Florida via 247Sports. ESPN tabbed him as the 12th ranked player in the state and No. 30 shooting guard in the country. After averaging 29.3 points, 5.0 rebounds and 3.7 assists his senior season, Smith Jr. was named 2018 Class 8A Player of the Year. The highly-touted guard led St. Petersburg to three state semifinal appearances, while also playing for the Showtime Ballers AAU team.

Basketball runs in his family as his mother Tamika Coley is the all-time scoring and rebounding leader at the University of Central Florida, along with being inducted into the Golden Knights Hall of Fame. Coley is the head women’s basketball coach at St. Petersburg High School. Serrel’s sister Kamika Idom played basketball at Florida International (2012-15), while his cousin Jerica Coley also played at FIU, where she lead the country in scoring her senior season. Coley then went on to play in the WNBA with the New York Liberty.