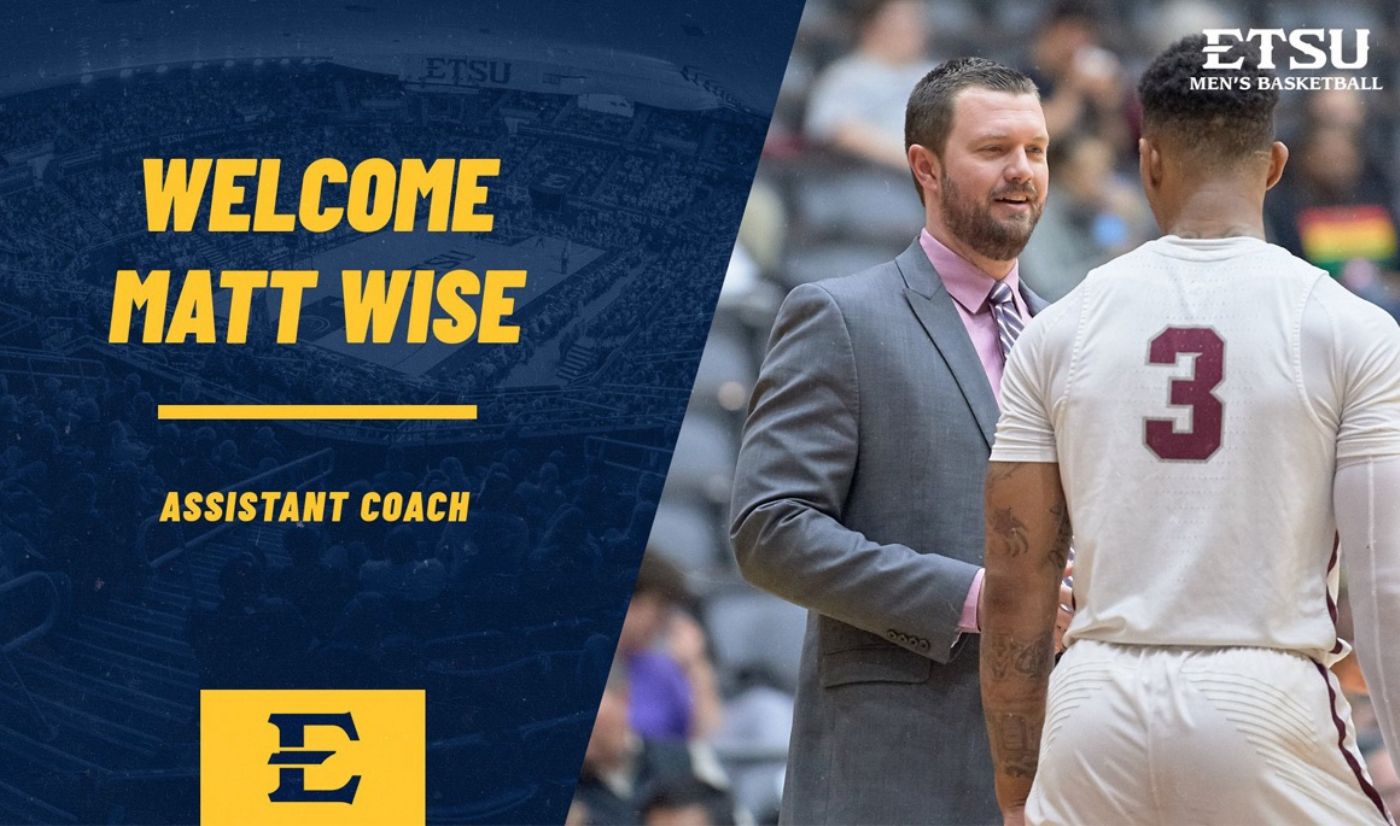 Wise comes to Johnson City after spending last season as an assistant coach at the University of Wyoming – his second stint with the Cowboys. Prior to Wyoming, Wise spent the 2018-19 season as an assistant coach at Arkansas Little Rock, while his first stop in Laramie was a five-year run as Wyoming’s assistant director of player development from 2013-18. Wise began his coaching career as a graduate assistant at the University of Florida under then-head coach Billy Donovan.

“I am excited to announce the addition of Matt to our staff,” said Shay. “He is passionate about the game and has a great basketball IQ. His ability to relate and communicate with our players will be significant to their growth and development within our program on and off the court. He grew up in a successful coaching family and understands all of the elements of our culture to help continue our success.”

Wise is ready to hit the ground running to continue the Bucs’ championship success.

“My family and I are thrilled to be joining the Buccaneer basketball family,” said Wise. “ETSU is one of the elite programs in college basketball, and I’m grateful to Coach Shay for the opportunity to be a part of this team’s continued success. Having already spoken with the staff and players, I’m eager to get after it with this group and work towards hanging more banners in Freedom Hall.”

During his time at Wyoming, Wise saw the Cowboys make three postseason appearances, which included a Mountain West Conference tournament title and NCAA Tournament berth in 2014-15, following a 25-win campaign. The 25 wins were the most by a Wyoming team since winning 26 in 1988, while it marked the Cowboys’ first NCAA Tournament appearance since 2002. Following that season, Larry Nance Jr. – the 2015 MWC Player of the Year – was selected 27th overall in NBA Draft by the Los Angeles Lakers. Under Wise’s watch, Wyoming won 20 straight non-conference home games between 2015-17, resulting in the second-longest win streak in program history. In 2016-17, Wyoming captured the College Basketball Invitational (CBI) Championship – its first postseason tournament title since winning the 1943 NCAA Championship – en route to finishing with a 23-win season.

In his one season with Little Rock, Wise played an integral role in coaching guard Rayjon Tucker to an all-Sun Belt selection after averaging 20.3 points per game, which ranked fourth in the conference. Overall, Tucker scored 610 points in the 2018-19 season, becoming just the fifth player in program history to reach the 600-point scoring mark and ranking fourth in school history in points per game. Tucker signed a contract with the Utah Jazz back on December 24, 2019 after averaging 23.8 points, 4.6 rebounds and 2.8 assists in 16 games with the Wisconsin Herd, the Milwaukee Bucks’ G League affiliate.

Prior to his first stop at Wyoming, Wise spent two seasons as a graduate assistant at the University of Florida where the Gators made back-to-back Elite Eight appearances. Wise’s responsibilities with the Gators included conducting advanced statistical research, assisting with on-court workouts, helping with video editing, promoting and marketing summer camps and assisting UF’s Director of Operations with daily tasks for the program.

Wise earned his bachelor’s degree in business administration from Transylvania University in 2011 and graduated with a master’s degree in sport management from the University of Florida.

Wise and his wife Katie have two children, Addy and Jack. Matt is the son of Mark Wise, a college basketball broadcaster and Mary Wise, head volleyball coach at the University of Florida. Mark was the color commentator on ESPN during ETSU’s SoCon Championship win over Wofford back in March, while Mary coached current Buccaneer volleyball head coach Benavia Jenkins. In addition, Matt’s brother Mitchell, is an assistant basketball coach at Life University (an NAIA school in Atlanta).