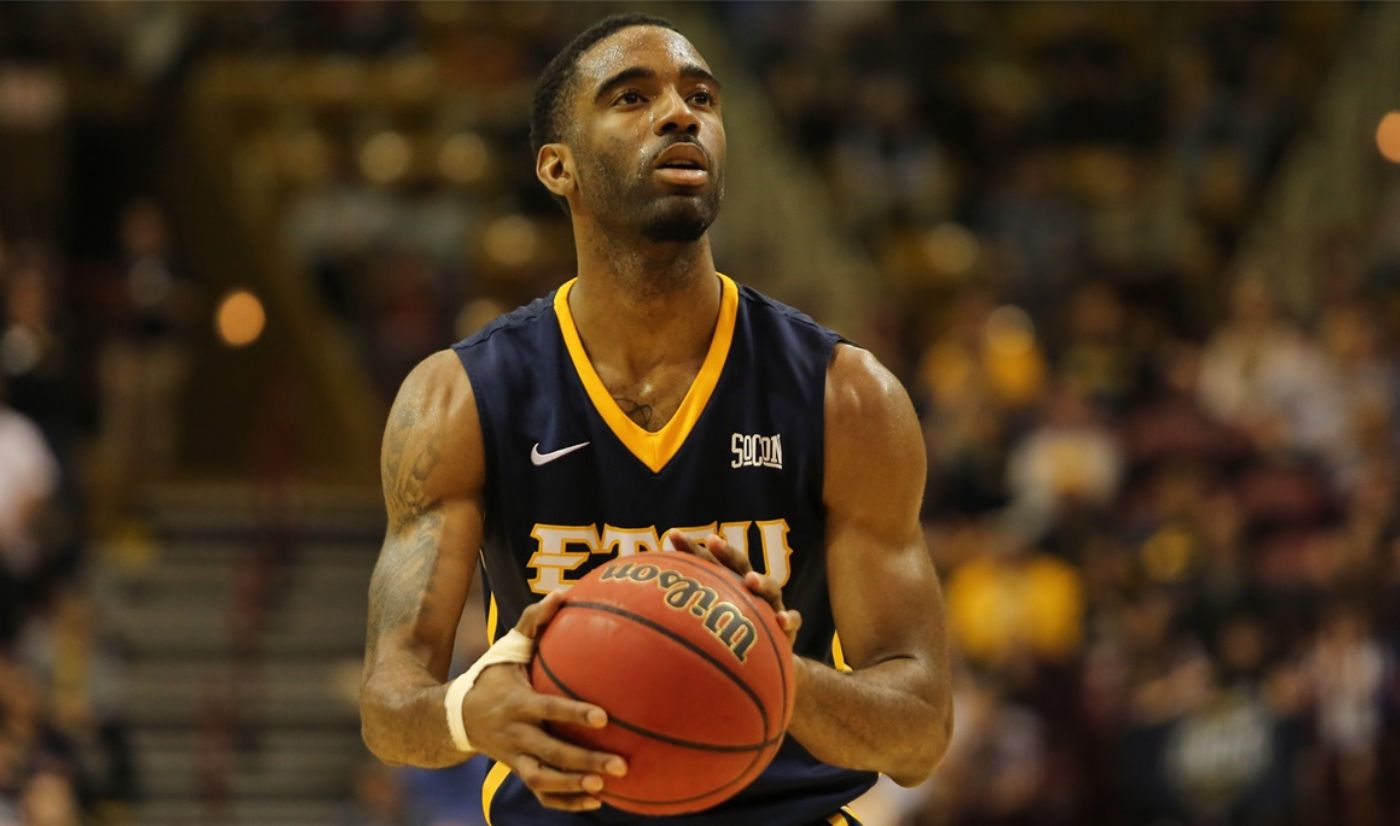 The former Southern Conference Player of the Year was named an Assistant for Player Development, which was announced by ETSU men’s basketball head coach Jason Shay via a zoom call with the media on Thursday.

“I think Desonta has a lot to offer,” Shay said. “He won a championship and was Player of the Year, so he has achieved a lot of highs that our players would like to reach. I think it’s always good to bring back former players because they understand the system and they can help with some of the nuances in the teaching. It’s also good to understand the culture and the standards and they know that’s how we do things. He has achieved things that our players I think would like to also achieve themselves.”

“It feels good to be back,” said Bradford, who earned Associated Press  All-American honorable mention in 2017-18. “I always felt like I would get into coaching sooner or later. It just so happens to be sooner now. I enjoyed playing, but now I like to watch the game and think the game from the coaching side, so I think it’d be good for me. I played for Coach Shay for three years so I understand his philosophies and understand his demands as coach. I believe that will help me act as a mentor with these current players and I can tell them what they can work on to be successful.”

Bradford, who played for ETSU from 2014-15 – 2017-18, scored 1,256 points, which ranks 18th  all-time in program history. During his four-year career, Bradford also totaled 476 rebounds, 349 assists, 146 steals and played in 132 games (66 starts). Following his senior season in 2018, Bradford was tabbed SoCon Player of the Year by the coaches after he averaged 15.4 points, 5.8 rebounds, 3.5 assists and 1.9 steals. Bradford was also a three-time SoCon all-tournament team selection, including a first team member in the Bucs’ 2017 championship campaign.