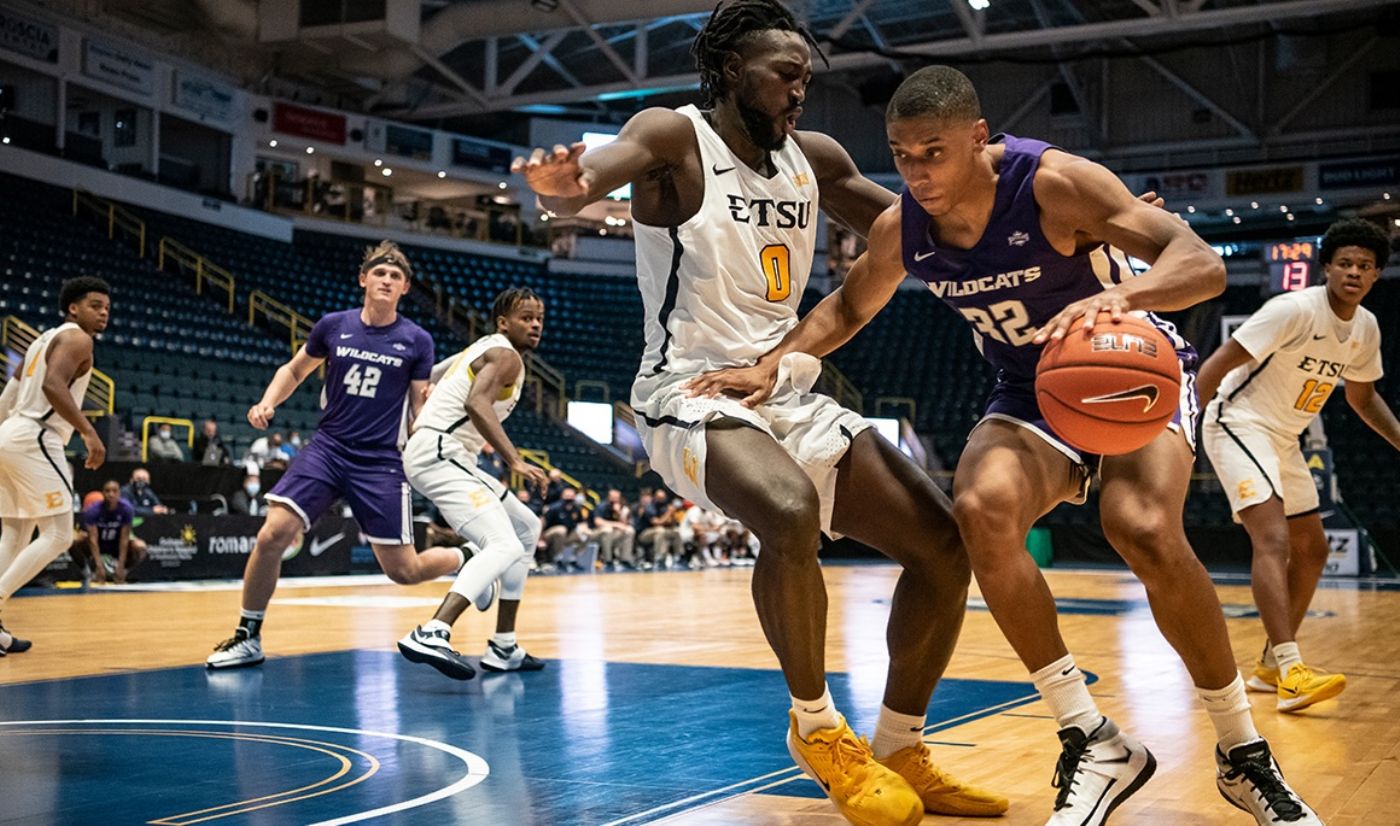 ESTERO, Fla. (Nov. 25, 2020) -- The ETSU men’s basketball team suffered a 70-47 setback to Abilene Christian in the opening game of the #BeachBubble Gulf Coast Showcase on Wednesday inside Hertz Arena.

Abilene Christian scored five of the first six points to open the contest, but the Bucs responded with five straight points to take a 6-5 lead following a lay-up by Adheke at the 16:37 mark. Despite not scoring for a 6-minute stretch, ETSU only trailed by three after Serrel Smith (St. Petersburg, Fla.) knocked down a three-pointer at the midway point of the half, but that’s as close as the Bucs would get. ACU used a 16-4 run to open a 15-point lead, 27-12, and after pulling within seven with a minute and a half to go, the Wildcats hit a jumper at the buzzer to take a 34-24 lead into the break.

Three times in the opening three minutes of the second half the Bucs were able to cut their deficit into single digits, but after making a driving lay-up to make it 39-31 with 17:06 left to play, Sloan was called for a technical foul. The Wildcats used that play to cash in an 8-0 run, which saw their lead balloon to 16, 47-31, at the  14:07 mark. ETSU went scoreless over the next four minutes during that span and ACU doubled its lead. The Wildcats eventually extended their lead to 20 and led by as many as 26.

ETSU returns to action Thursday afternoon when the Bucs take on Austin Peay at 2 p.m.