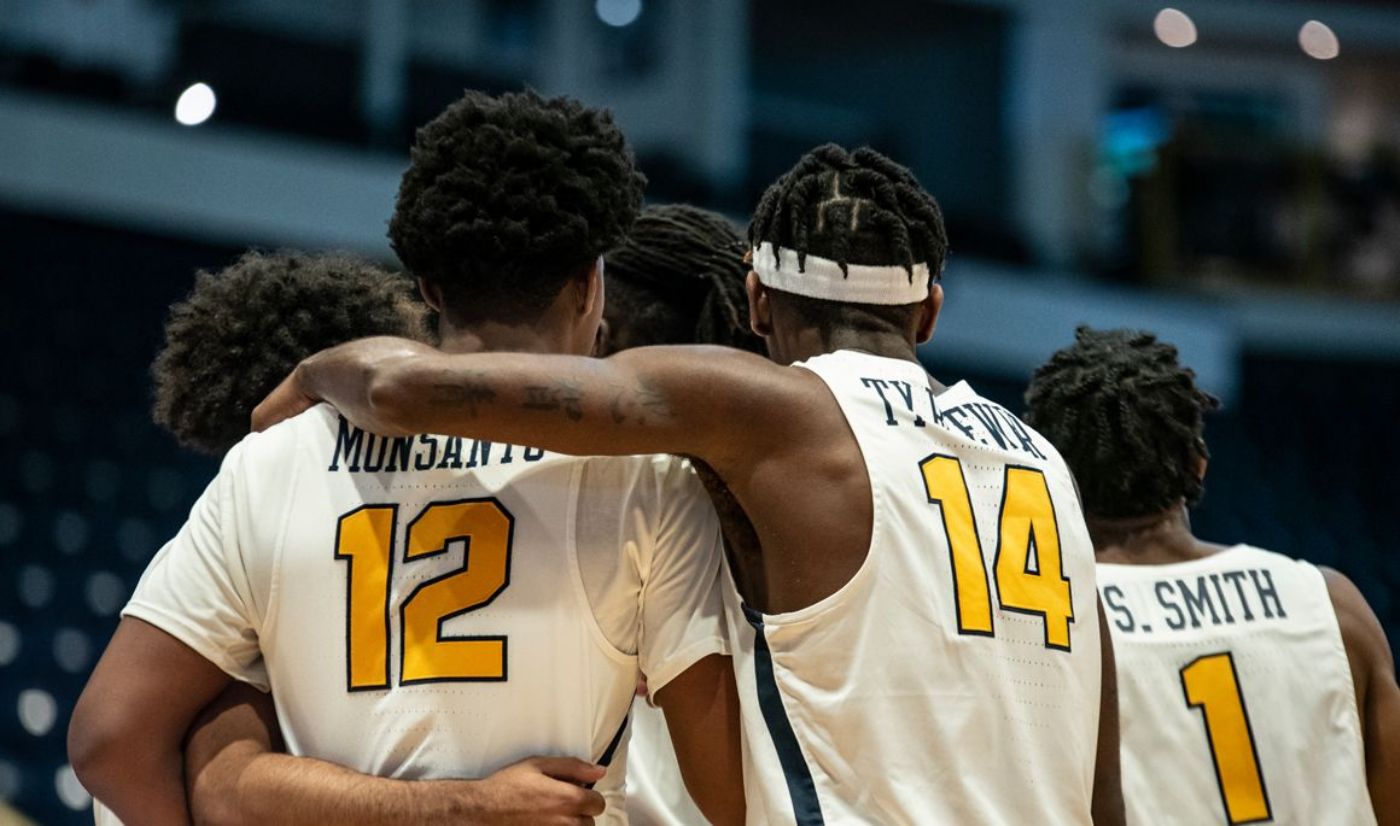 Unfortunately, the result was the same, as Austin Peay handed the Buccaneers a heartbreaking 67-66 setback in their second game of the #BeachBubble Gulf Coast Showcase on Thursday afternoon inside Hertz Arena.

Ledarrius Brewer’s (Meridian, Miss.) jumper gave the Bucs a one-point lead with 17 seconds remaining, but the Govs executed on their final possession as Terry Taylor followed up his missed lay-up with the game-winning score. Following an ETSU timeout with 5.1 seconds remaining, the Bucs went the length of the court, but David Sloan’s (Louisville, Ky.) three-pointer at the buzzer did not fall and Austin Peay held on for the one-point victory.

The Bucs dropped to 0-2 following the loss, while Austin Peay, one of the preseason favorites in the Ohio Valley Conference, improved to 2-0 after the Govs defeated Omaha on Wednesday.

Both teams made 24 field goals, while ETSU was plus-6 in three-pointers made (9-3); however, after getting the job done at the charity stripe in the season opener, the Bucs took a step backwards on Thursday. ETSU went 9-of-18 at the line, compared to the Govs finishing 16-of-22.

The Buccaneer perimeter defense bounced back as they held Austin Peay to 3-of-14 shooting from beyond the arc.

Rebounding proved to be critical as the Bucs were out-rebounded by nine, 43-34, and Austin Peay turned 20 offensive rebounds in 16 second-chance points, including the game-winning lay-up from Taylor. The Govs also finished plus-22 in points in the paint, 42-20.

The Brewer brothers combined for 30 points on 11-of-22 shooting as Ledarrius netted 16 (6-of-10 from the field), while Ty knocked down four triples to finish with 14 and four rebounds.

The Bucs got off to a fast start offensively as they made their first five shots and seven of their first 10 – thanks to the hot hand of Ty Brewer – and led 17-11 seven and a half minutes into the contest. From there, Austin Peay used a 14-5 run to regain a three-point lead with just over seven minutes left before the break. The Govs eventually led 36-29 with 1:58 remaining, but the Blue and Gold scored the final seven points of the stanza to head into the locker room tied at 36 after Smith came away with a steal and Ledarrius Brewer knocked down a jumper in the closing seconds.

After the Govs led for the first five-plus minutes of the second half, Ty Brewer gave the Bucs their first lead of the frame by connecting on his fourth triple of the night, making it a 44-43 contest. Austin Peay regained a six-point lead after mounting a 9-2 run to go back ahead, 52-46, with just under 10 minutes remaining, but ETSU answered with a surge of its own. The Bucs went on a 13-4 run to go up 59-56 after Sloan drove in for a lay-up at the 5:32 mark. The final five minutes were a seesaw affair as it featured five lead changes and two ties but Bucs couldn’t close it out. Monsanto gave ETSU a 62-60 lead with his  three-pointer with 3:36 left to play, while a perfectly executed play made it 64-62 after Sloan hit Ledarrius Brewer for an alley-oop with 56 ticks left. But Taylor took over as he scored the final five points – including a traditional three-point-play – on the Govs’ ensuing possession to go back up by one. Despite Brewer hitting his jumper with 17 seconds left, Taylor made the final play for Austin Peay, giving them the win. Taylor scored nine of the final  11 points for the Govs.

The Bucs wrap up play at the Gulf Coast Showcase on Friday morning when ETSU takes on Middle Tennessee State. Tip-off is set for 11 a.m.