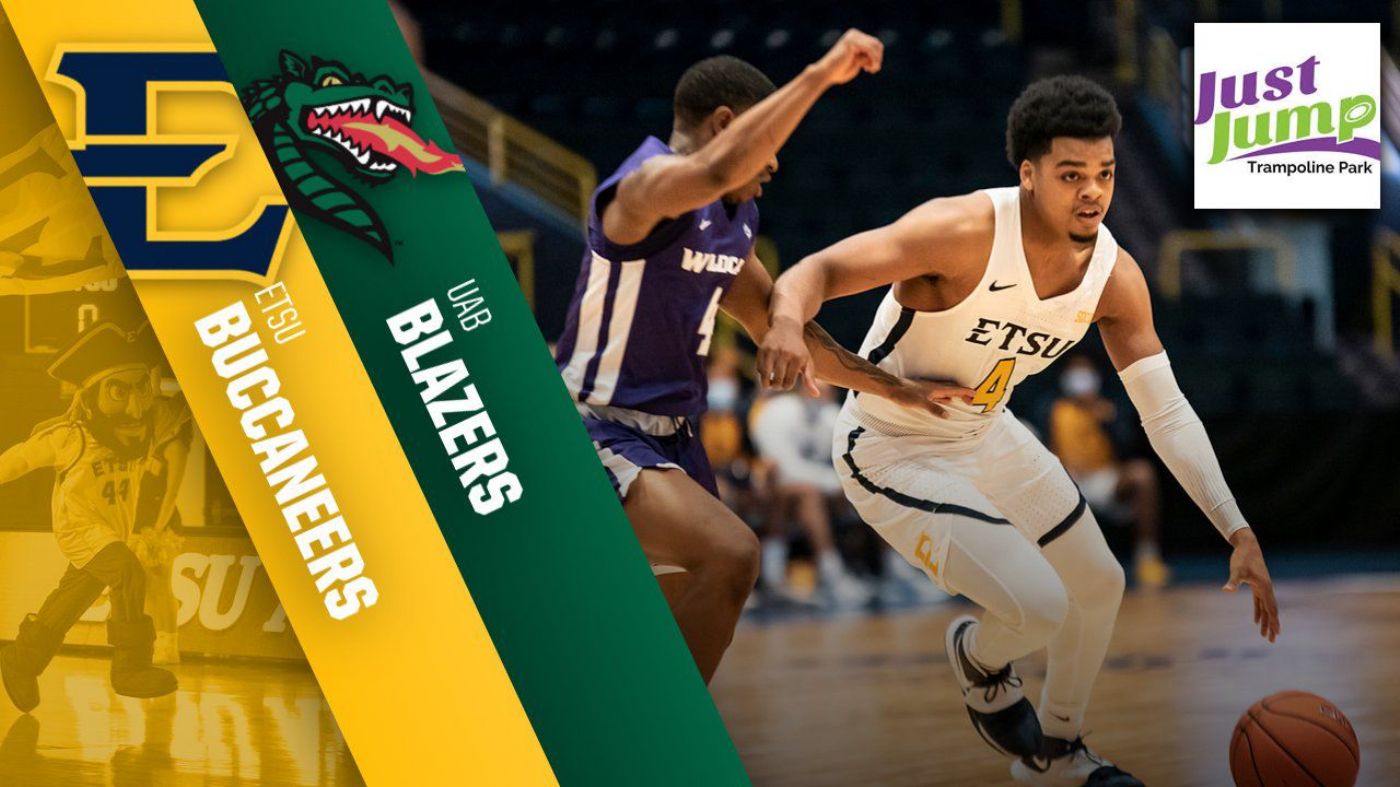 JOHNSON CITY, Tenn. (Dec. 11, 2020) – After a 15-day layoff, the ETSU men’s basketball team returns to the hardwood when the Buccaneers host UAB in their home opener Saturday at 4 p.m. inside Freedom Hall.

Saturday’s game will be streamed live on ESPN+ with Mike Gallagher and Bruce Tranbarger on the call; CLICK HERE FOR LIVE VIDEO

It didn’t take long for Ledarrius Brewer to make his impact felt as he averaged 15.3 points, 4.3 rebounds and made 15 field goals in the three games at the Gulf Coast Showcase, landing him all-tournament team honors … Brewer scored in double figures all three games, including a 20-point, 8-rebound in the 57-43 win over MTSU … The Buccaneer junior guard started the season with 10  points and four rebounds against Abilene Christian and followed that up with 16 points on 6-of-10 shooting in the 67-66 setback to OVC favorite Austin Peay … Brewer oved his career total of double figure scoring games to 47 and has now registered 11 career games of scoring 20 or more points.

A WIN ON SATURDAY WOULD…

Since 1981-82, ETSU has won 36 of its 39 home openers … The Bucs have won 31 of their last 33 home openers, including the last six … During the six-game home opener win streak, ETSU is averaging 97.2 points per game in those contests and winning by an average of 41.3 points.

ETSU has gone 67-12 (.848) inside Freedom Hall since the start of the 2015-16 season, including a 16-1 record last year … The Bucs won their first 12 games inside Freedom Hall to start the season, matching the best open since the 2003-04 Bucs went 12-0 … ETSU’s 16 wins were tied for the ninth-most in the country last season as Rutgers led all teams with 18 and a group of seven schools (Gonzaga, Wichita State, Creighton, Oregon, Liberty and Louisville) were tied with 17 … The 16 home wins by the Bucs are also the most in program history in the modern era (since 1960).

There were 28 NCAA Division I head coaching changes this past off season and Saturday pins two of those new changes at the helm … Coach Shay took over after Steve Forbes was named the head coach at Wake Forest back in April, while Andy Kennedy replaced Rob Ehsan … Coach Shay, who was an assistant at Tennessee from 2005-11, went 4-2 against Kennedy’s squads when he was the head coach at Ole Miss from 2006-18.

The COVID pandemic has forced many schedule changes across the college basketball platform … On Tuesday, the Bucs had to postpone their game against UNC Asheville due to two positive tests among Tier I members of the program, while ETSU’s game vs. UVA Wise on Dec. 18 was postponed due to COVID concerns inside the Cavaliers’ program.

When it comes to the Bucs’ defense they follow their mantra of #ETSUTough … ETSU is holding its opponents to 60.0 points per game and 37 percent shooting from the field .. The Bucs have also forced 58 turnovers in their first three games  … Overall, the Blue and Gold rank 22nd in turnovers forced (19.33), and 37th in field goal percentage defense and scoring defense.

INSIDE THE DEFENSIVE NUMBERS VS. MTSU

The Bucs turned to their defense to generate their first win of the season  with the 57-43 victory over MTSU on Nov. 27 at the Gulf Coast Showcase … The 43 points scored by MTSU marked its fewest in a game since being held to 44 against Oklahoma State on Dec. 16, 2014 … In addition to the 43 points allowed, ETSU forced the Blue  Raiders into 27 turnovers … The 27 forced turnovers were the most forced by the Bucs in a single game since forcing 29 against Appalachian State on Nov. 15, 2011.

Ledarrius Brewer is already nearing the 1,000-point mark as he scored 857 points in 63 career games at Southeast Missouri State … Brewer, who is 143 points shy of the 1,000-point club, also made 123 three-pointers in his career.

The Bucs’ 131 wins over the last five years are the sixth-most among mid-major programs (excluding the Power 5 Conferences, the Big East Conference and American Athletic Conference) and rank 15th in the nation among all teams ... ETSU, Kansas, Gonzaga, Duke, Kentucky and Villanova are currently the only teams to have posted at least 24 wins a season during this span.

Since the start of the 2015-16 season, ETSU and has compiled a 131-45 record … The 131 wins are the most over a five-plus year stretch in program history ... Since this span, ETSU has totaled 130 wins, which tops all SoCon teams … The Bucs have an 11-win advantage over the second-best team in UNCG during this run.

Tonight marks just the fourth all-time meeting between the two programs with UAB winning the previous three … This is the first meeting between the two teams since Dec. 4, 2009 when the Blazers won 74-52 … The first ever meeting was back on Dec. 15, 1984  when UAB won 72-57 in Johnson City, while the Blazers won 62-44 the following year in Birmingham.