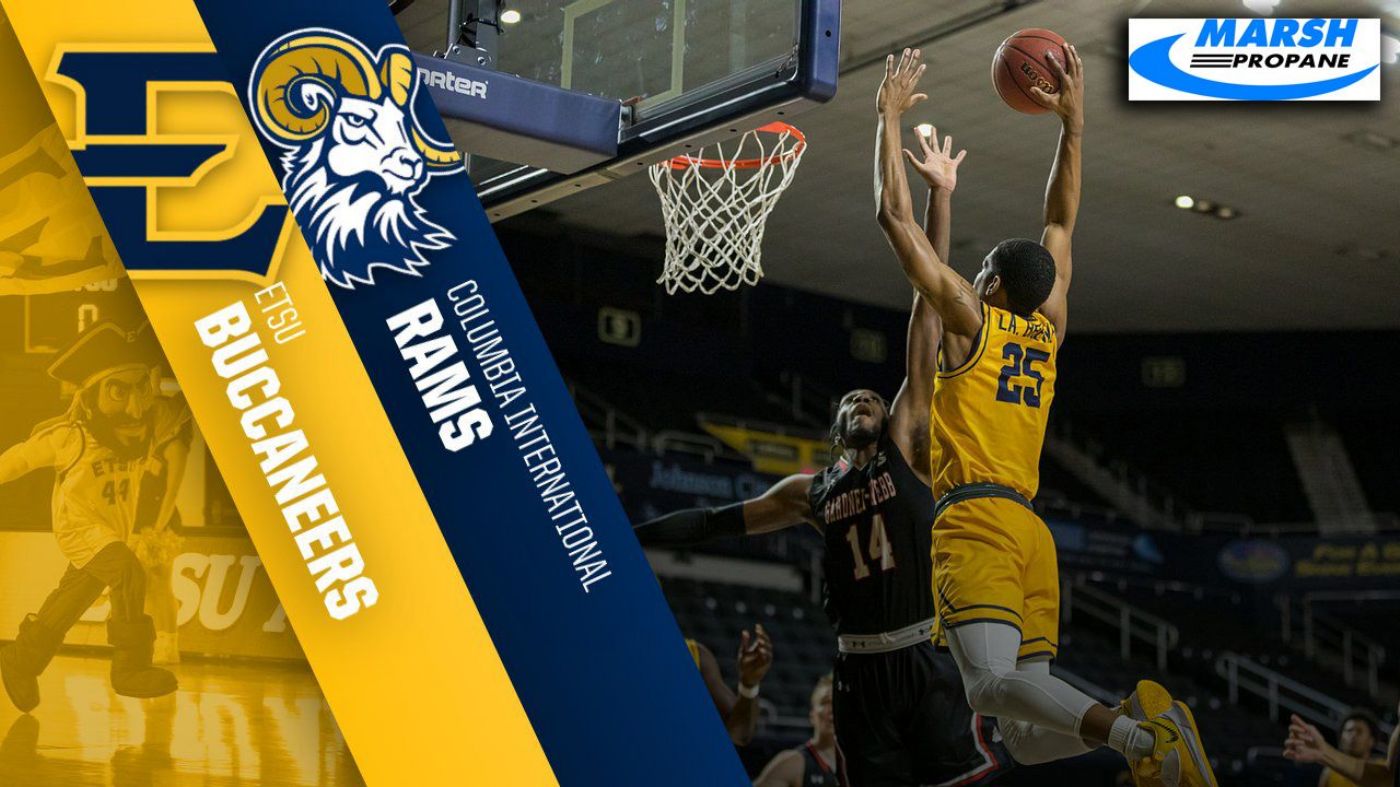 The Bucs were scheduled to play USC Aiken, however, due to COVID concerns within the Pacers program, ETSU was forced to find a new opponent.

Thursday’s game will be streamed live on ESPN+ with Mike Gallagher and Bruce Tranbarger on the call; CLICK HERE FOR LIVE VIDEO

The Bucs are coming off a 65-60 win over Gardner-Webb on Tuesday night behind senior point guard David Sloan’s (Louisville, Ky.) career-high 18-point effort. Sloan also finished with seven assists and two steals. Junior Ledarrius Brewer (Meridian, Miss.) – whose first-half dunk made No. 5 on SportsCenter Top 10 – added 14 points and four rebounds, while senior Vonnie Patterson (Louisville, Ky.) pitched in with 10 points, three assists and two steals. Patterson also knocked down the Bucs’ first three-pointer of the night – extending their streak to 1,040 straight games with a triple – the fifth-longest mark in the country.

The win marked the first home victory for first-year head coach Jason Shay as the Bucs improved to 2-3 on the young season.

As a team, ETSU’s defense is one of the top in the country as the Blue and Gold rank 31st in field goal percentage defense (36.9), 40th in scoring defense (61.0) and 49th in turnovers forced (17.4). Overall, the Bucs have held four of their five opponents below 70 points this season.

Columbia International dropped to 5-3 after a 94-82 loss at Reinhardt on Tuesday night.

This marks the fifth  Division I opponent the Rams have played as they also faced Coastal Carolina, Mercer, The Citadel and most-recently Liberty. Following Thursday’s game, CIU will head over to Boone and take on Appalachian State Friday night.

The Rams are led by Corey Benton as he’s averaging 26.1 points game, while adding 6.3 rebounds and 4.5 assists. Benton scored 48 points in a 110-108 double-overtime loss to Truett McConnell back on Dec. 2. Benton ranks 11th among all NAIA Division I leaders in scoring.

As a team, the Rams rank 15th nationally in scoring offense (93.0 ppg), while they are allowing 86.8 points per game.

This will mark the first ever meeting between ETSU and Columbia International.