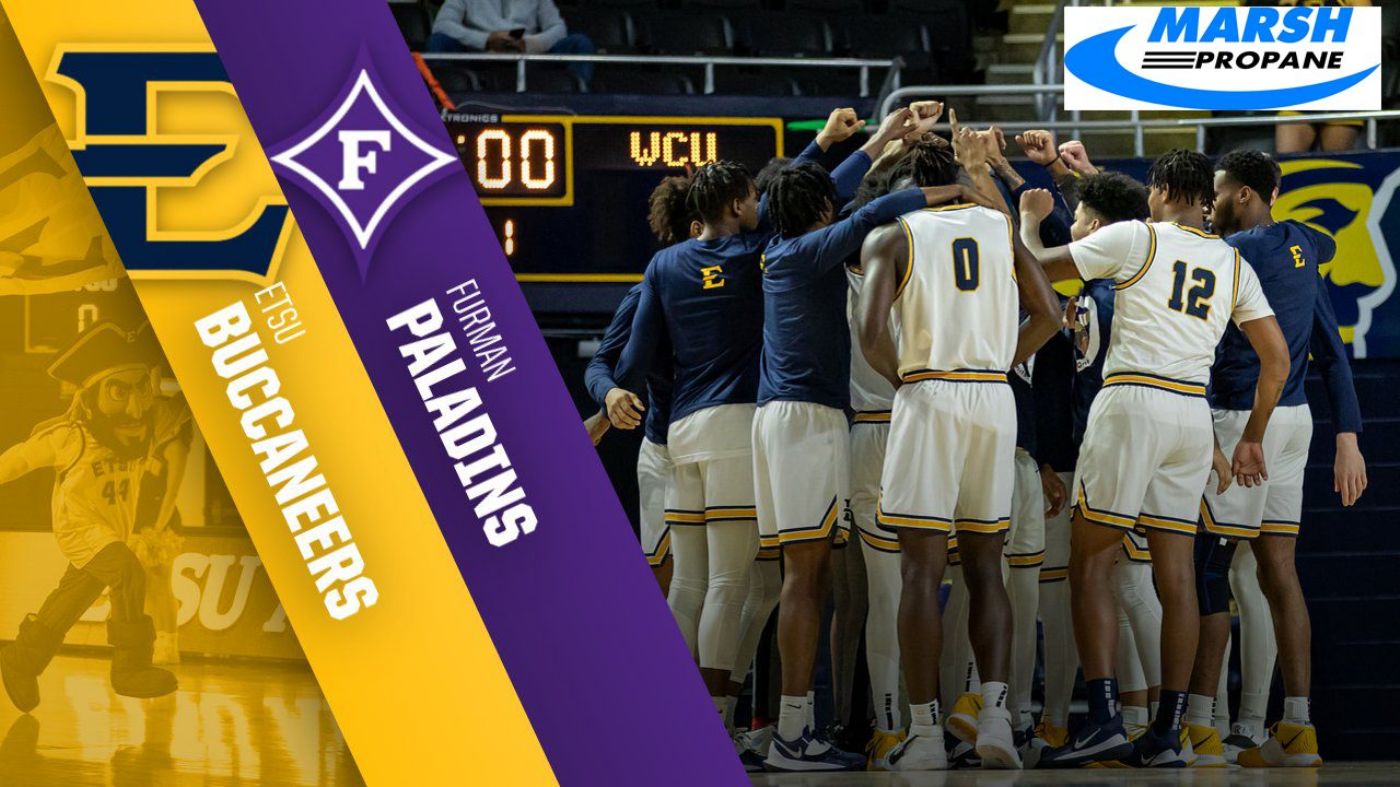 Bucs return to action for first time since Jan. 2

GREENVILLE, S.C. (Jan. 15, 2021) – After a two-week pause due to COVID, the ETSU men’s basketball team returns to action this Saturday as the Buccaneers gear up for a first-place showdown with Furman on Saturday. Tip-off for the ESPNU broadcast is set for 4 p.m. inside Timmons Arena.

Saturday’s game will be televised on ESPNU as Roy Philpott and Noah Savage will be on the call; CLICK HERE FOR LIVE VIDEO

ETSU enters Saturday’s battle for first place in the SoCon at 6-4 overall and 2-0 in conference play … The Bucs, who were put on pause from Jan. 4-12 due to a positive COVID-19 test, last played on Jan. 2 when ETSU defeated UNCG, 71-61 … Through their two league games this season, the Bucs have four players scoring in double figures, while seven players are averaging at least seven points per game.

For the first time in two weeks, the Bucs will be back in action after having to put activities on pause following a positive COVID-19 case following their 71-61 win over UNCG on Jan. 2.

Due to being put on pause, ETSU was forced to postpone three games during that stretch – its Jan. 6 game vs. VMI, Jan. 9 at Wofford and Jan. 13 vs. Samford … The Bucs will now play VMI on Monday, Jan. 18,  Samford on Feb. 1 and at Wofford on Feb. 15 … Starting on Saturday, the Bucs will play eight games over a 19-day stretch, while playing five games over a 12-day stretch from Jan. 23 thru Feb. 3 … Of the eight games over the 19 days, five will be played at home.

Since the start of the 2015-16 campaign, ETSU has won the most games in the Southern Conference with 73 victories … Furman (69), UNCG (68) and Wofford (62) are the other top win leaders in league play during this span.

In the Bucs’ 71-61 win at UNCG on Jan. 2, the Blue and Gold dominated the glass as they outrebounded one of the top teams in the country by 17, 46-29 … ETSU also grabbed 16 offensive rebounds and turned those into 22 second-chance points … The Bucs’ 16 offensive rebounds were the most by an ETSU team since grabbing 20 at Samford last Feb. 22.

Junior guard Serrel Smith’s career night helped guide the Bucs to a 71-61 road win at UNCG on Jan. 2 … Smith, who was 5-of-8 from the field and 3-of-4 from beyond the arc, scored a career-high 16 points inside Greensboro Coliseum … Smith’s previous career high was 14 points against Ohio State back on Feb. 23, 2019 when he played at Maryland … In his three games prior the UNCG game, Smith scored 18 points on 4-of-14 shooting (1-of-6 from beyond the arc) … For the season, Smith has scored 70 points in 10 games, with his 16-point performance making up for 23 percent of his scoring output on the season.

Furman, who is ranked No. 4 in the Mid-Major Top-25 Poll, carries a four-game win streak into Saturday’s game as the Paladins sit 9-3 overall and 3-0 in league play.

Furman was picked to win the SoCon by the media and selected second by the coaches.

Last season, both teams defended their home floor with Furman winning the first meeting 65-56 on Jan. 4, 2020, while the Bucs returned the favor with a 75-66 on Feb. 19 in front of a capacity crowd of 6,177 inside Freedom Hall … Since the Bucs returned to the league in 2014-15, neither team has swept the regular season series (last sweep was by ETSU in 1993-94; Furman's last sweep came in 1986-87) ... Furman owns a 16-10 record in games played in Greenville, while winning five of the last six and eight of the last 11 at home … The Bucs’ last win inside Timmons Arena was a 62-61 victory on Jan. 18, 2018, when senior guard and current Director of Player Development Desonta Bradford hit a floater in the lane with 4.5 seconds remaining.

ETSU heads home to host VMI Monday night at 7 p.m. … The game was originally scheduled for Jan. 6 but was postponed due to COVID.