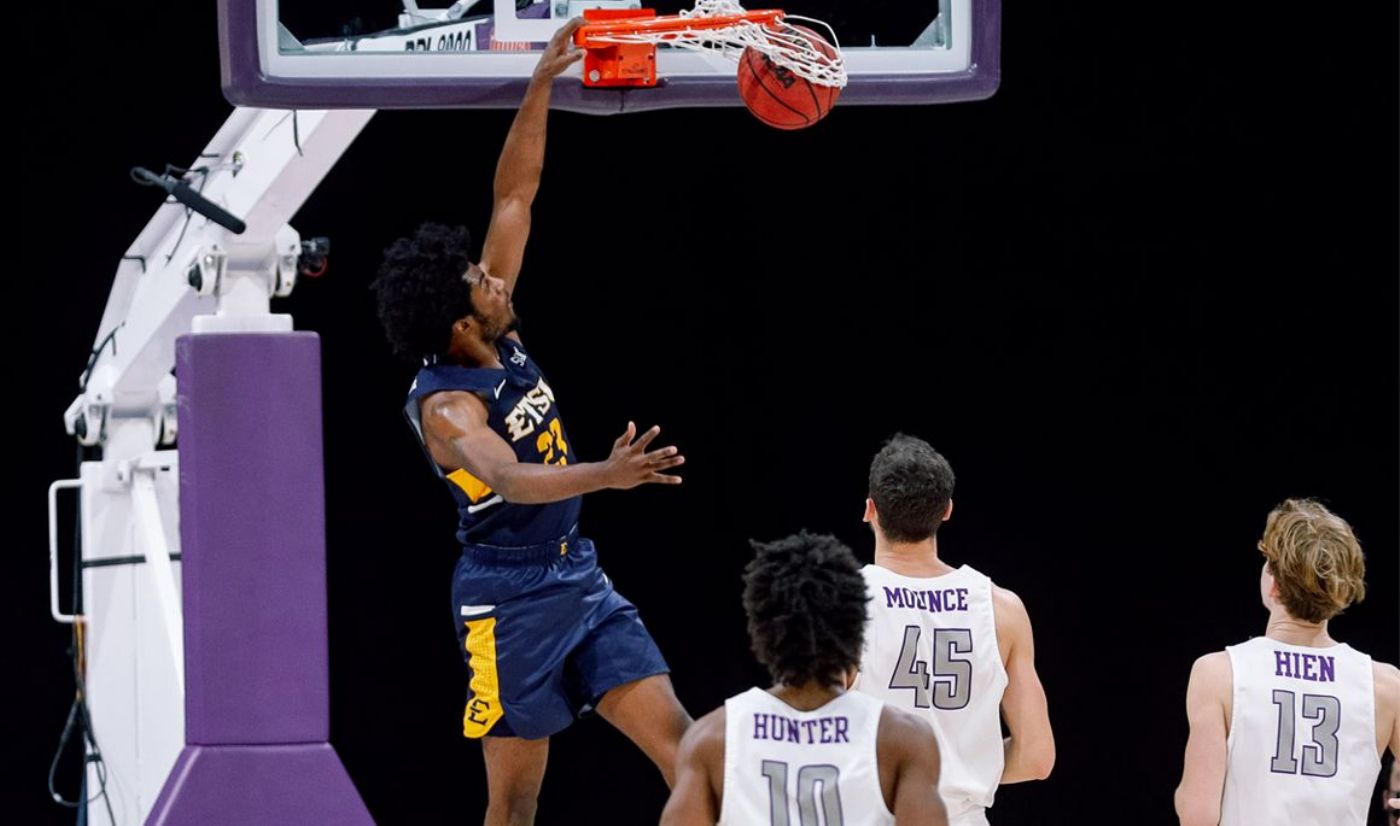 GREENVILLE, S.C. (Jan. 16, 2021) – Despite not having the services of leading scorer Ledarrius Brewer (Meridian, Miss.), the ETSU men’s basketball team still went toe-to-toe with league-leading Furman in front on a national audience on ESPNU.

Unfortunately, in game that featured 11 ties and 16 lead changes, the Paladins pulled away late by closing the final eight minutes on a 17-6 run to hand the Buccaneers a 78-66 setback on Saturday evening inside Timmons Arena.

The Bucs did cash in 16 Furman turnovers into 21 points.

Junior Serrel Smith (St. Petersburg, Fla.) reached double figures as he finished with 13 on 5-of-10 from the field, while senior David Sloan (Louisville, Ky.) also added 13 points to go with five assists.

The first half saw nine ties and 12 lead changes as the Paladins took a 37-35 lead into the break. The Bucs grabbed their first lead of the night when a three-pointer by Patterson made it 7-6 early on – and after Furman took a two-point lead into the first media timeout – the Blue and Gold responded with four straight points to take a 15-13 lead following a jumper by Monsanto at the 13:41 mark. From there, the Paladins took their largest lead of the frame as Mounce grabbed an offensive rebound and laid one in, making it 23-19, at the midway point. ETSU was able to take a pair of three-point leads down the stretch at 28-25 and again at 30-27, but the Paladins held the slight advantage at intermission thanks to a three-pointer by Bothwell with 20 ticks left.

Much like the first half, the early stages of the second were tightly contested as neither team led by more than four points, until the Bucs rattled off eight straight to go ahead 52-47 with 12:17 remaining. ETSU was unable to build on its largest lead of the night as Mounce knocked down a corner three following a lay-up by Monsanto to pull within two – resulting in a Furman timeout at the 12-minute mark. The Blue and Gold were able to hold a pair of three-point leads, but the Paladins always answered.

Then with Furman leading 61-60 with 8:34 remaining, the Paladins closed things out on their 17-6 run – holding ETSU scoreless in the final two minutes and fifty-five seconds to secure the 12-point win. The Bucs had chances late to cut into Furman’s seven-point lead, but two straight turnovers over a 30-second stretch cancelled any comeback. Following the Bucs’ second turnover, Bothwell drained his second three-pointer, pushing Furman’s lead into double figures for the first time of the night with 1:26 showing on the clock.