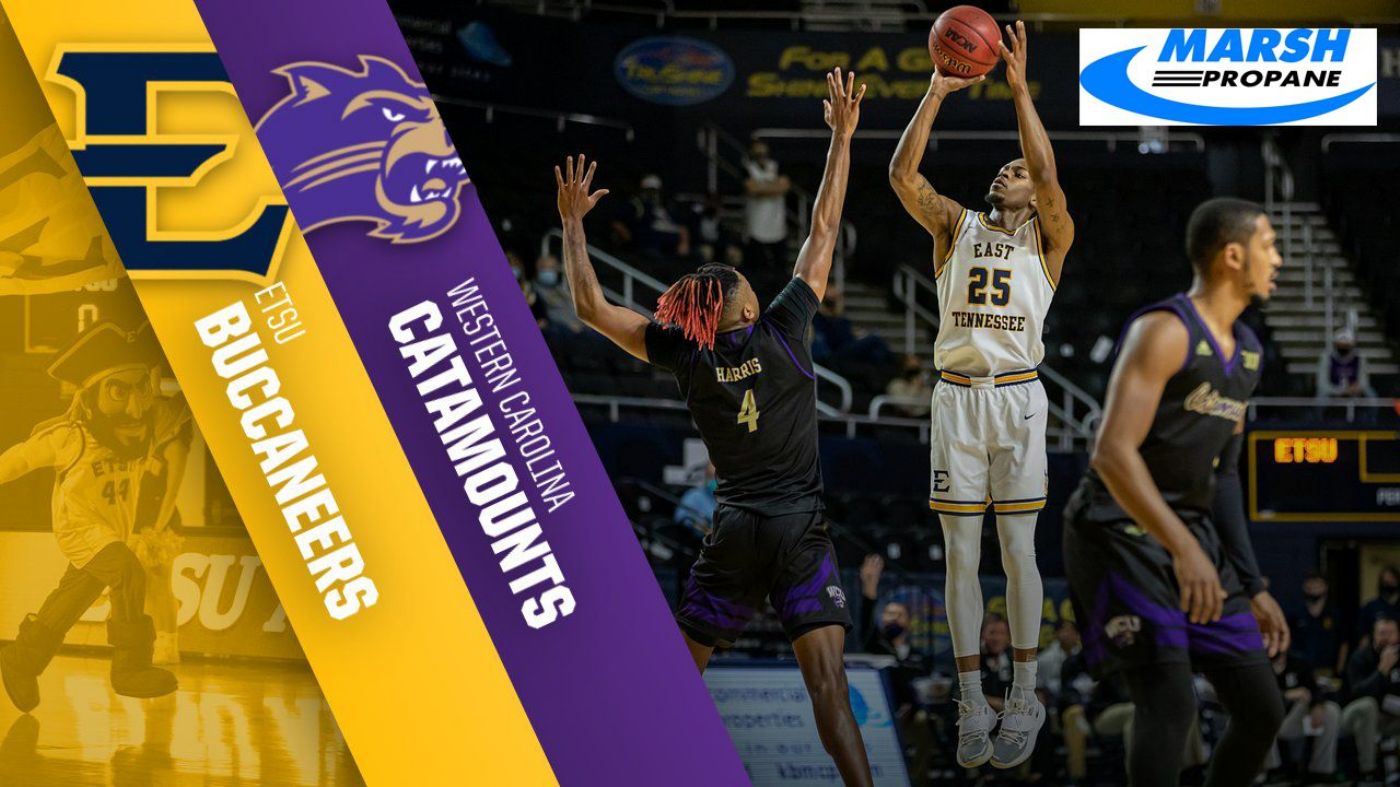 CULLOWHEE, N.C. (Jan. 19, 2021) – Coming off a record-setting three-point performance on Monday, the ETSU men’s basketball team looks to carry the hot shooting into its midweek clash with the Western Carolina Catamounts. Wednesday’s tip-off is set for 4 p.m. inside the Ramsey Center.

Wednesday’s game will be streamed live on ESPN+ as Daniel Hooker and Jeff Bryson will be on the call; CLICK HERE FOR LIVE VIDEO

ETSU, who made a school-record 16 three-pointers in Monday’s 92-81 win over VMI, enters Wednesday’s game with an overall record of 7-5 and a SoCon mark of 3-1.

The Bucs have won six of their last eight games.

Ledarrius Brewer (Meridian, Miss.) is averaging 20.7 points per game in three league games, which is tied for the fifth-highest mark in the SoCon … Brewer leads all SoCon players with 3.3 steals per game in league action, while he’s also tied for fifth in rebounding (7.7), ranks fifth in field goal percentage (.553) and sixth in three-point shooting (.476) … His brother Ty Brewer leads all SoCon players in three-point shooting (.615).

ETSU put on a three-point shooting clinic in Monday’s 92-81 win over VMI as the Bucs knocked down a school-record 16 triples … The Blue and Gold were 7-of-16 from beyond the arc in the first half before going 9-of-14 (64.3 percent) from long range in the second stanza … Six different Bucs accounted for the 16 makes with Ledarrius Brewer hitting five, Serrel Smith and Damari Monsanto knocking down three, David Sloan and Ty Brewer each had two and Charlie Weber made his first three of the season in the first half … Damari Monsanto set the record when his three from the corner made it 86-76 with 1:34 remaining … Overall, ETSU shot a season-high 53.3 percent from 3-point range, while the Bucs became the fifth SoCon school this season to make at least 16 threes and shoot over 53 percent in a game (Wofford, Furman, Samford and Citadel) … In total, only 25 Division I programs this season have made at least 16 threes and shot over 53 percent from three … The last time ETSU shot over 50 percent from beyond the arc was last Feb. 1, when the Bucs connected on 56.3 percent (9-16) in the 82-65 win over UNCG … Overall, the Bucs have shot over 53 percent from beyond the arc 17 times since the start of the 2010-11 season.

Ledarrius Brewer is nearing the 1,000-point mark as he scored 811 points in 60 career games at Southeast Missouri State and has totaled 186 points in 11 games as Buccaneer … Brewer, who is three points shy of the 1,000-point club, has also made 146 three-pointers in his career.

Red-shirt freshman guard Damari Monsanto collected his first collegiate double-double in Monday’s 92-81 win over VMI … Monsanto, who was 7-of-12 from the field, finished with 19 points and a career-high 14 rebounds in 33 minutes of work … Monsanto’s 14 rebounds were just eight less than VMI’s team, his 11 defensive boards were six fewer than VMI and his three offensive rebounds were two shy of the Keydets’ five … Monsanto became the 45th Division I player to post at least 19 points and 14 rebounds in a game this season, while he’s the third SoCon player to do so (Xavier Cork of WCU and Hayden Brown did twice for Citadel).

MONSANTO MAKING MARK AS A STARTER

Since the start of the 2015-16 season, the Bucs have bounced back following a loss as ETSU is 34-7 in those contests (not including postseason games) ... In addition, ETSU has only had five occasions of losing two or more games during this run.

Since the start of the 2015-16 campaign, ETSU has won the most games in the Southern Conference with 74 victories … Furman (70), UNCG (70) and Wofford (63) are the other top win leaders in league play during this span.

After winning seven of its first nine games to start the season, Western Carolina has dropped three straight games and sit at 7-5, 0-3.

The Catamounts are 3-0 at home this season.

Four of Western Carolina’s five losses have been by eight points or less, including a pair by two points.

The Catamounts are led by Mason Faulkner as he’s averaging 17.6 points per game, while Matt Halvorsen is adding 15.4 points and Xavier Cork is posting 15.0 points per game.